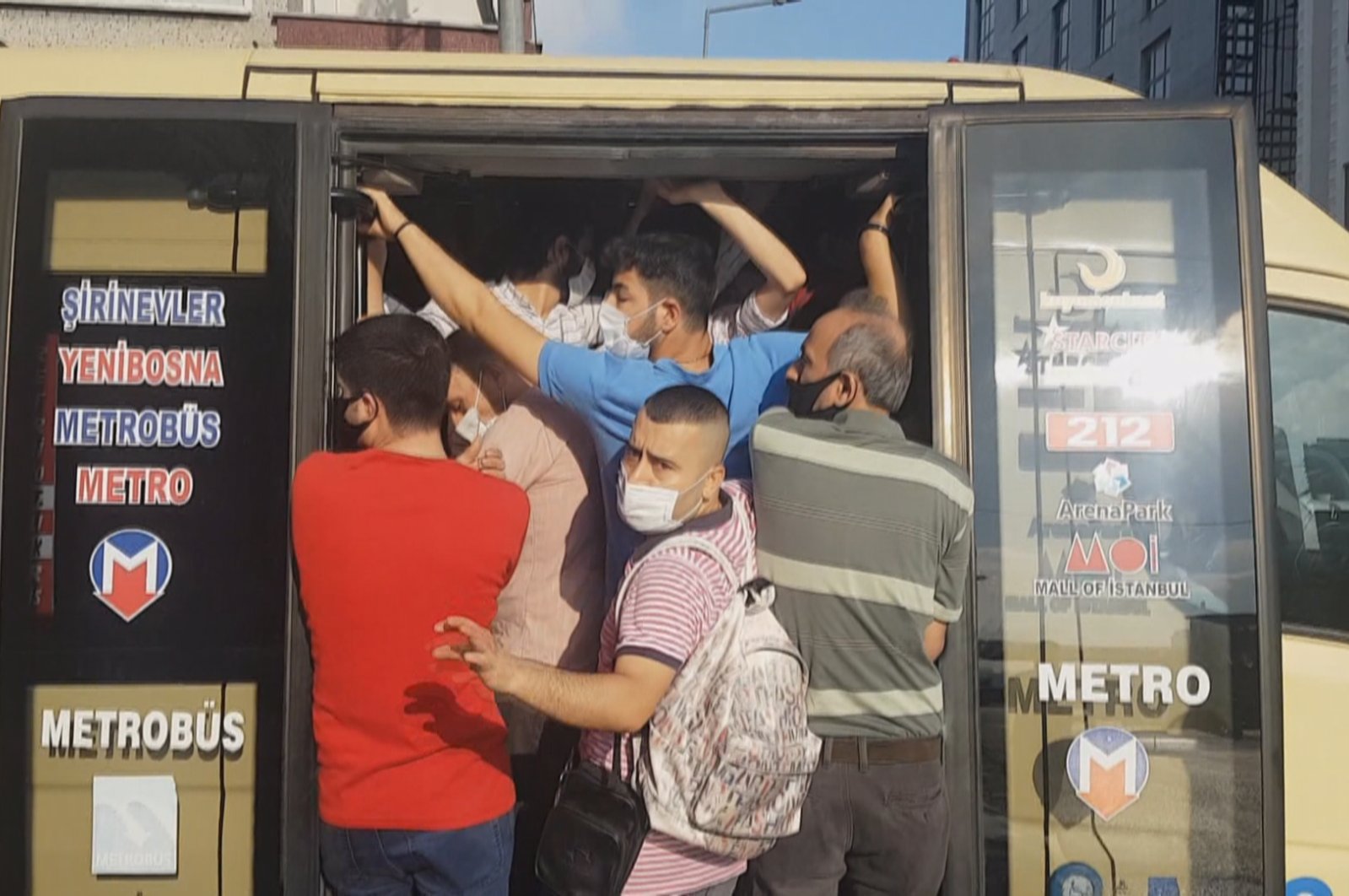 Since the beginning of the coronavirus outbreak, Turkey's Health Ministry has repeatedly said that the majority of cases were in Istanbul – an unsurprising reality for the country's most populous city by far. While many expected the virus to have a second wave with the government's decision to lift travel restrictions, a recent report released by the ministry indicates that it didn't come to pass.

According to a 28-day detailed coronavirus report by the health ministry, as of June 28, Istanbul still had the majority of cases. It was also the city that saw the most new infections.

The report also highlights that men make up the majority of cases and fatalities all across the country.

According to the ministry's data, half of the cases in the country have struck Istanbul, which has seen close to 110,000 cases.

Released in both Turkish and English, the report describes the ongoing situation that developed in Turkey from the onset of the pandemic in March to June 28. The report states that there are about 200,000 coronavirus patients in Turkey, more than 105,000 of whom have been hospitalized. It is also detailed that 21% of hospitalizations took place between the dates of June 1 and June 28, adding that 93.4% of hospitalized patients had been discharged from hospital.

The ministry said that the death rate of the COVID-19 cases in Turkey currently stands at 2.57%.

In Istanbul, 700 of every 100,000 people have been infected with the virus. Istanbul is followed by the eastern Marmara region, which has almost 22,000 cases of the virus. The least number of cases, however, were in the Mediterranean region and central Anatolia.

The report also reveals that 62% of people who died from COVID-19 were men. More than half of the overall deaths were also recorded in Istanbul.

The total number of cases rose to 202,284, the minister stated, while the death toll reached 5,167. Koca also revealed the top five provinces with the biggest number of cases, which were Istanbul, Ankara, Gaziantep, Konya and Bursa.

Previously on Wednesday, Koca warned that there was no scientific data that the coronavirus' virulence has lessened or that the virus' infection speed has dropped.

“We have succeeded in bringing the number of new daily cases to below 1,000, but we have been concerned about another rise in recent days. As a matter of fact, this is something that can be easily taken under control. Most of the measures we have taken are easy to comply with. This fight against the pandemic does not require the impossible from us,” Koca said.

Survivor tells of his plight

Dr. Harun Arslan was the director of the health authority in Kartepe, a ski resort town in northwestern Turkey, when he was infected with the coronavirus. After recovering in a few weeks, Arslan returned to his post but recalls his days with the virus as a solitary time.

He was diagnosed with COVID-19 on June 17 after he complained of a sore throat and fatigue while at work. “I was chatting with my friends when they called me from the laboratory and told me I was positive. When I told my friends, they suddenly left the room. I was all alone there,” he told Anadolu Agency (AA) on Friday.

Arslan stayed in the hospital for seven days before being discharged and sent home where he recovered in self-isolation. “The first days were days of anxiety. I was trying to check my body on my own, if I had breathing problems, any joint pain or a fever. I was never that careful about my body before. I recovered in a short time but may God not give this pain anyone else. Even the mental distress the disease gives is worrying. You are alone in a hospital room and only health care workers visit you and for medication only. Family and friends phoned and asked me if I needed anything. I told them I only needed prayers. You have no other option,” he said. As a doctor, he was more or less aware of what he would go through but still could not keep himself from “thinking negatively.”

“My whole life flashed before my eyes. I thought about my loved ones and noticed I had too many ‘if only's’ in my life. After I was discharged, I realized I was trying hard to spend more time with my family,” Arslan said. Back at work, he now strives with his team to respond to the pandemic and calls on the public to be more careful in complying with measures. “You cannot know when the virus will hit you. I don’t know how I was infected. Maybe it was a touch of a doorknob or getting too close with someone, not caring about social distancing,” he said.