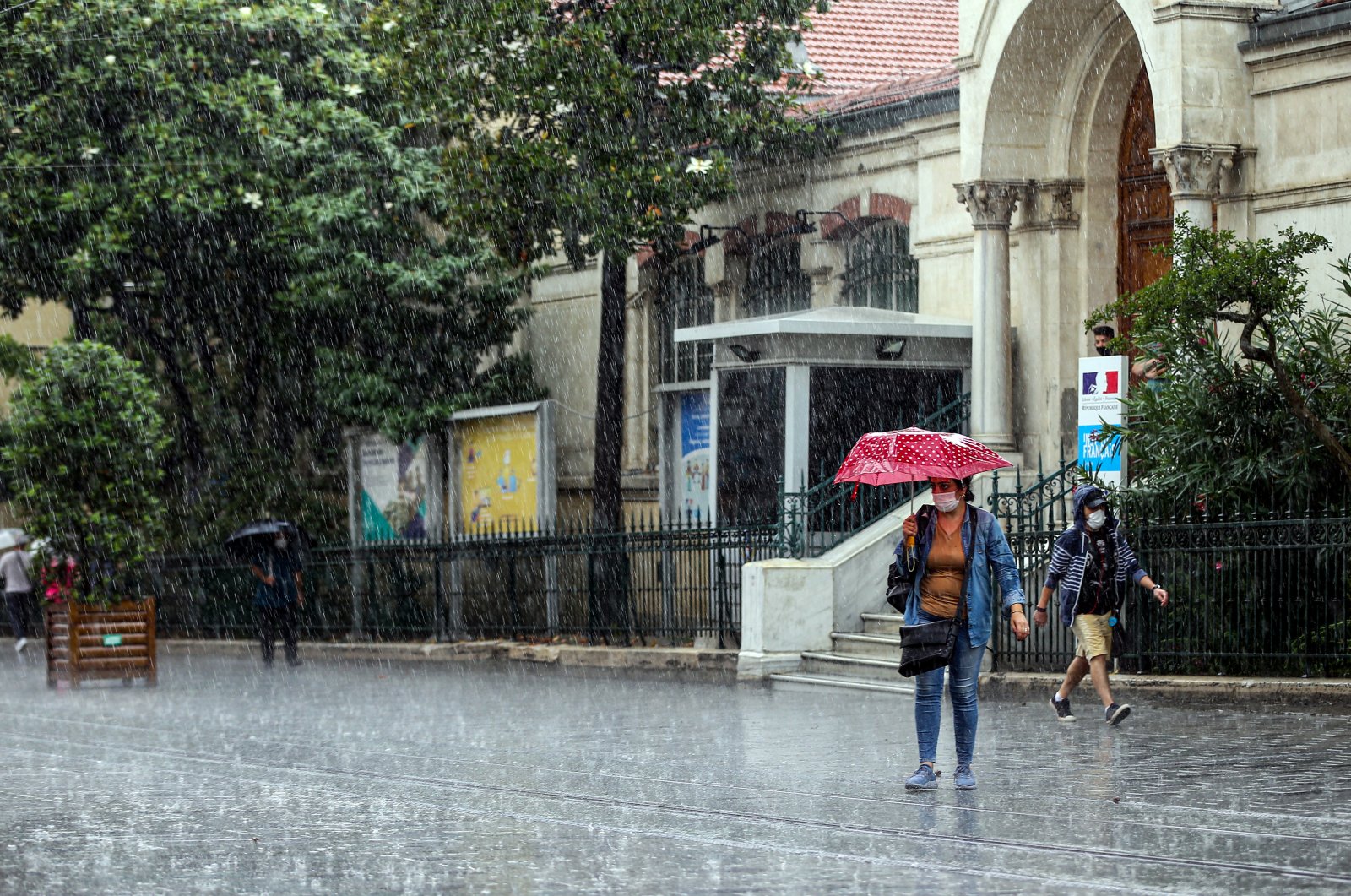 Turkey's General Directorate of Meteorology had been warning city-dwellers of the expected rainfall.

Residents of Istanbul’s Sultangazi and Gaziosmanpaşa districts scrambled as the rainfall hit suddenly, seeking shelter from the strong winds.

Meanwhile, a tornado formed in the city’s western Büyükçekmece district which was captured on camera by locals.

A hail squall also battered different parts of the city.

Summer hail storms in Istanbul have caused significant damage to cars and buildings in recent years.

The city's Esenyurt district was particularly hit hard by the storm. At least 10 people were stranded on the roof of a bus when flash floods hit the district.

Rescue teams were dispatched to the scene.

A small river passing through the district's Pınar neighborhood also overflowed due to the heavy rainfall.

A local bazaar was also badly affected, as sellers tried to save their goods and find shelter.

Istanbul's Basın Ekspres Highway, which is situated near the now-defunct Atatürk Airport, was also severely affected by the flash flood.

On the Anatolian side, Üsküdar and Kadıköy were battered by some strong wind and rainfall.