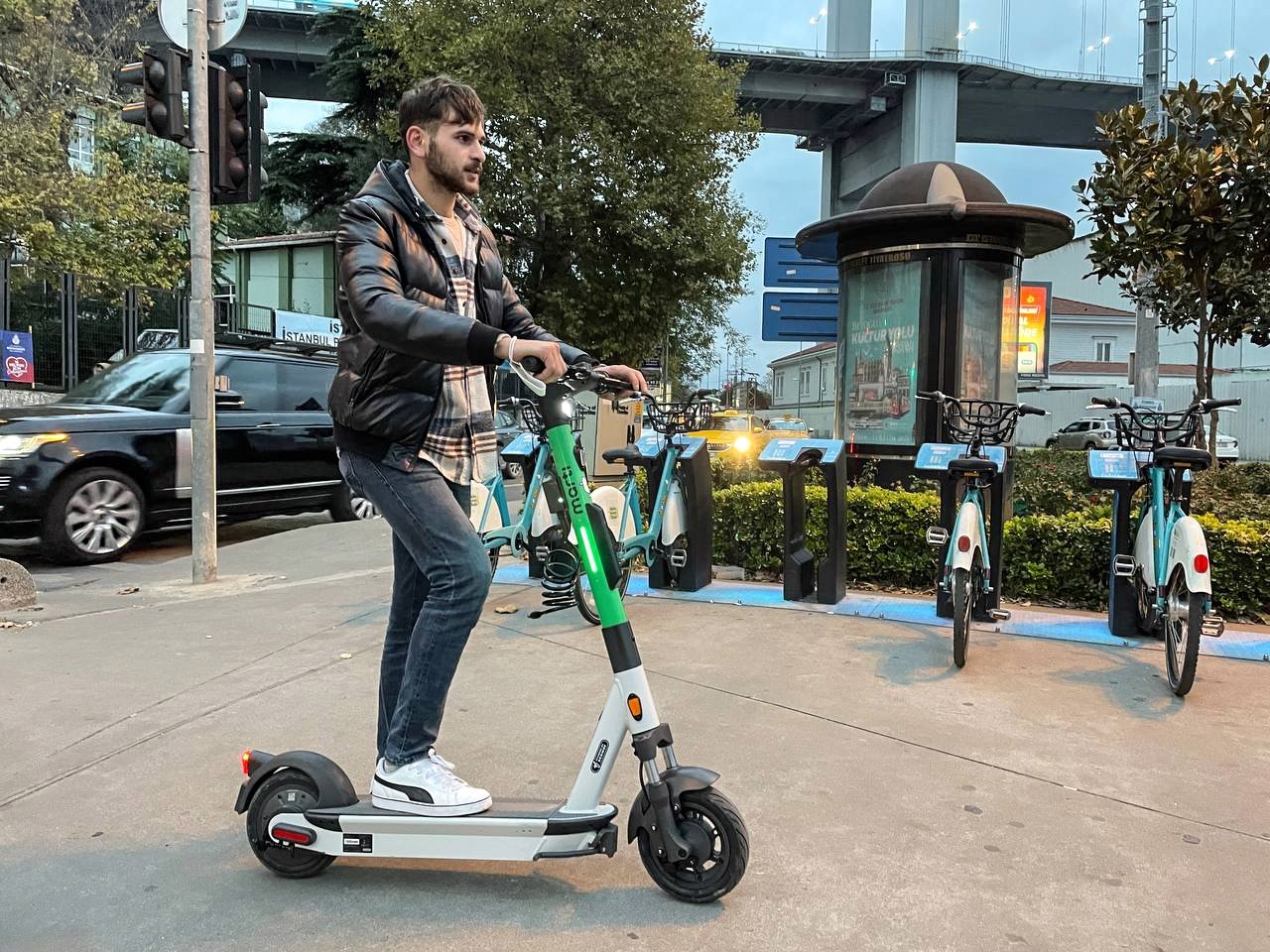 A total of 253 electric scooter users were penalized during inspections conducted in Istanbul in the seven months after the regulation governing the use of electric scooters came into force on April 14, 2021, after being published in the Official Gazette.

According to the information received by an Anadolu Agency (AA) reporter from the Traffic Inspection Branch of the Istanbul Police Department, 1,229 inspections were carried out throughout the city between April 14, 2021, when the Electric Scooter Regulation came into force, and Nov. 11, 2021.

During these inspections, 253 electric scooter users were penalized for violating the provisions of the regulation.

Action was taken on the following grounds: 51 of the electric scooter users drove dangerously, 11 of them did not obey road marks and traffic signs and four of them were fined for driving through a red light.

During the inspections, 187 people were fined for violating other rules in the regulation.

In the inspections carried out by the Traffic Control Branch Directorate, the amount of fines applied to users who violated the rules was TL 157,850 (around $14,100).

Scooter users complain of sudden movements of other vehicles

Electric scooter user Rıdvan Yeşilçeçen said that he usually uses the vehicle between Beşiktaş and Kuruçeşme to go to work.

Yeşilçeçen stated that he knows almost all the rules to follow, and is careful not to go in the middle lane and not to zigzag in traffic. Complaining about motorcycles that change lanes the most in traffic he said: “Motorcycles cause me the most problems because they change lanes unexpectedly. In addition, because pedestrians jump directly onto the road, there is sudden braking. In fact, my friend hit a pedestrian because of this.”

Yeşilçeçen said that no accident causing material damage has happened to him so far and that he has never thought about what rights he has in such a situation.

Another electric scooter user, Mert Samet, said that he was careful not to speed and to obey the traffic rules.

Samet said that he uses an electric scooter while commuting to work and that no major accident has happened to him. He also stated that he does not know his responsibilities and rights in such a situation.

Use on the pavement is a disturbance for pedestrians

The use of electric scooters on sidewalks is a disturbance for pedestrians. A citizen named Serkan Cihan stated that he is complaining about this situation. "My only complaint is that they usually go on the sidewalk because there is no road determined for them. I've seen a lot of crashes and falls. It would be better if the bike paths were increased,” he said.

The regulations have set the rules in detail

The "Electric Scooter Regulation" determines the rules to be followed by companies operating shared electric scooters and for users. It entered into force after being published in the Official Gazette on April 14.

While the regulation aimed to prevent unfair competition and monopolization of companies, the safety rules to be followed by users were also determined in detail.

Those under the age of 15 are prohibited from using electric scooters and riders are not allowed to park in a way that impedes vehicle and pedestrian traffic.