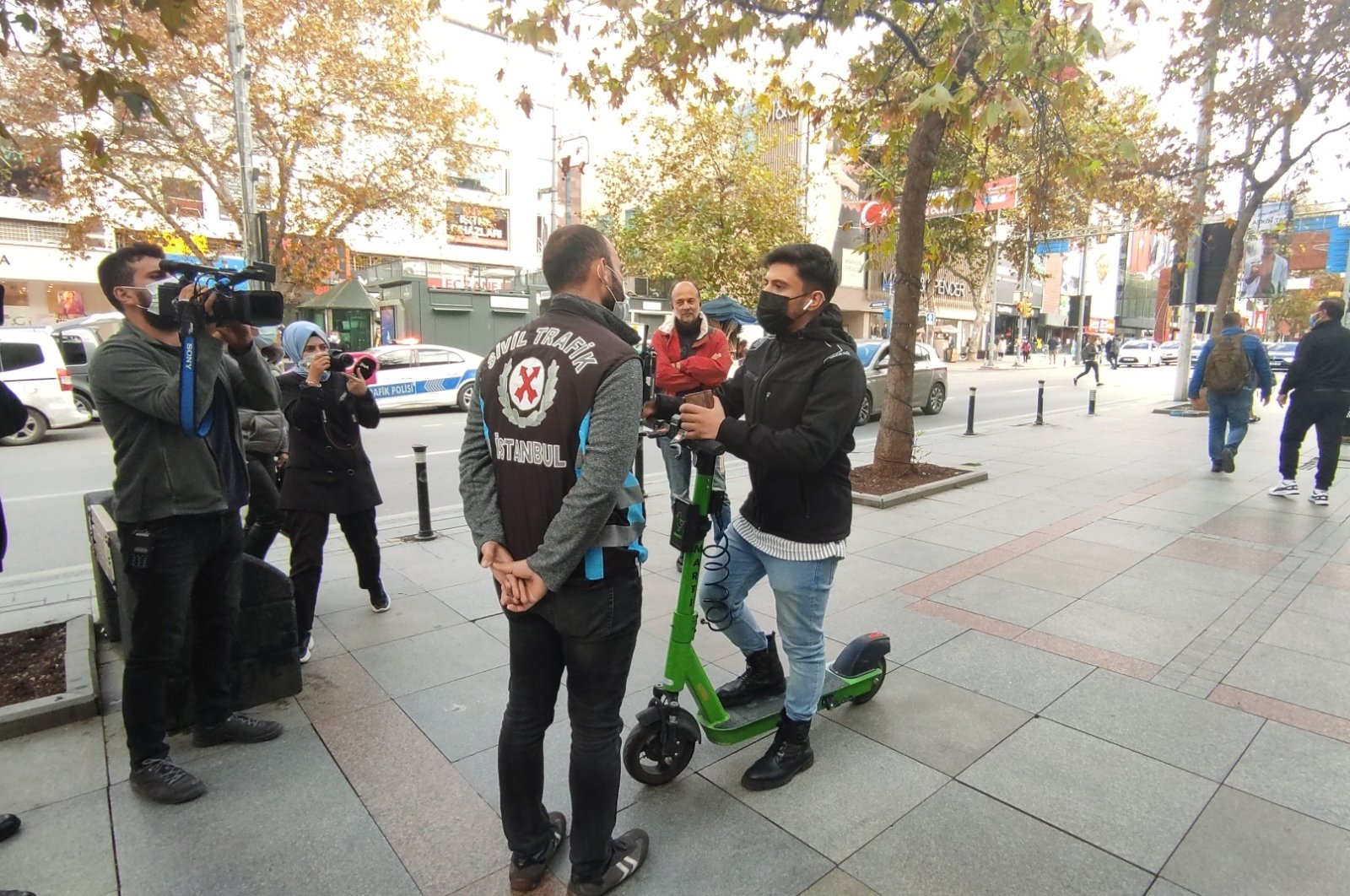 Electric scooters are all the rage in Istanbul as a way to get around troubled traffic. Yet, their riders face criticism for driving in areas designated for pedestrians and ignoring safety rules.

They made headlines earlier this week when a woman scooter rider died when she hit a car in the Ümraniye district. Ilknur Akkaya ran into a suddenly opened door of a car and lost control of her scooter. When she hit the ground, a bus ran over her. The car's driver was arrested on the charges of causing death by negligence and has claimed he properly checked the side of the car before opening the door of his parked car.

Scooters are widely available across the city of more than 15 million people and though some are privately owned, most riders prefer scooters rented through apps. Rental scooters can be left anywhere after their use, causing complaints over inappropriately parked scooters blocking sidewalks. But the main complaint concerns people who ride on sidewalks in a bid to escape traffic. Police stepped up inspections against those riding along pedestrian-only places recently.

For drivers, they are “nightmare.” “They suddenly appear before us. We barely avoid hitting them,” Ömer Erçel, a driver, told Ihlas News Agency (IHA) on Wednesday. “They drive dangerously and fast and their movement is unpredictable. They ignore rules,” he said. The country last year introduced regulations on e-scooters, banning people below the age of 15 from riding them, along with a ban on their use in pedestrian pathways and carrying heavy luggage on e-scooters. Ahmet Paksoy, a driver in Istanbul, claims people of all ages still ride e-scooters and sometimes, two people ride on one scooter at once. “They are not only a disturbance for motor vehicles but also for pedestrians,” he complained.

Violation of rules regarding e-scooter use is subject to fines up to $33 (TL 314). Yahya Murat Alnıaçık, who was fined for riding on a sidewalk in the Beşiktaş district Wednesday, claimed he was unaware that it was something deserving a fine. “I would be more careful if I knew. But I think this is not Istanbul's biggest problem,” he said.