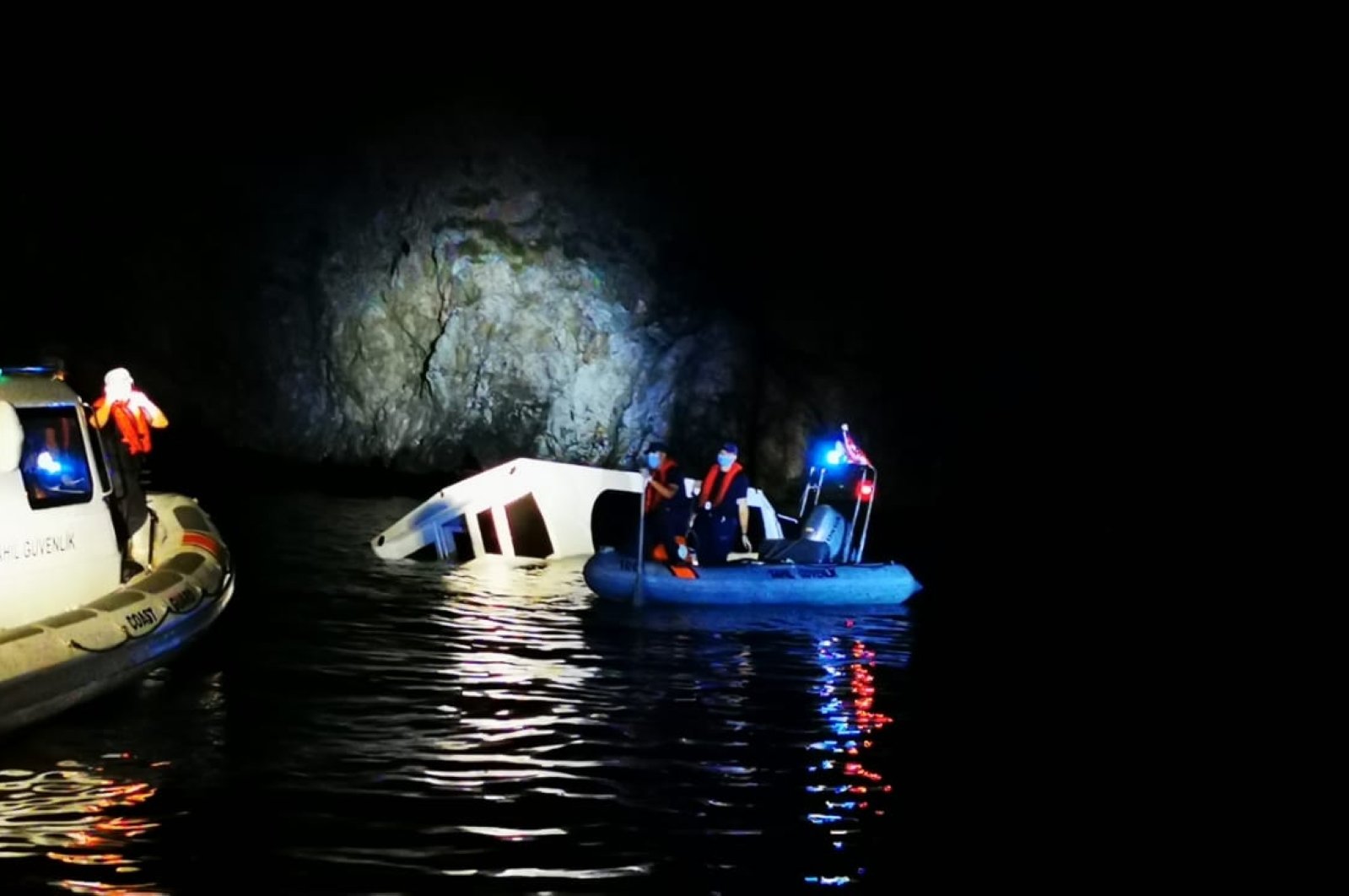 At least 27 people were rescued after a boat capsized late Saturday off Heybeliada island in Istanbul.

Upon notification, the Coast Guard Command and Istanbul Sea Port Branch Office teams were dispatched to the scene.

According to security sources, 11 of the rescued people were taken to nearby hospitals by ambulance; however, there was no threat to their life.

The survivors said they were returning to Bostancı from Heybeliada after birthday celebrations.

“Five to 10 minutes after we got off, the boat started to move to left and right. Then we fell over each other, the boat turned upside down,” said one of the victims.

He added that the captain of the boat did not have a water taxi license.

“The captain closed the door to prevent water from entering, he fled himself first, he left us there. We came face to face with death,” he said.

The Adalar district governor said an investigation into the incident has been started by the police.