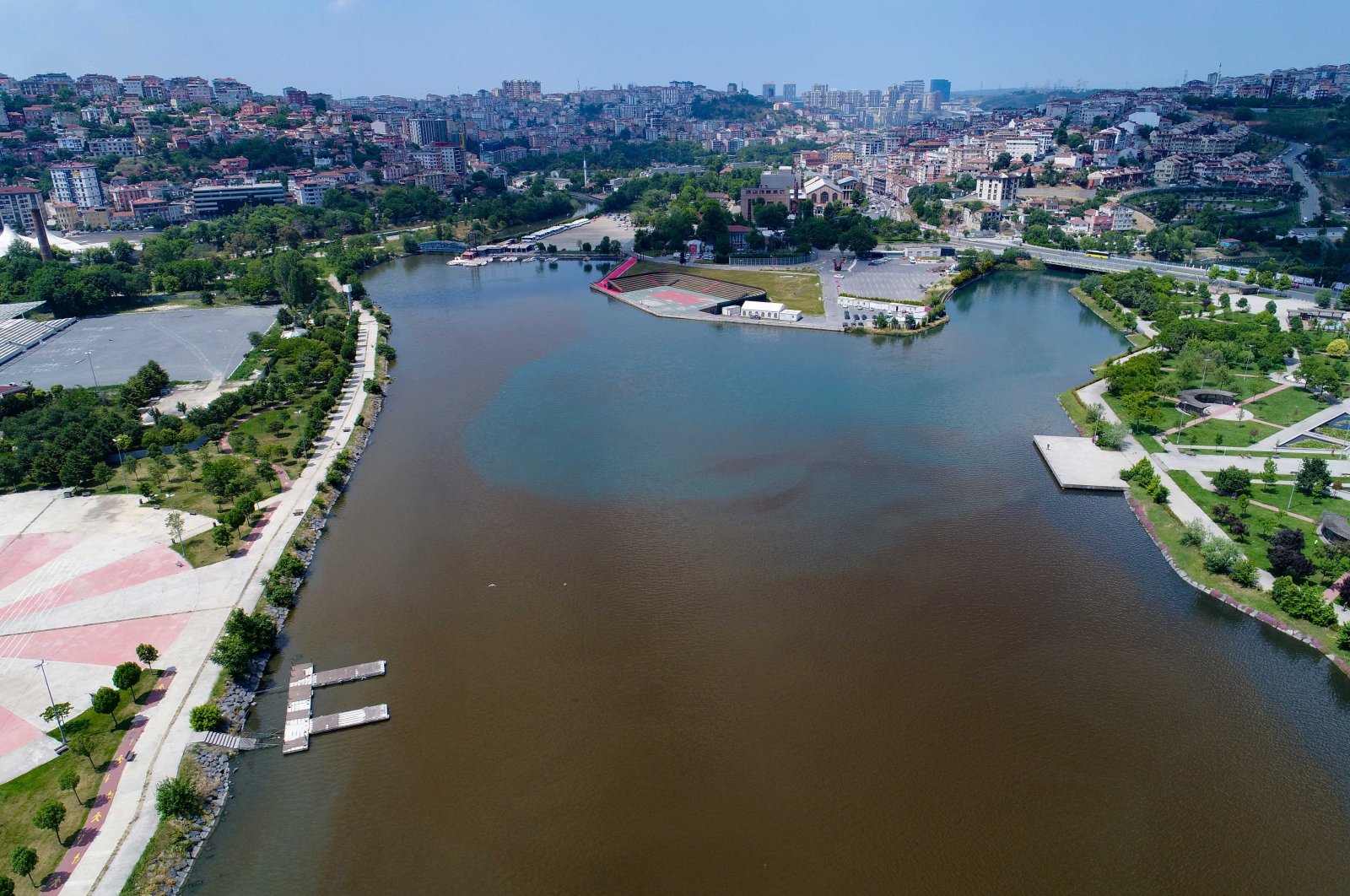 The Istanbul Municipality claims an “algae bloom” is giving Istanbul’s famed Golden Horn its unusual color nowadays, while others are under the impression that the municipality has not been cleaning it up.

Whatever it is, the reddish waters of the Bosporus inlet attracted the attention of the Ministry of Environment and Urban Planning. Ministry teams took samples from the water earlier this week to see whether it is algae or pollutants. Social media, on the other hand, is awash with posts accusing Mayor Ekrem Imamoğlu of neglecting cleaning work. Imamoğlu earlier announced that the municipality would remove 280,000 tons of mud from the Golden Horn within four years, continuing the work of previous administrations. His critics say under Imamoğlu, who took office 10 months ago, the Golden Horn went back to its old, dirty self as it was more than two decades ago.

Incumbent President Recep Tayyip Erdoğan, who rose to fame in politics when he was elected as Istanbul mayor in the 1990s, is credited with thorough cleaning work that turned the inlet into a pristine body of water.

Minister of Environment and Urban Planning Murat Kurum said Monday that it “hurt” to see the Golden Horn in this state and they were researching the causes of the pollution. Kurum had earlier said that the ministry was ready to assist if the municipality does not have resources to keep the Golden Horn clean. Kurum has noted that additional investments in environmental cleaning were required in the area, where the population has swelled over the years.

Professor Mustafa Öztürk, an environmental expert who worked in the team that drafted the project to clean the inlet during Erdoğan’s tenure as city’s mayor, says urgent work is needed on the Golden Horn. Öztürk told the Sabah newspaper that scientists should launch a “transparent” study and collect data on the causes of the color change and lamented the “lack of data” to inspect the current state of the inlet. Öztürk pointed out that the strange color may stem from the municipality’s work to remove the mud from the bottom of the Golden Horn, adding that it was still uncertain if this is the exact cause. “This is an inlet that needs continuous cleaning but with special techniques (to prevent another form of pollution caused by the removal of mud),” he told the Sabah newspaper on Monday.