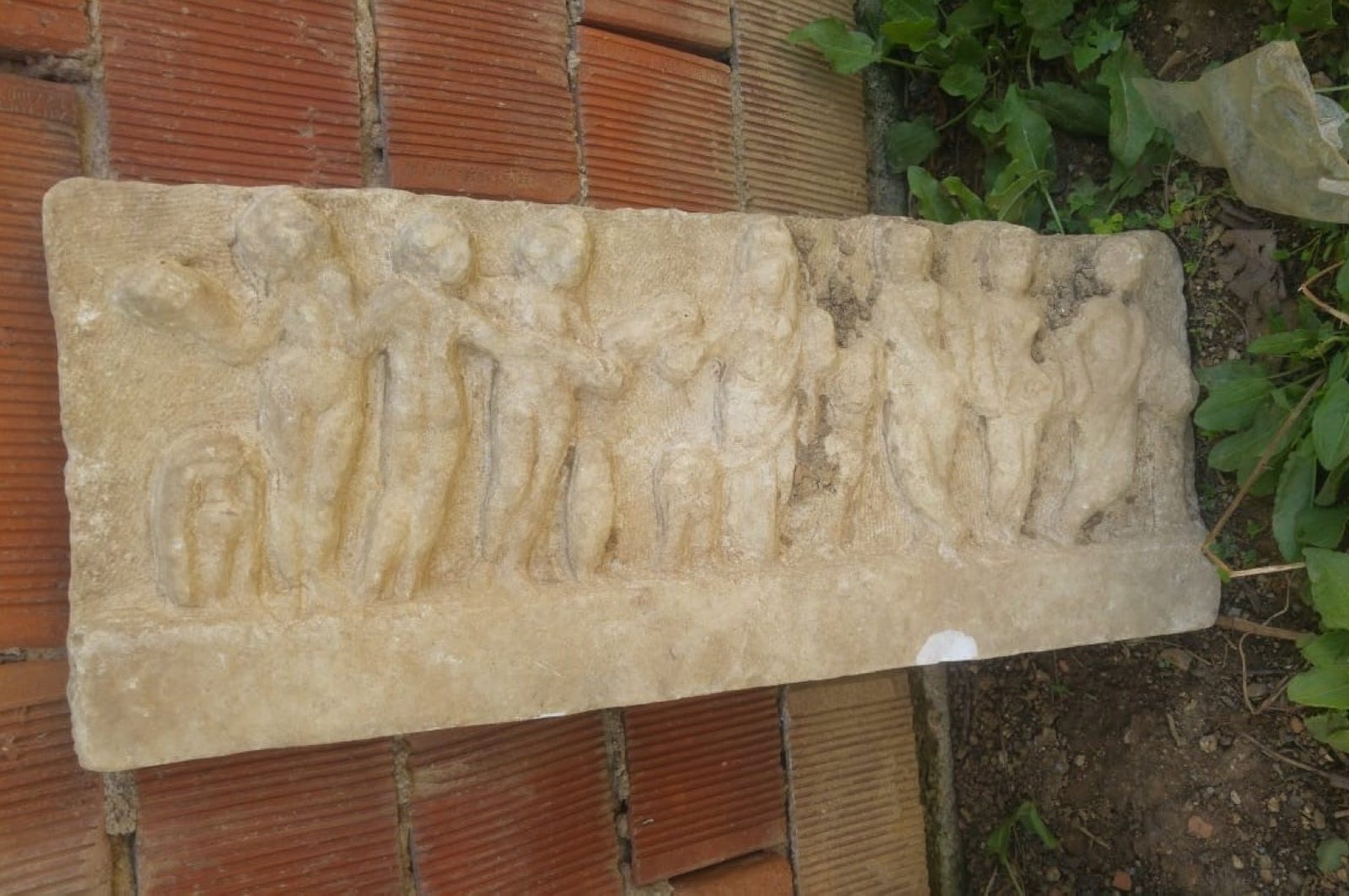 A fragment from a sarcophagus thought to date back to the Roman Empire was accidentally discovered last week in Istanbul’s Ataşehir district.

Abdülhamit Dal, who came to Istanbul from Düzce to visit his wife’s parents, noticed a stone with inscriptions in the family's backyard.

Dal, a teacher working in the town of Düzce, was sitting in the backyard having tea with the family when he noticed the stone leaning up against a wall.

“I figured it was a special stone,” he said.

When Dal asked the owners of the house where it came from, they said it was among a number of rocks they brought to the house 30 years ago while constructing the backyard.

Hacer Öztemur, the owner of the house, said they had also noticed that the stone was unique, but they didn’t think it had any historical value and thus just kept it aside.

“I really liked it when I saw it 30 years ago, but I didn't know it was a historical artifact,” she said.

After realizing that the stone could be an ancient finding, Dal immediately contacted the Istanbul Archaeology Museum.

“According to what they said, the stone was a piece from a sarcophagus dating back to the second century. The stone features a depiction of the Anatolian goddess, Cybele, on it,” he said.

Dal said the stone probably did not belong to the Istanbul area and was most probably brought to the city from a region of Anatolia, an area that has hosted dozens of civilizations over the course of history. Turkey is thus home to countless outstanding historical sites, located in a part of the world that inspired Greek and Roman traditions.

“We don't know where it came from. It was brought to the house 30 years ago and set aside. They didn't understand it's historical value. It was used as a stepping block sometimes, but it wasn't damaged. The figures on it remain,” he said.

Dozens of Roman-era artifacts are discovered across Turkey every day as the country hosts ongoing excavations in several ancient cities.