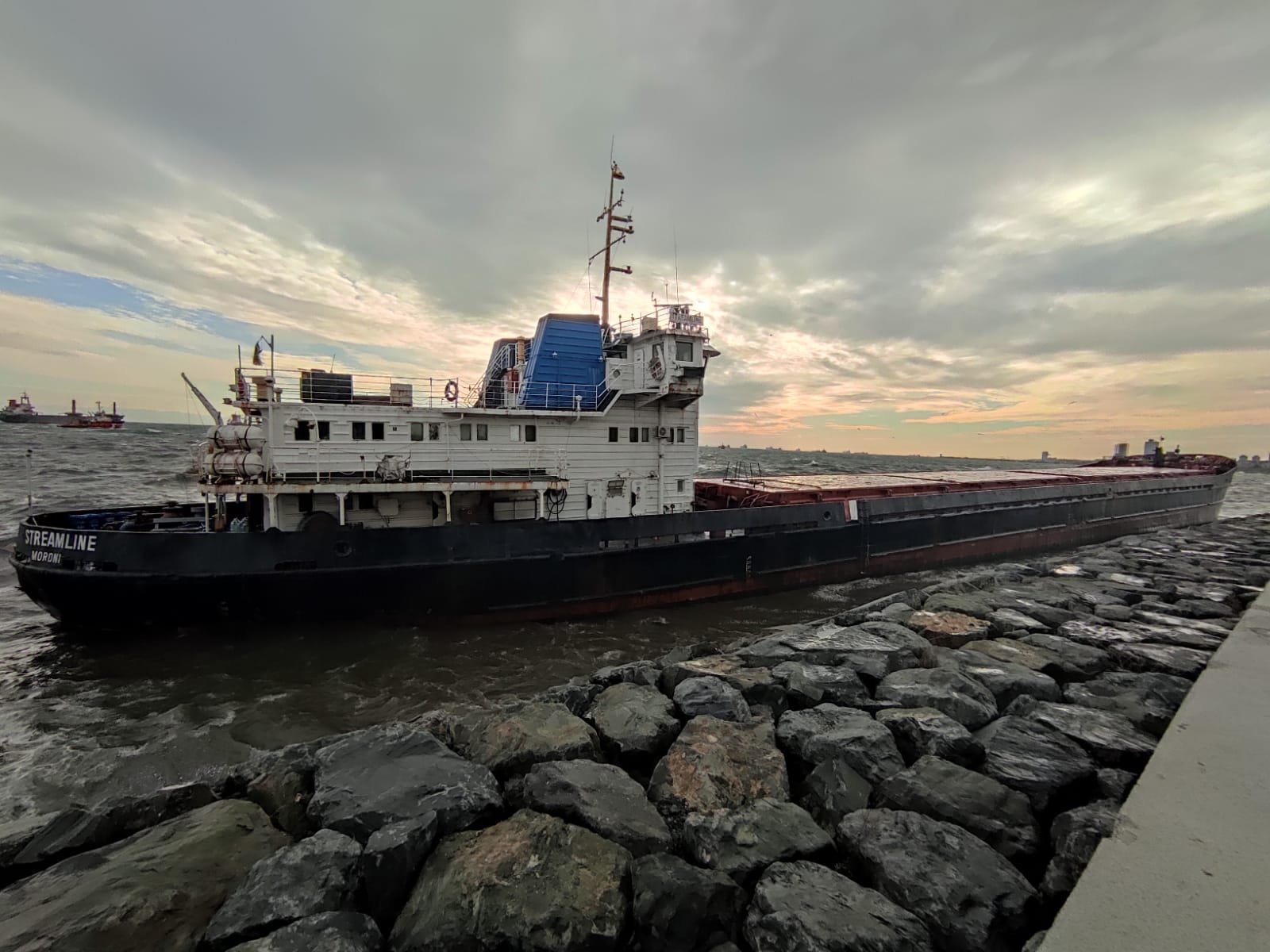 A cargo ship ran aground in Istanbul's Zeytinburnu district from the Marmara Sea on Friday.

According to the statement made by Turkey's Directorate General of Coastal Safety, two rescue ships were sent to help the vessel.

"Mehmetçik and Poyraz tugs were immediately dispatched to the scene," the statement said, adding that there were two people aboard.

Turkish coast guards have called in a towing boat to salvage the ship from where it is stuck.

Officials stated that the ship is not harmed and does not pose a threat of pollution.