Cold front, heavy rain warning for Istanbul and its region 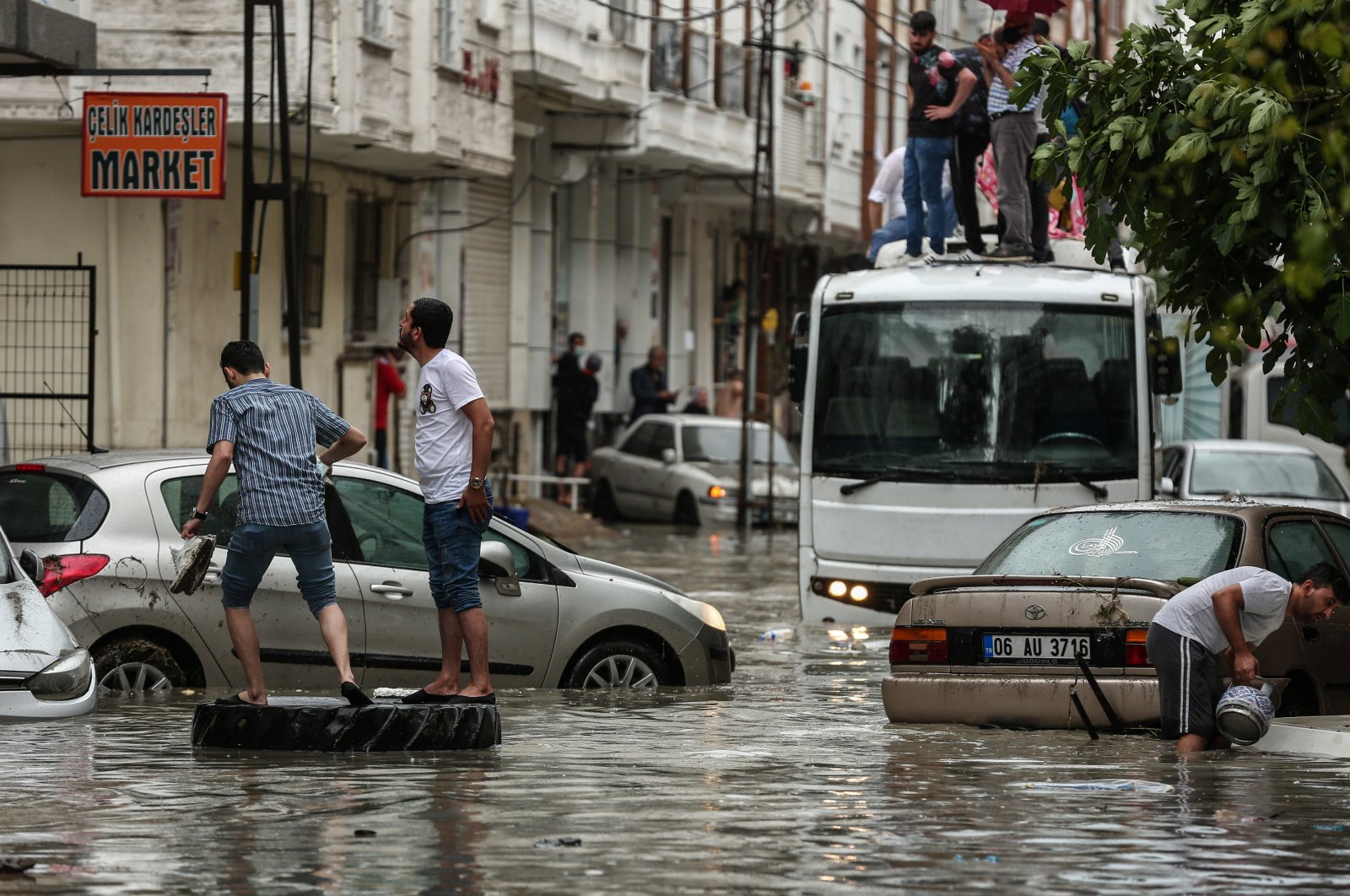 Meteorology experts warned the public in Istanbul and its surrounding area about an upcoming two-day cold snap accompanied by heavy rainfall. A new weather system hailing from the Balkans will settle in the Marmara region, which includes Turkey's most populated city Istanbul, starting Thursday. The Directorate-General of Meteorology says temperatures will drop “up to 10 degrees Celsius” (50 degrees Fahrenheit) in the western regions. Tekirdağ, Kırklareli and Edirne provinces in the Thrace region are expected to be affected.

Associate professor Deniz Demirhan from Istanbul Technical University’s Department of Meteorological Engineering told Anadolu Agency (AA) that temperatures that have hovered above seasonal norms will drop significantly and warned of possible hailstorms in the northern Aegean, western Black Sea, Thrace and Marmara regions. Turkey, like many other countries affected by climate change, has seen late shifts to cooler autumn temperatures in the past few years. Indeed, it was among the countries reporting new record high temperatures last month. September was the warmest month globally, according to a new report announced on Wednesday. "September was warmer by 0.05 degrees Celsius than September 2019, the previous warmest September," the European Union’s Earth Observation Programme said. Demirhan said a large cumulonimbus formation expected to form on Thursday will aggravate the bad weather.

Rainfall, on the other hand, could be good news for Istanbul, as experts have warned of low water levels in dams. Adil Tek, who heads the Meteorology Laboratory of Istanbul’s Boğaziçi University Kandilli Observatory, told Demirören News Agency (DHA) on Tuesday that water levels are around 35% due to the low amount of rainfall last month. “Based on daily consumption, Istanbul now has water supply enough for only 70 or 80 days. Urgent action is needed, and people should consume water more carefully,” he stressed. Tek said that although temperatures will drop below seasonal normals in November, the following months will see them rising above seasonal normals again and the likelihood of snowfall for the city in winter was low. “We anticipated rainfall in September in Istanbul, but it was only one-third compared to seasonal normals in the past years,” Tek said.