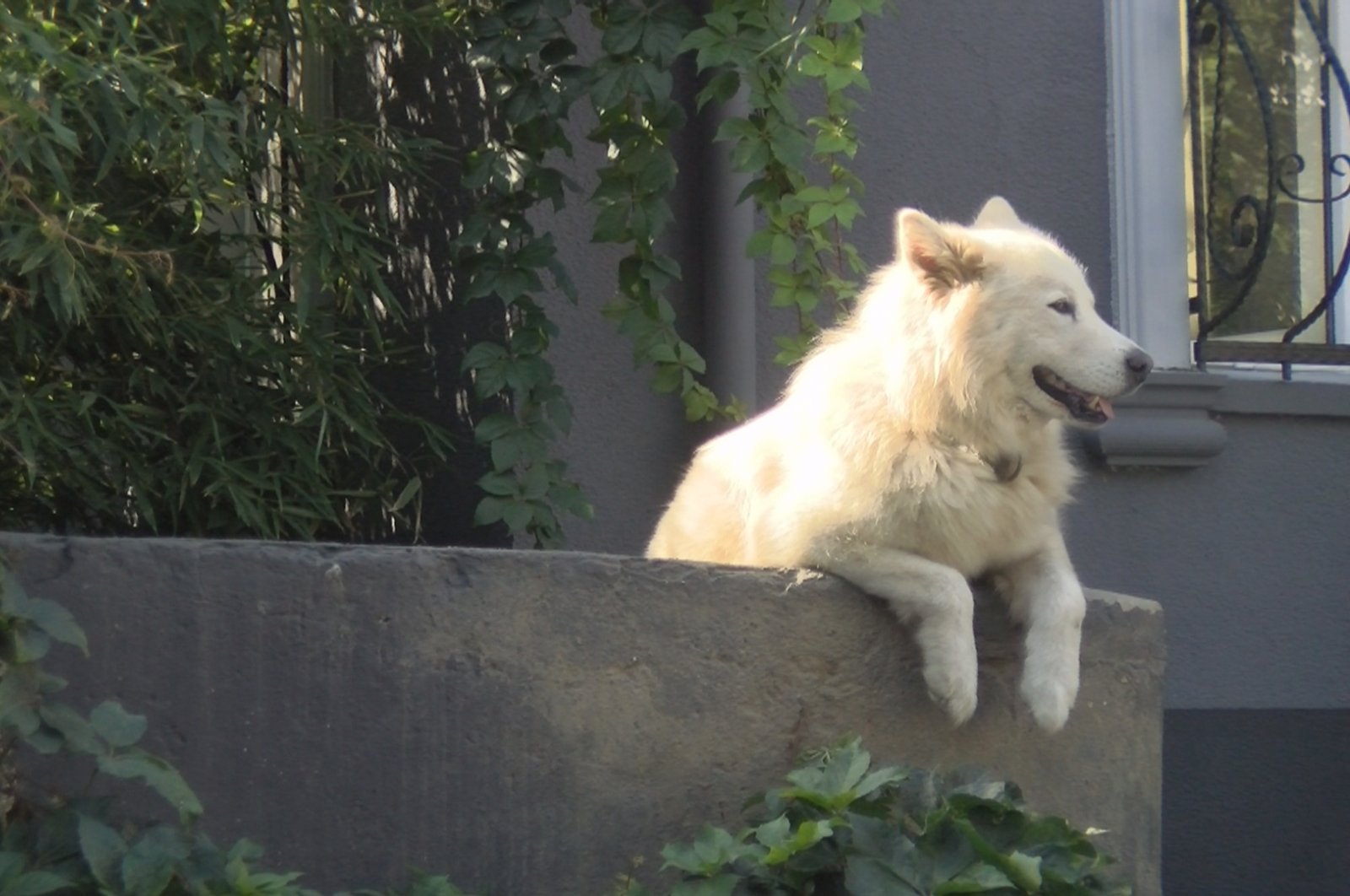 Perched on top of his favorite wall in Kuzguncuk neighborhood on Istanbul's Asian side, Rocky the dog has been photographed countless times in the spot since 2011 but has now found international fame after being featured on American singer Halsey's Instagram account during a recent visit to Istanbul.

Rocky's story made waves on social media a few months ago when a user shared a photo of the dog in exactly the same spot from 2011 and 2020, leading others to join in and share their own photos of the pup in his spot over the years.

Regardless of whether it is a solo shot or if he is modeling alongside another dog, the pose is consistent as he looks at the camera with inquisitive eyes in his particular stance. Residents of the neighborhood have given Rocky with the title of "muhtar" or neighborhood head who keeps a close watch on the area.

The dog's owner Hayal Doğan says she was surprised to see Rocky’s photo shared by Halsey. "People are very interested and often come here to take his photos. Sometimes, tourists visiting Kuzguncuk specifically come here to see Rocky. I am happy to see that much interest for Rocky," she told Demirören News Agency (DHA) Monday. Doğan's only request is that visitors do not feed Rocky. "Some people throw chicken bones. These are harmful to Rocky. I also don’t want people to feed it candy," she says.

Rocky was only two-months-old when Doğan adopted him. "Once he grew, he started climbing on top of the wall. He got used to standing on that spot and enjoyed the attention of the passersby. He is a lovely dog," Doğan says.

Rocky, however, is yet to reach the levels of fame of Tombili, a beloved cat who would famously recline on the pavement, watching the street. Following Tombili's death in 2016 a statue was erected in her honor in Istanbul's Kadıköy district, where she lived.