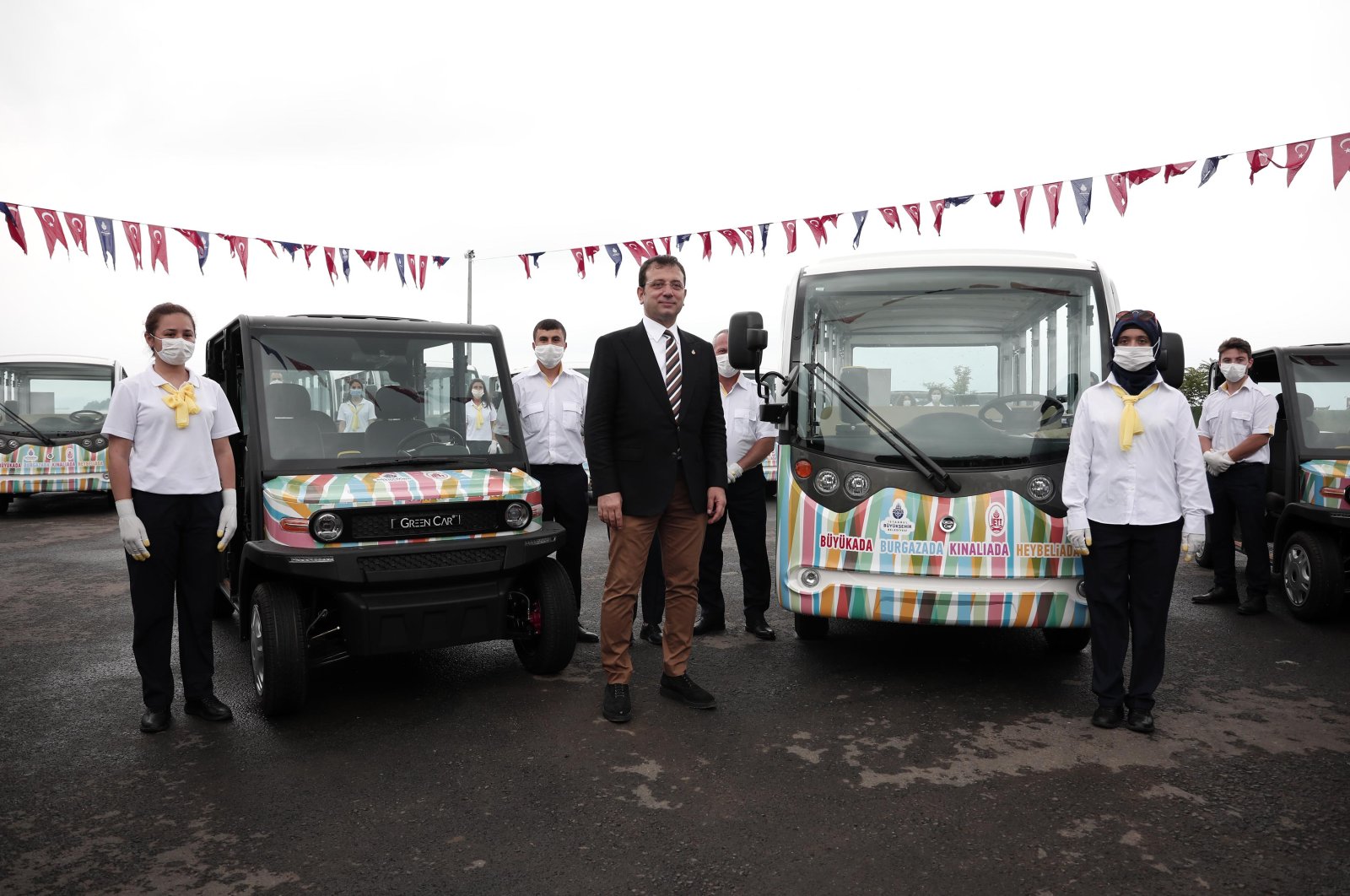 Missing paperwork and technicalities have forced Istanbul municipality to postpone a plan to introduce electric carriages on the city’s Princes’ Islands, which have long been synonymous with horse-drawn carriages.

Horse-drawn carriages were banned last year across the islands, one of the most popular tourist destinations in the city, after a glanders outbreak. This once more triggered debate, with animal rights activists long drawing attention to the mistreatment of the horses. Though lauded by activists, the move was protested by the small carriage riders on the islands.

Istanbul Mayor Ekrem Imamoğlu was on Büyükada, the biggest of three populated islands, on Friday to introduce the electric vehicles, just as local authorities announced the carriages could not operate due to current road safety laws. The mayor, meanwhile, faced a protest from carriage owners and locals supporting horse-drawn carriages during his visit.

Mustafa Ayhan, district governor of the Princes’ Islands, said 60 electric carriages that were imported for use on the islands could be better considered “golf carts” and were appropriate for use on roads. Imamoğlu, on the other hand, said carriages were purchased only for use in pedestrian lanes and several roads on the islands were already declared as pedestrian lanes.

Ayhan said the carriages needed documentation and registration as vehicles and that the governorate would greenlight their use only after completion of paperwork.

“As islanders, we were excited to have new carriages as we did not have a proper means of transportation here, but upon examination by our staff, it seemed they were not appropriate for road use,” the district governor said, noting that the carriages when used on unsuitable roads, proved an accident risk.