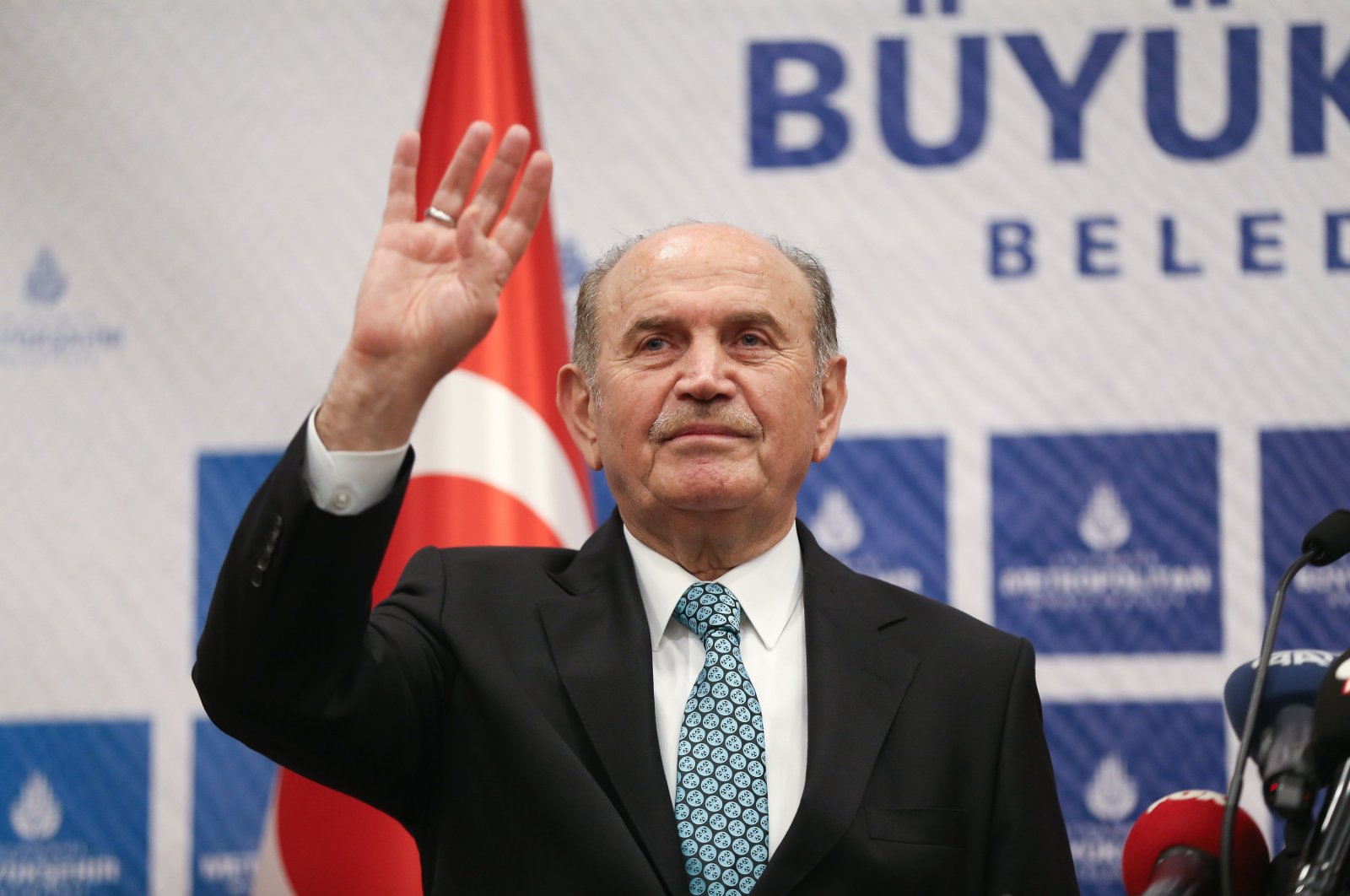 Former Mayor of Istanbul Kadir Topbaş, who assumed the role for 13 years, has passed away while being treated for COVID-19 in hospital.

Topbaş, who had been receiving treatment for coronavirus in an intensive care unit (ICU) in Istanbul since November, was 76 years old. He is survived by three children and his wife.

Topbaş was hospitalized on Nov. 16. 2020. While in hospital his condition deteriorated and he was intubated. It was reported that Topbaş was on dialysis last week.

A funeral ceremony for the late mayor will be held Sunday at the Istanbul Metropolitan Municipality (IBB) headquarters in Istanbul's Fatih district, in addition to funeral prayers at the historic Fatih Mosque.

President Recep Tayyip Erdoğan, who cut short his Black Sea region trip and departed for Istanbul to attend the funeral, said in a tweet he was deeply saddened at the demise of Topbaş and his contributions to Istanbul and Turkey would not be forgotten.

Known as "Kadir Abi" of Turkish politics for his relatively old age and reconciliatory tone, Topbaş served as mayor from 2004 to 2017 as a candidate of the ruling Justice and Development Party (AK Party).

An architect by profession and a businessperson, Topbaş previously became mayor of Istanbul's Beyoğlu district in 1999. After the 2004 local elections, he assumed office as the mayor of Istanbul. He became the first Istanbul mayor to be reelected twice for the post in 2009 and 2013, and the only mayor to be elected three times.

Topbaş is credited for rapidly expanding Istanbul's subway network with significant investments in transportation, such as the Metrobus system.

Topbaş had announced his resignation after 13 years of service in September 2017. He was replaced by Başakşehir district mayor Mevlüt Uysal of the AK Party, which conceded the next local elections in March 2019 to main opposition Republican People's Party's (CHP) Ekrem Imamoğlu.