Galata Tower to be converted into museum 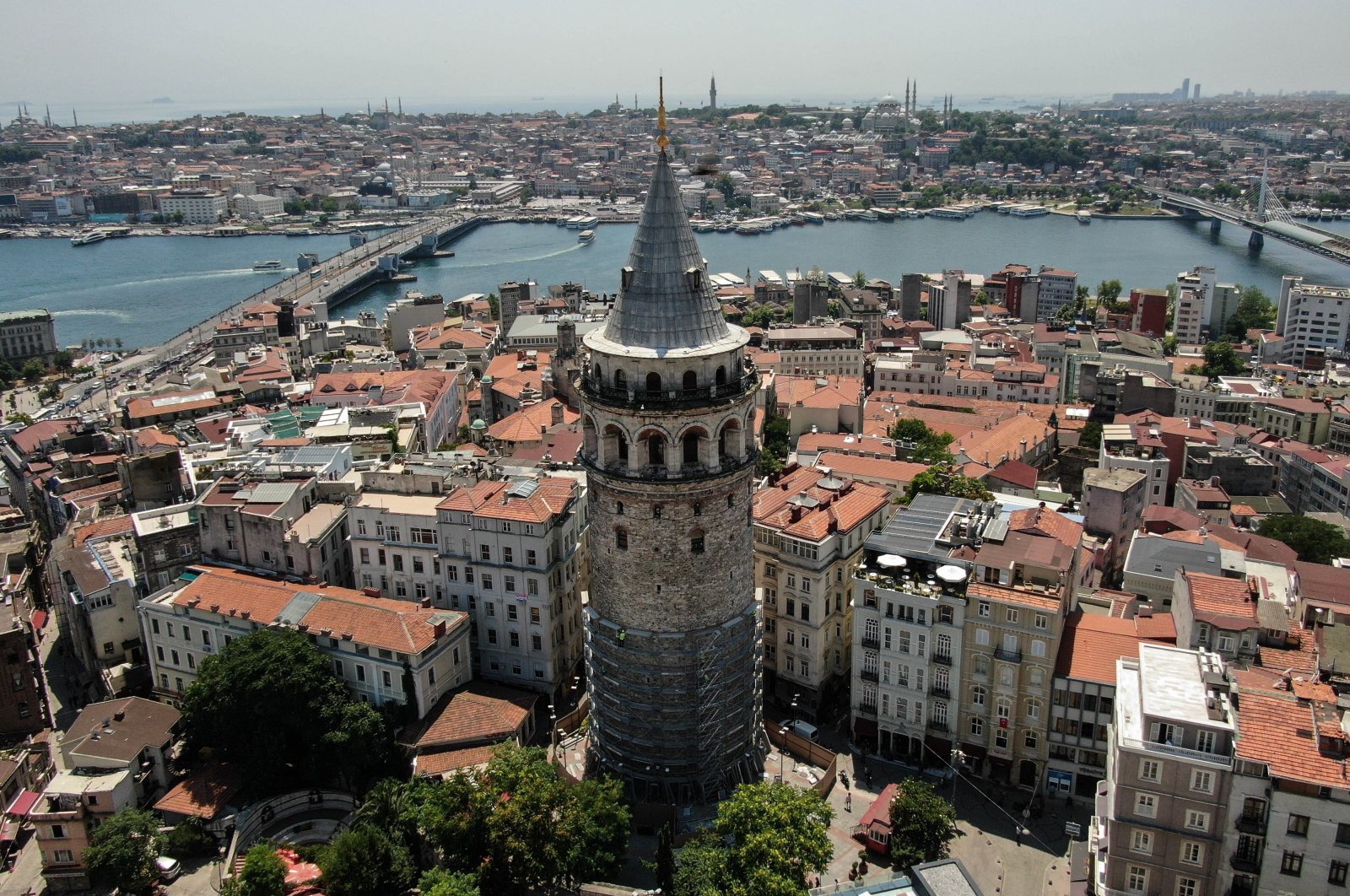 The iconic Galata Tower of Istanbul is undergoing restoration before it is converted into a museum. A landmark popular among tourists for an aerial view of the city, the tower will be reopened on Sept. 15.

It was recently handed over to the control of state-run Directorate-General of Foundations, and authorities plan to shut down the restaurant and cafe in the tower run by a company of Istanbul Municipality. Culture and Tourism Minister Mehmet Nuri Ersoy recently said that they would set up exhibitions on each floor of the tower.

The 67-meter-high (220-foot-high) tower situated on the city's European side was constructed in 1348 as a watchtower and later in the Ottoman era, as an observation post against fires. Today, it is a landmark giving a splendid view of the Golden Horn through a narrow panoramic deck at the top. The tower, the tallest building in the city when it was first constructed, was restored multiple times since the 19th century when it was damaged in a fire. The last restoration was done in the 1960s when its roof was reconstructed and the wooden interior was replaced by a concrete structure.