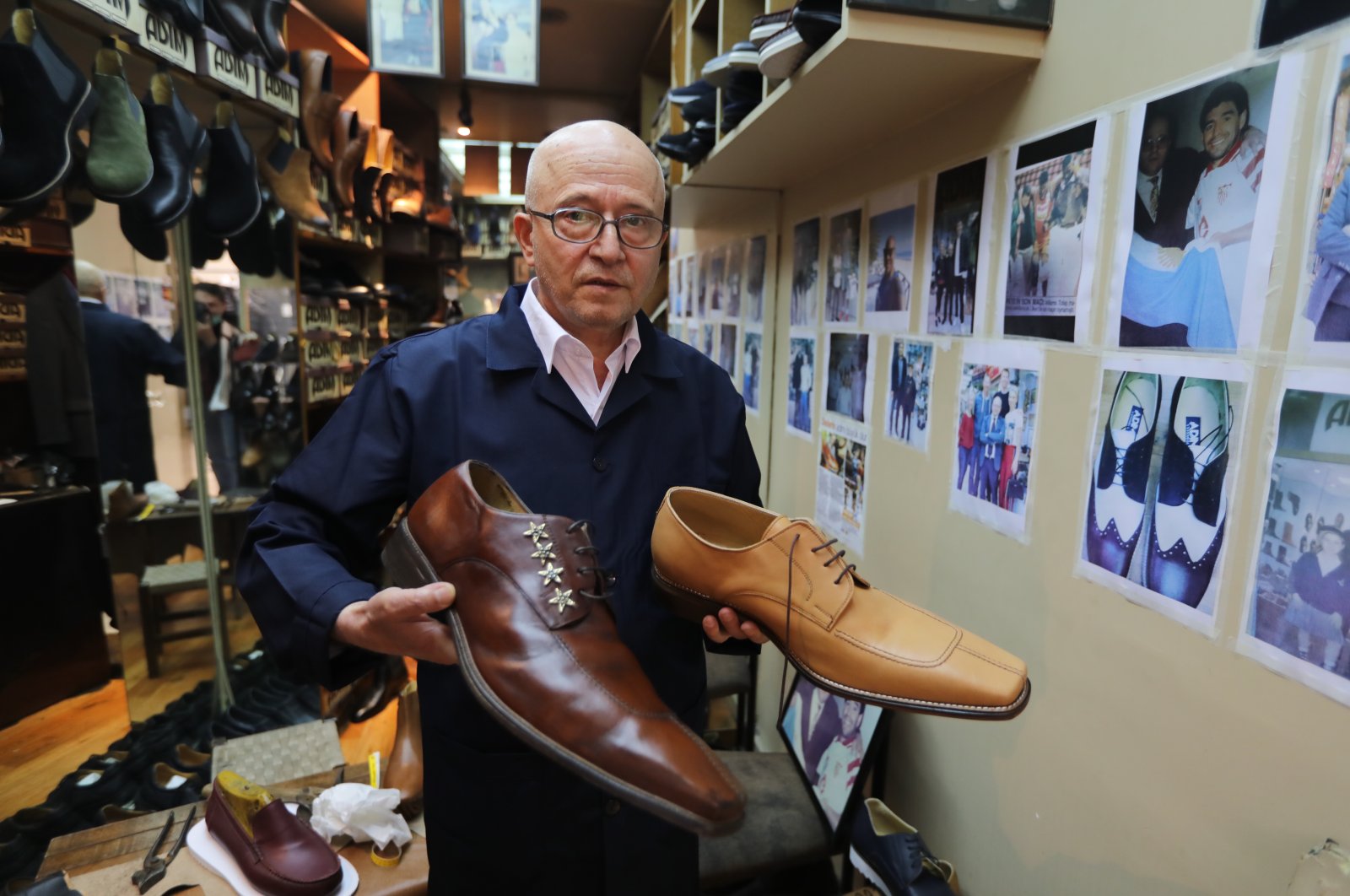 Öncel Kalkan, who has been a shoemaker in Beyoğlu for 41 years, makes shoes between the size 46 and 57 for extraordinarily tall people who have difficulty finding shoes in big sizes.

Kalkan left his family in 1980 and came to Istanbul, a big city full of opportunities, from an Anatolian town. Luckily, a successful shoemaker, Ahmet, crossed his path. Kalkan started his career as an apprentice next to his master, gradually mastering his profession.

Years later, Kalkan opened a workshop in Aleppo Passage, one of the busiest spots for Istanbul's artisans.

While making ordinary-sized shoes, his life completely changed when American basketball player Pete Williams visited his shop in 1989. Williams asked Kalkan if he could make shoes that fit his enormous feet.

Kalkan also made special shoes that he sent to Michael Jordan, who is considered the best basketball player of all time.

"I refused him (Pete Williams) at first, but then decided to give it a try and produced a mold for size 48. Williams really liked the shoes and a few days later, other American basketball customers started to come to my shop. I went to their hotel rooms to take their measurements while they visited Istanbul," he said.

Calling himself "the shoemaker of the giants," Kalkan is ready to make even bigger shoes if the need arises.

"I make shoes between the sizes of 46 and 57, but I can do it for anyone who wants 58, 59 and even 60. I really enjoy making shoes because I see that it makes people happy. I have not had 40 off days in the last 40 years. I always work hard and stay strong with the energy of my customers," he added.