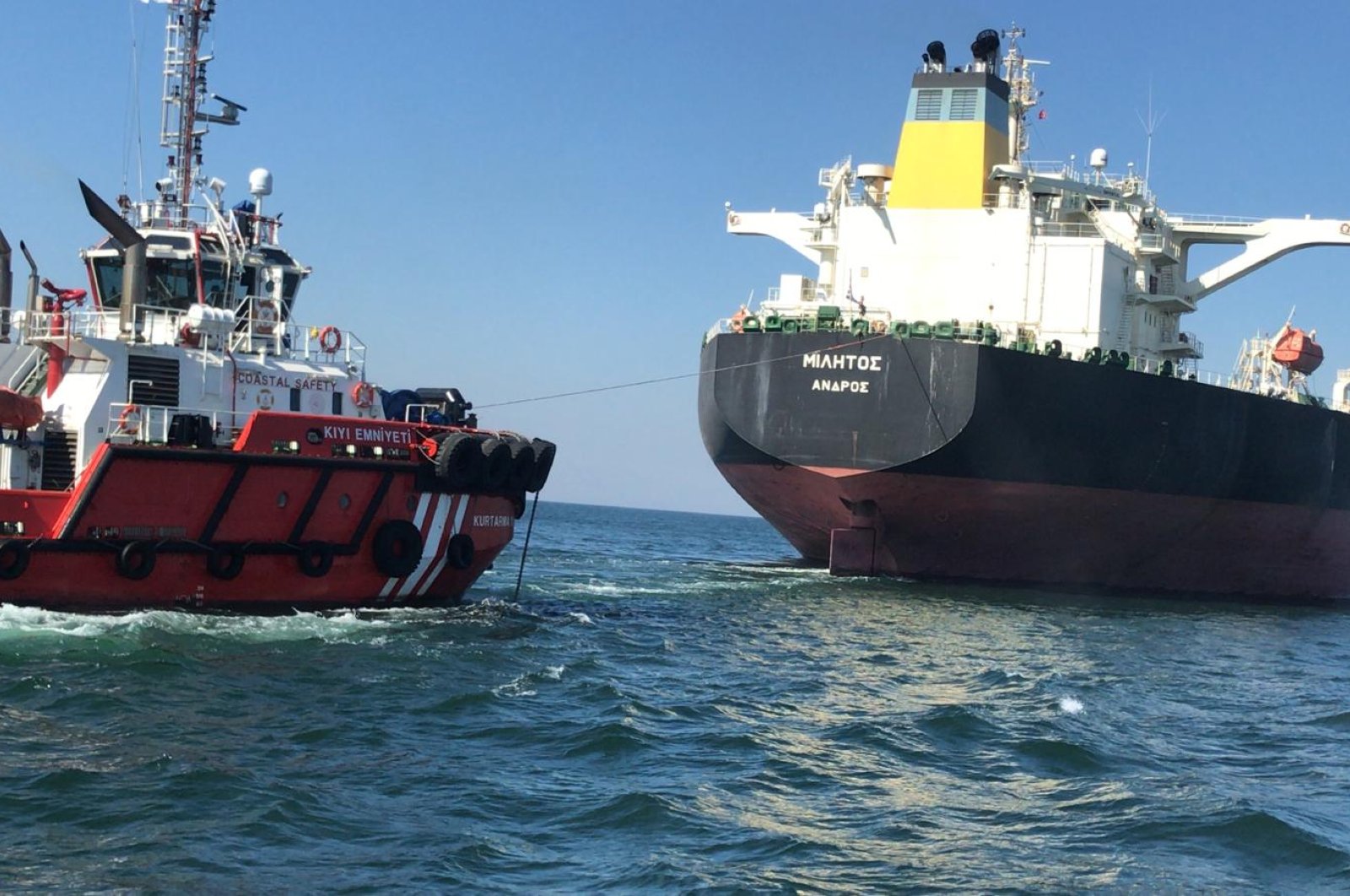 Militos, Greek-flagged tanker that was stranded on the Bosporus Sunday due to a mechanical problem has been rescued by the Turkish General Directorate of Coastal Safety. The tanker, measuring 274 meters (899 feet) long and 50 meters (164 feet) wide, was carrying crude oil and did not have any cargo aboard. It was taken to a safe area by vessels of the coastal safety directorate. The tanker was anchored off Yeşilköy coast after it was towed away.

Turkey's straits are among the most at-risk waterways in the world, according to experts. Thousands of vessels, including tankers carrying highly flammable oil, pass through the Bosporus, an S-shaped channel with sharp turns and changing currents that pose challenges for vessels and sailors every year. In compliance with the 1936 Montreux Convention, Turkey must allow open access for all civilian vessels through its straits in peacetime. However, accidents concern the country. From 1953-2003, 461 accidents occurred on the Bosporus.

To change the course of vessels with potentially dangerous cargo, the government plans to build the Kanal Istanbul, an ambitious project to construct a channel through the city's European side.

The main purpose of the project is to reduce marine traffic through the Bosporus and to minimize risks and dangers particularly associated with tankers. International pressure is growing to increase marine traffic tonnage through Turkey's straits, which brings risk for the security of marine navigation during passage.