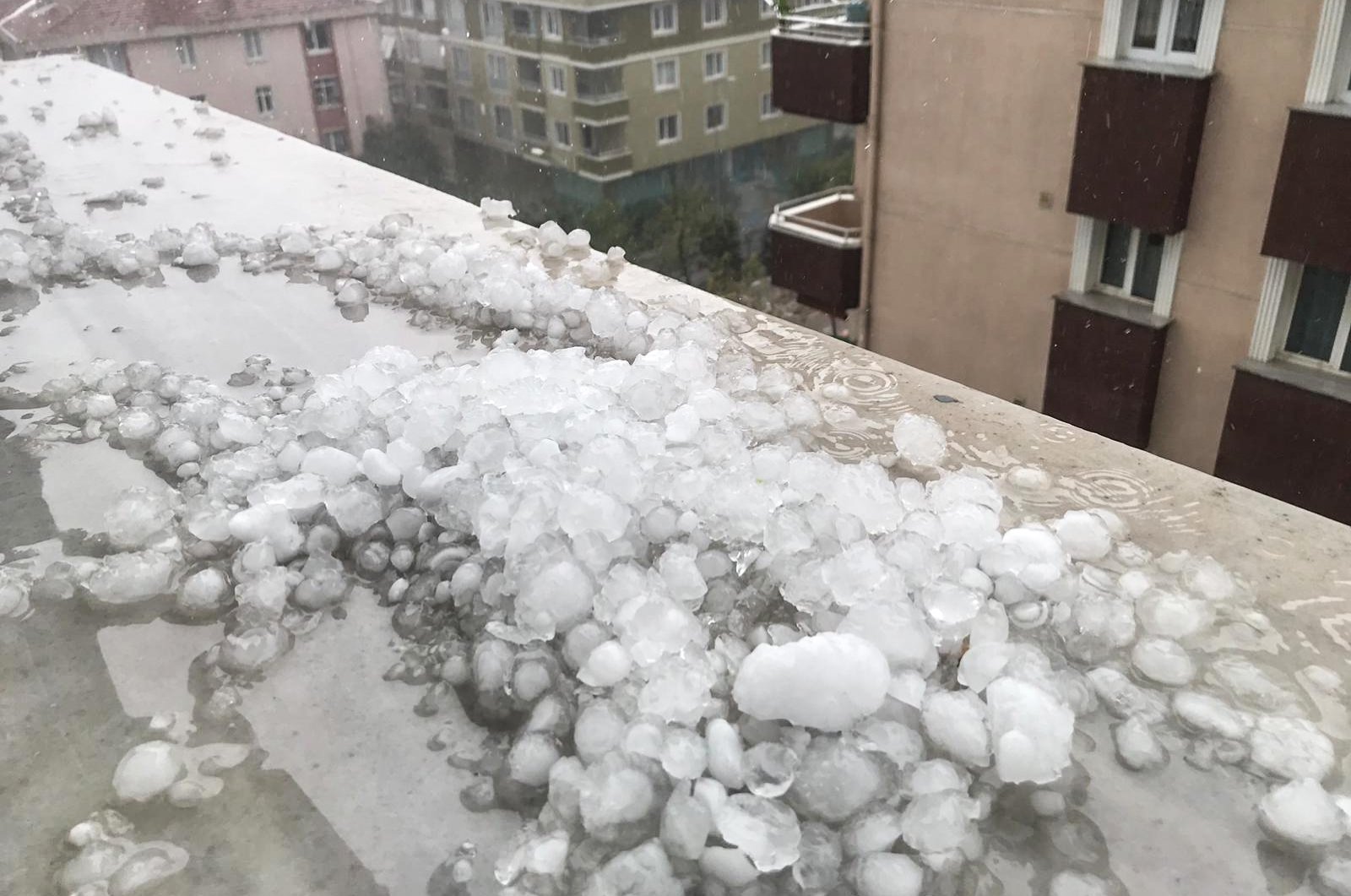 Turkey's General Directorate of Meteorology has warned Istanbul residents about potential flash floods after heavy downpours and a sudden yet brief hail storm brought life temporarily to a halt in Turkey’s most populous city Tuesday.

Much of the city was drenched after the heavy rains that started around 11 a.m. (8 a.m. GMT) local time, with some roads partially submerged.

Apart from the rain, several districts in the city’s Asian side witnessed a brief hail storm, with walnut-sized hail causing damage to parked vehicles along the streets.

The authorities said rains were expected to last until the evening, warning locals to be on the lookout for potential flash floods and lightning strikes.

In the Topkapı district on the city’s European side, two cars and a minibus were submerged in floodwaters, with people working to rescue those stranded in the vehicles.

Meanwhile, in the Arnavutköy district, a marketplace was completely inundated. The bad weather also led to traffic snarls along main arteries, such as the TEM and D100 highways, which straddle the city. Tram services on the Asian side of Istanbul were also briefly halted.

Authorities also warn against heavy rainfall in other cities, including the capital Ankara where the governorate issued a warning against flash floods Tuesday.