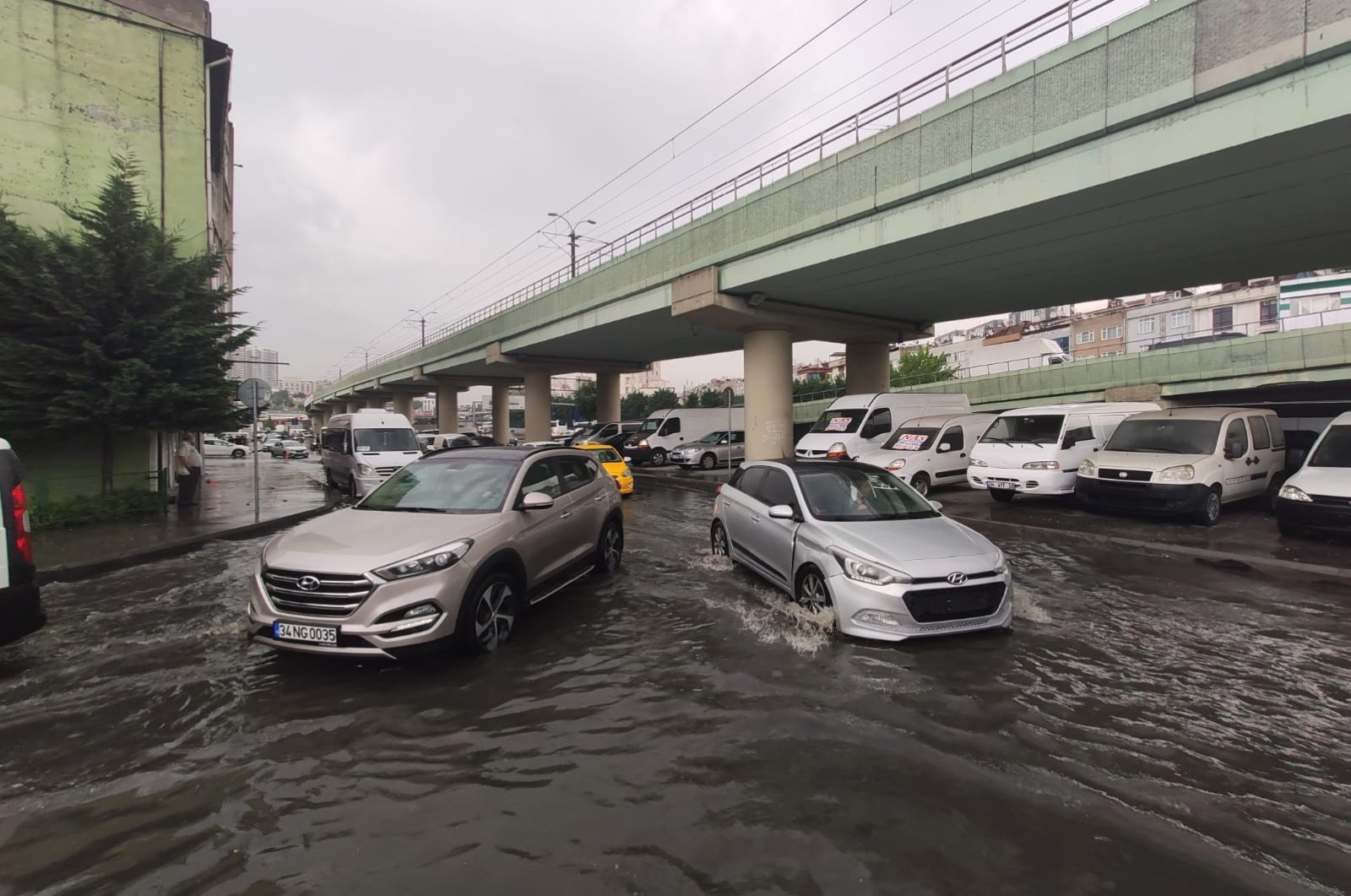 Locals rushed to clear floodwaters from shops and ground-floor residences, while motorists waded through knee-deep water to get off major roads in the Küçükçekmece district.

A connecting road to the TEM highway straddling the city was inundated with flooding, while passersby rushed to the aid of stranded drivers and pushed cars to safety. Some locals exerted efforts to clear clogged drains before firefighters arrived to assist in lowering the floodwaters.

The rainfall took a particularly heavy toll in Bağcılar, a district on the city’s European side, where flooding brought traffic to a halt. Meteorologists warned that heavier precipitation was on its way for later in the day and on Friday.

The guesthouse of the local directorate of meteorology services on the city’s Asian side was also struck by lightning. No major damage or casualties were reported in the incident.

In Bursa, a province southwest of Istanbul, floodwaters inundated shops and stranded motorists on main streets. Shopkeepers also saved a woman swept away by fast-flowing floodwaters in the city’s Tahtakale district.