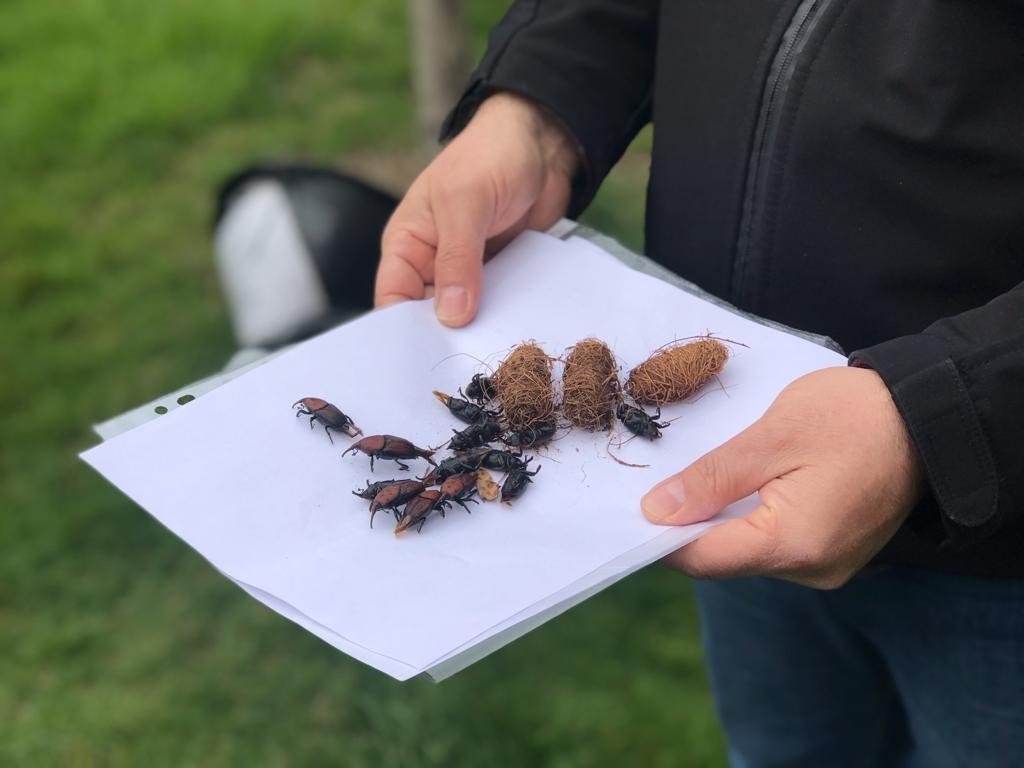 Palm weevils, commonly known as “red insects” in Turkey, forced authorities to chop down palm trees in Istanbul. Ahmet Yavuz Karaca, head of the Istanbul Directorate of Agriculture and Forestry, said they had to cut down 1,500 trees contaminated with the insect.

“They are resistant to pesticides and can fly as far 900 meters (2953 feet),” he told Demirören News Agency (DHA) on Friday. Palm trees are typically planted in areas near the coasts of the city, as well as parks. Authorities say the insect, which originates in China, spread across the Arabian Peninsula and later to Mediterranean countries. It was first detected in Turkey in 2006 and is believed to have made its foray into Istanbul in 2012. “We first discovered it in a palm tree in Ataşehir (a district on the Asian side of Istanbul) and between 2012 and 2013 we had to cut down 545 trees,” Karaca said.

Insects gradually kill the tree they are nesting in. The Ministry of Agriculture and Forestry recently launched an action plan to contain the weevil threat but options are limited other than removing the trees. This year alone, 38 trees were chopped down. Weevils spend the winter mostly dormant but take flight in warm weather, migrating from one tree to another. They also have the ability to “re-infect” the same tree. Karaca says an adult female insect can lay 300 eggs. “They only damage the palm trees but we want the public to be vigilant and report to us when they notice unusual damage in a tree, so we can prevent the insects from harming other trees,” he added.