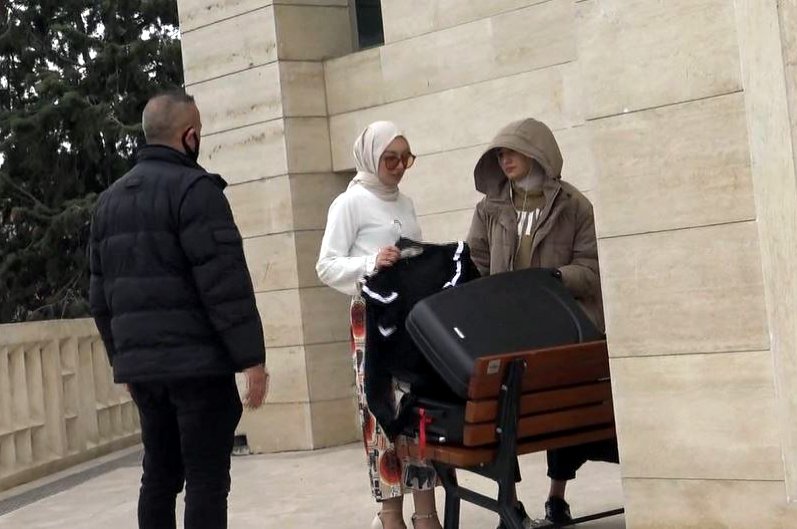 Instagram model and the photographer pack suitcase and leave after police warning, in Istanbul, on April 5, 2020. (DHA Photo)
by Daily Sabah with DHA Apr 06, 2020 3:04 pm

On Sunday, an Instagram model who set up her own personal photoshoot in an Istanbul mosque was duly ejected from the building by police.

The woman and her sister, who was tasked with snapping the photos, sneaked into a far corner of the mosque in Istanbul’s Avcılar district, taking advantage of how deserted the place was due to the onset of Turkey's anti-coronavirus measures. The girls even brought along a suitcase full of outfits representing various clothing brands in order to upload the images on Instagram.

Police officers who were on duty to halt attempts to circumvent a ban on gatherings in the mosque, ejected the pair, warning them to not make a repeat of the incident. After the police’s intervention, the girls packed up their suitcase and moved away from the area.

The Presidency of Religious Affairs (Diyanet), Turkey's top religious authority, announced last month a nationwide ban on prayer gatherings, including Friday prayers, in the wake of the coronavirus outbreak.