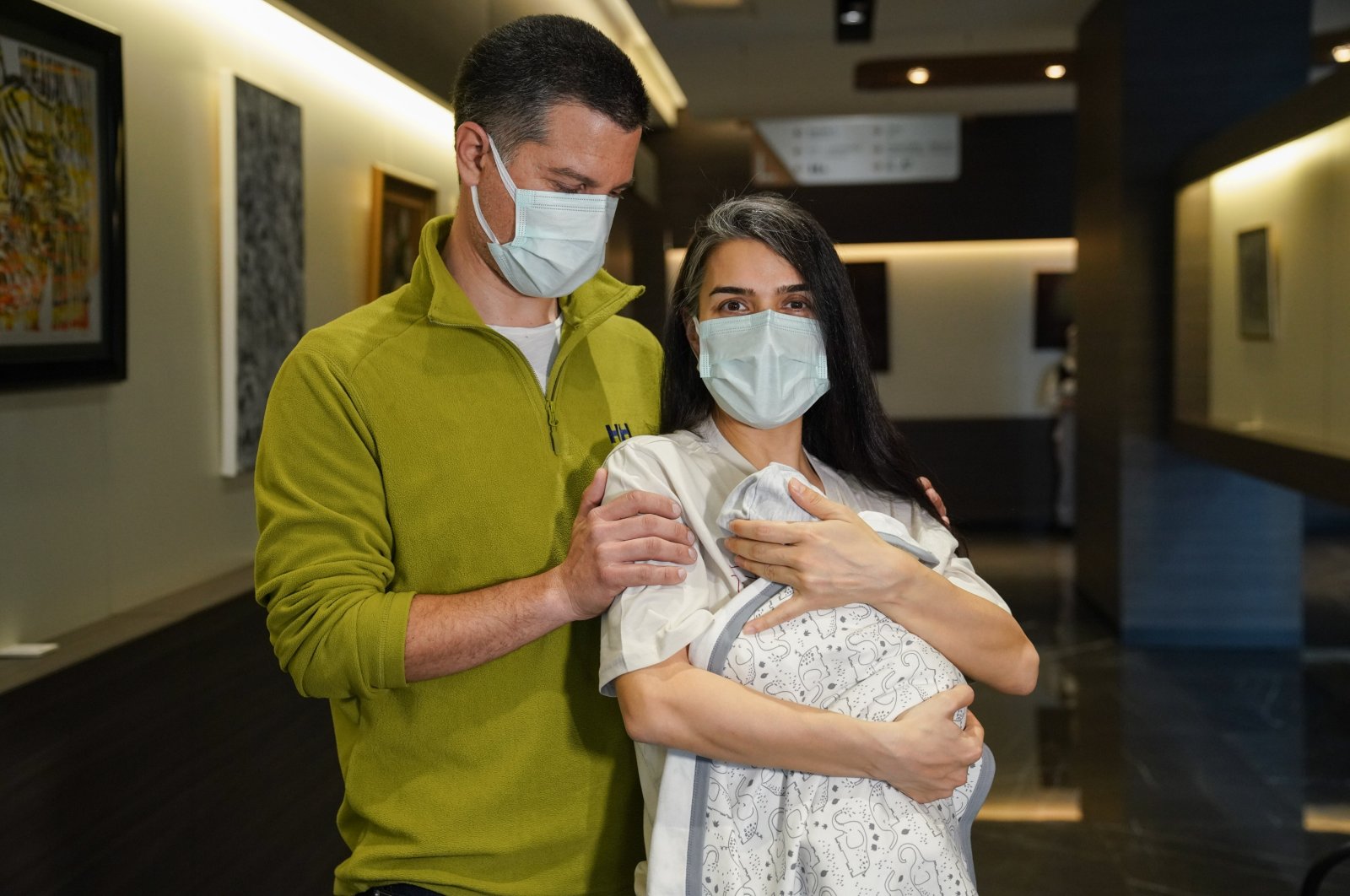 A couple that had entered Istanbul's Eurasia Tunnel connecting the city's two sides welcomed their baby under the Bosporus and exited the tunnel as a family of three.

The rare incident took place on Wednesday when teacher Seda Giray's labor pains began very early in the morning. She and her husband Deniz initially opted to wait until hospital visiting hours, but rushed out of their homes in the Kartal district located in the city's Asian side around 8:00 a.m., the height of morning rush hour, when pains intensified. They began wrestling with Istanbul's notorious traffic to make it to a private hospital on the European district of Bahçelievler, where mother Giray's doctor is located.

The couple sought help from police officers on the way, who cleared traffic and aided them to use emergency lanes. However, when the Girays were crossing the Eurasia Tunnel, the mother's labor pains intensified and she gave birth to a boy, with Devin Ege marking the birth inside the landmark project launched in Dec. 2016.

"When I understood I was about to give birth, I positioned myself on the front seat of the car, and saw the baby was on the way. I was thinking to myself that women used to give birth like this. Of course, I went through some pain and aches, and I might have yelled a bit louder. I had to do what is necessary when the birth was imminent as it was dangerous to try to keep the baby inside the womb. First, the head came out, and later I held him and placed him on my lap. Thankfully, my boy was born very calm," the 37-year-old mother told Demirören News Agency (DHA).

"I was pregnant while entering Eurasia Tunnel. When we left, our boy was on my lap, he was born," as she recalled the "unforgettable" moments.

Father Giray, 38, said he was initially panicked and couldn't grasp what was happening. "Something purple came out, we later understood that it was our baby. At the same time my horn broke down, I was already using flashers and headlights (to warn other drivers). Thanks to the police as they supported us until the tunnel, and an escort vehicle came along with us while crossing the tunnel and afterward," Giray told DHA.

"I thank everyone who gave the right of way to us, I saw our people doing it when there is a real emergency. We arrived in the hospital all the way from Kartal in morning traffic in just 48 minutes," he added.

When the couple reached the hospital, a nurse had to cut the navel cord inside their vehicles. Both the mother and baby were healthy and discharged from the hospital on Thursday, again crossing the tunnel to reach their home.