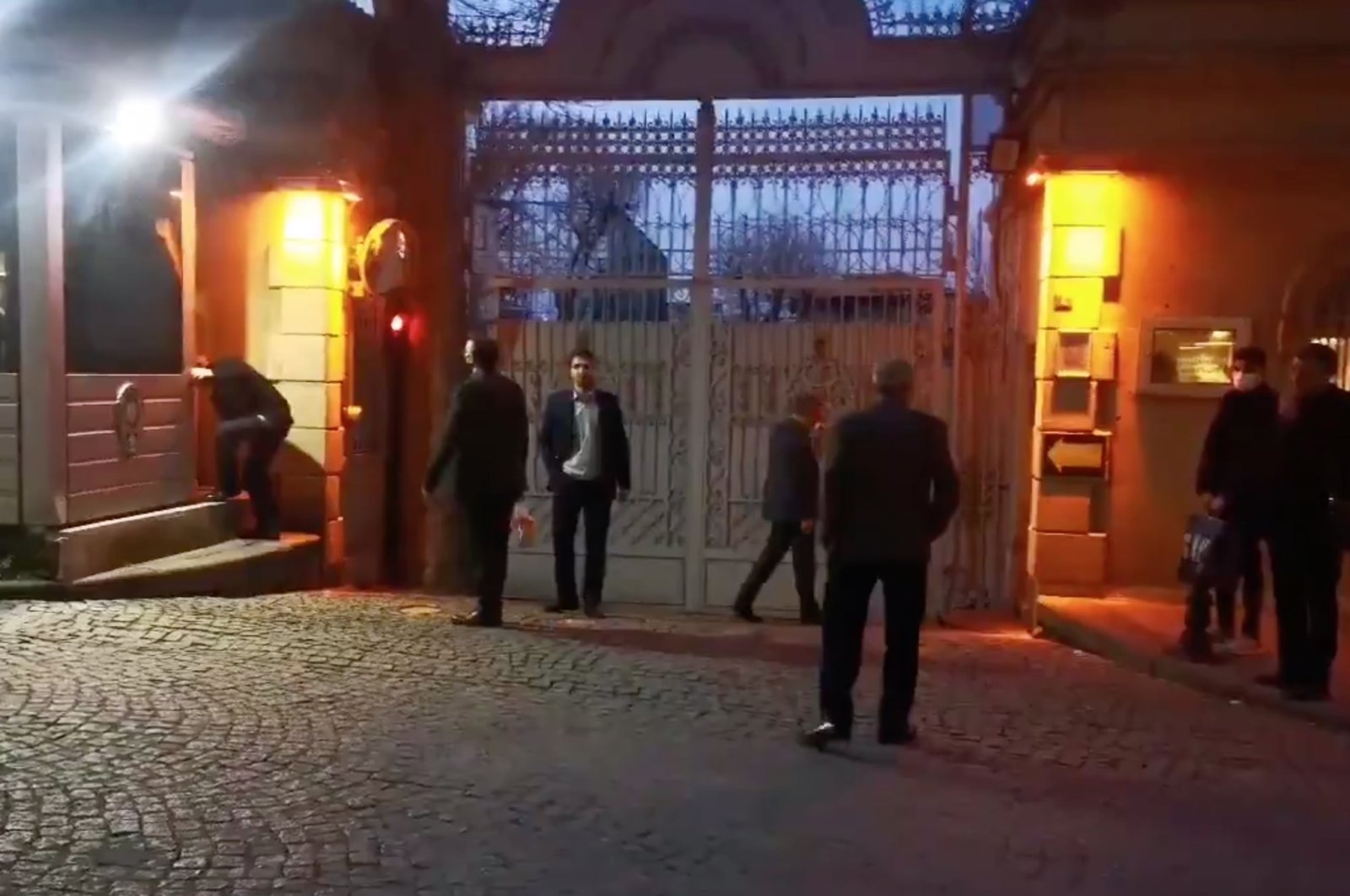 Employees of the Iranian consulate in a screengrab taken from the video shared by Oubai Shahbandar on Twitter on Feb. 11, 2021.
by DAILY SABAH Feb 11, 2021 11:00 pm
RECOMMENDED

“We were just attacked outside the Iranian consulate in Istanbul by a member of the consulate as we attempted to film and ask him if he had any comment on the recent arrest of an Iranian diplomat alleged to have been behind the assassination of Iranian dissident Masoud Vardanjani,” Oubai Shahbandar, a journalist working for TRT World television said in a tweet late Thursday.

“The Ayatollah's hitmen,” he added in a following tweet, sharing a news piece from Reuters detailing the assassination of Vardanjani.

“The story gets even crazier. The gunman behind Vardanjani's assassination is linked to a fugitive Iranian drug lord Naji Zindashti, who was implicated in the kidnapping of Habib Chaab, another Iranian dissident. Habib was lured to Istanbul by Iranian intelligence and taken to Iran,” he further detailed.

An Iranian Consulate staff member in Istanbul has been arrested for helping the mastermind of the murder of Masoud Molavi Vardanjani in 2019 in the city, Sabah newspaper reported earlier on the same day. Muhammad Reza Naserzadeh, 43, is accused of forging travel documents for Ali Esfanjani, the alleged mastermind of the killing, to smuggle him to Iran.