Istanbul among world's top 5 cities most impacted by traffic 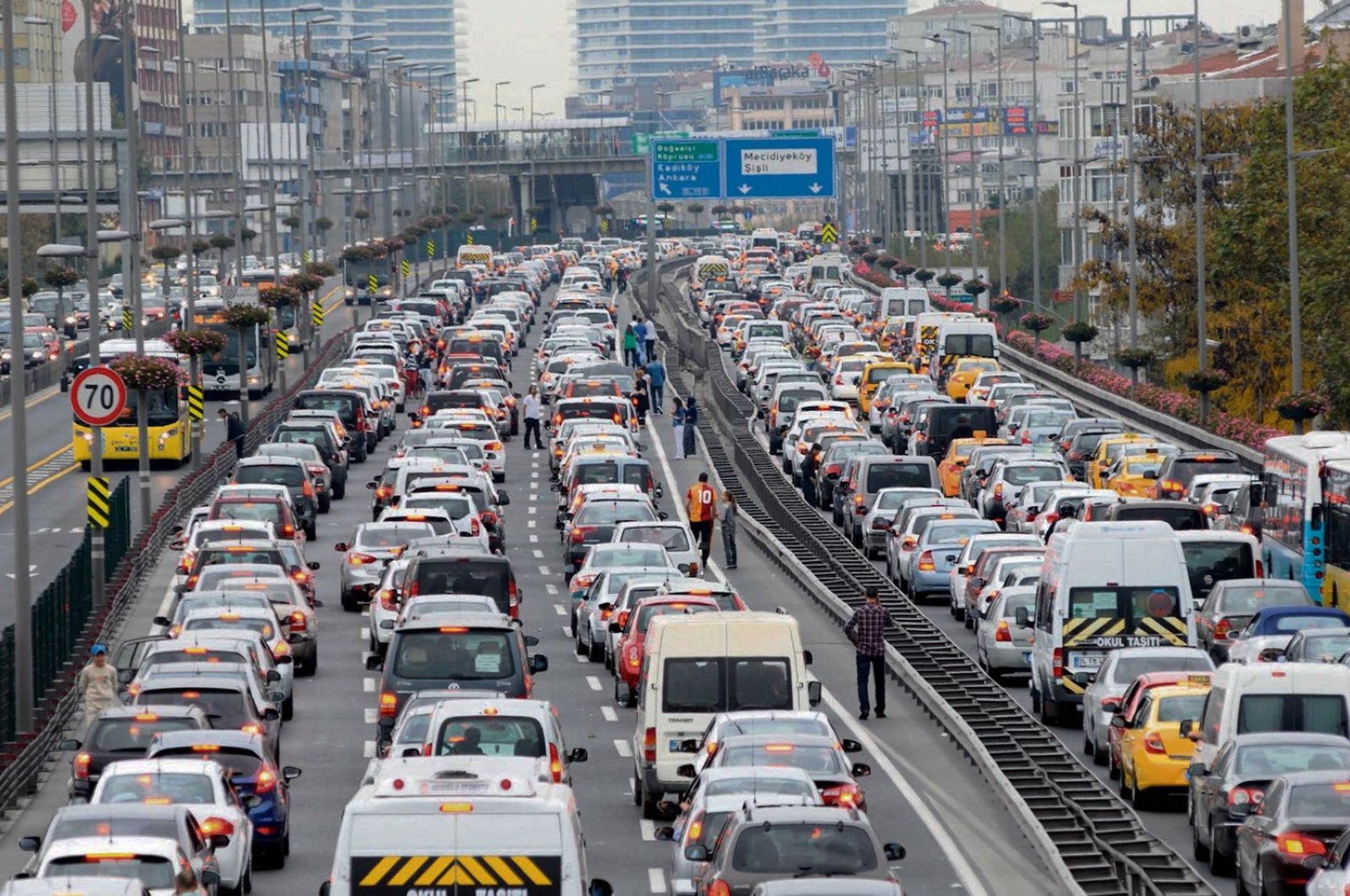 Turkey's busiest metropolis Istanbul is among the world's top five cities most impacted by traffic congestion, a recent study revealed.

An average Istanbulite driver lost 153 hours in congestion last year, the eighth-highest lost time in the world, according to a study by transportation analytics firm INRIX published Monday. The study ranks congestion in more than 900 cities worldwide.

INRIX's "impact score captures the aggregate impact of congestion’s impact relative to population, whereas hours lost in congestion captures exclusively the intensity of traffic in a given city."

Istanbul was included in the top five "due to (its) large population and severe congestion," the company said.

The speed at which a driver can expect to travel 1 kilometer (0.6 miles) into the central business district during peak hours in Istanbul is 17.7 kph (11 mph).

Using public transport or biking in Istanbul would take 50-100% longer than a vehicle commute, the study said.

Istanbul was ranked ninth in 2018.

Earlier this month, Istanbul Metropolitan Municipality said most of the complaints filed by the residents of Turkey’s cultural and commercial capital focused on traffic.