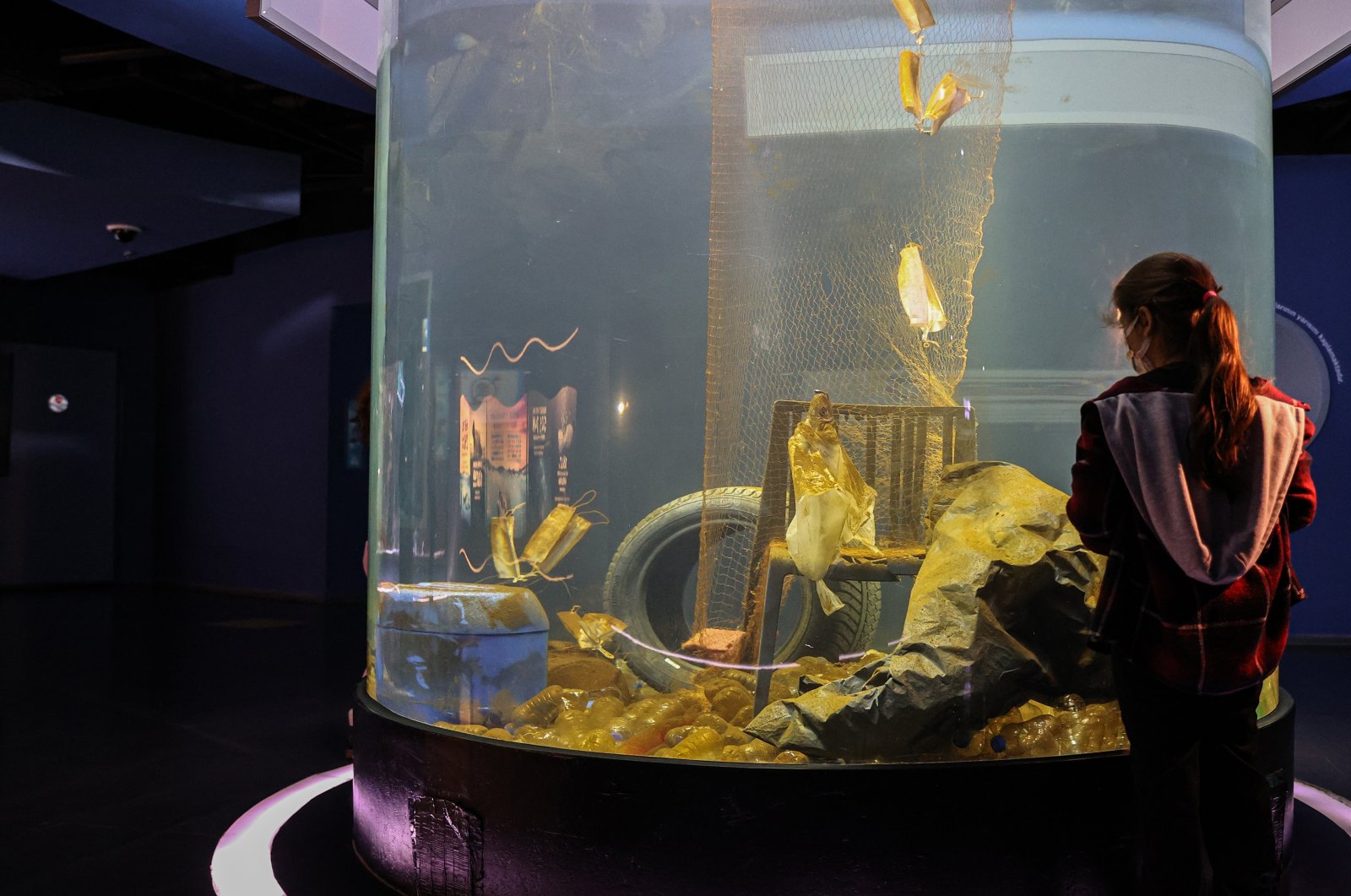 Standing out among brightly decorated tanks housing a diverse array of fish, a glass enclosure repels and attracts visitors at the same time with its unique theme.

In the tank, everything, from discarded protective COVID-19 masks to a tire, sparkles beneath the dense lights atop. It is part of an exhibit at Istanbul Aquarium in the city’s Florya neighborhood.

One of the biggest of its kind in the city, the aquarium tries to raise awareness about marine pollution threatening the Marmara Sea that surrounds Istanbul.

Divers working at the aquarium collected trash both from the bottom of Marmara and the beaches of Istanbul. In one corner of the tank, a plastic chair sticks out as one of the biggest pieces of garbage they removed from the sea. Next to it is a discarded tire while coronavirus masks dangle nearby.

The exhibit is timely as the landlocked sea experienced the fallout from decades of pollution this summer, in the form of sea snot, a thick layer of harmful organic substance. Sea snot, also known as marine mucilage, was cleaned up. Yet, it reminded millions living in the wider Marmara region of the devastating effect unchecked pollutants can have on the massive body of water at a time of climate crisis.

Organizers of the exhibit entitled “Work of Mankind” hope to raise awareness especially among younger generations about pollution. Students are the most frequent visitors to the aquarium.

Aquarium manager Dilek Çapanoğlu told Anadolu Agency (AA) on Thursday that they launched a cleaning campaign on the shores of Florya to contribute to the struggle to protect the environment.

“The exhibit is particularly effective to give visitors a first-hand look into the rampant pollution. We received positive feedback. You can see how these pieces of garbage remain intact under the sea for years and do not decompose and continuously threaten the sea life,” she said. “You may not be aware of the garbage as it sinks to the bottom of the sea but it exists anyway,” she added.

Çapanoğlu added that along with environmental pollution, plastic waste dumped into the sea contributed to the extinction of marine species. “For instance, sea turtles mistake plastic waste for food and try to eat it. They cannot digest it and this weakens them, eventually leading to their deaths,” she said.