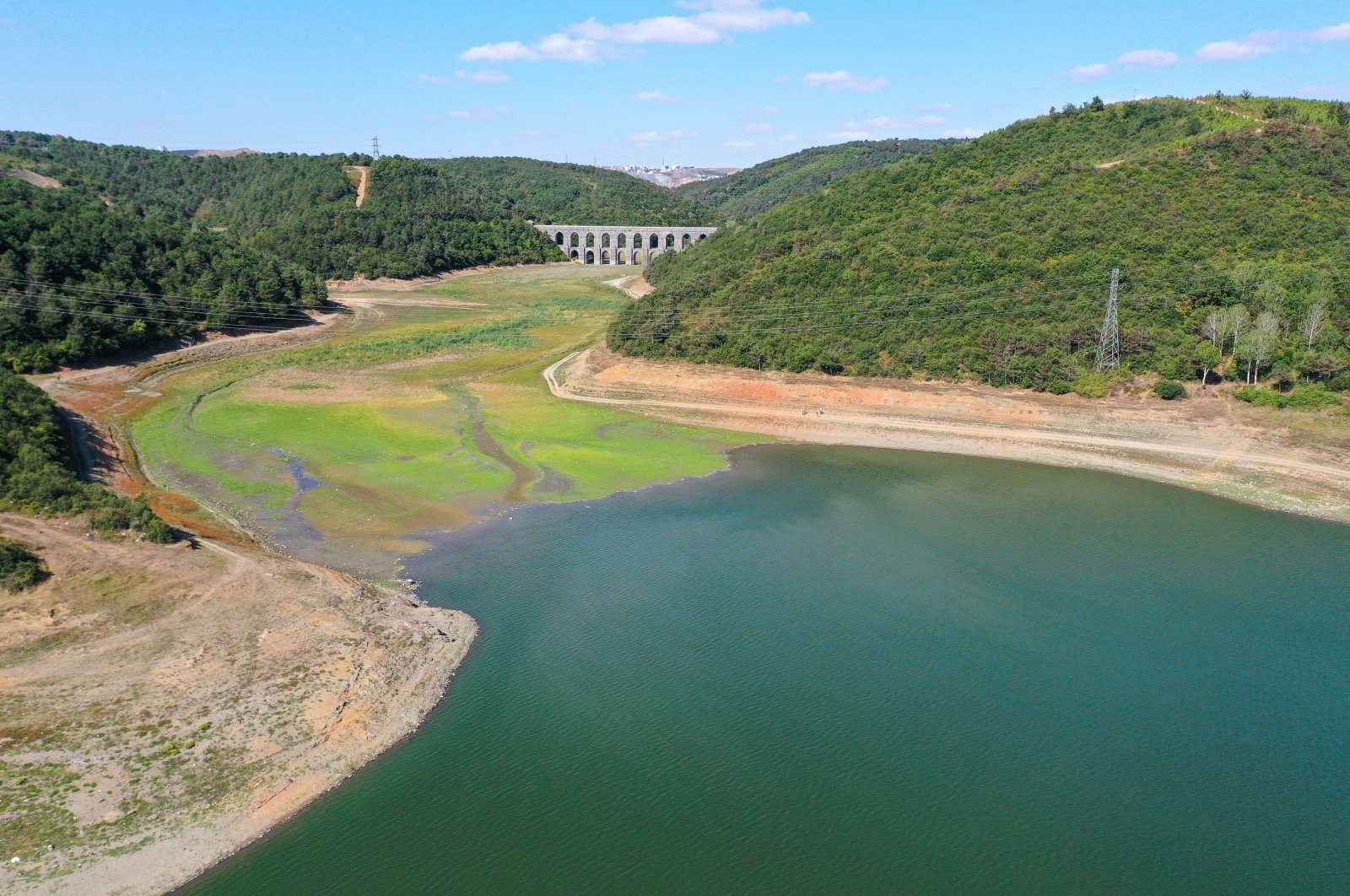 A drop in rainfall and soaring temperatures have led to a decline in water levels in dams supplying water to Istanbul, Turkey’s most populated city.

As of Wednesday, the dams held the second-lowest water level in the past 10 years, at 48.92%, Anadolu Agency (AA) reported.

Over the last two weeks, water levels have dropped by 8%. Out of 10 dams, only three had water levels above 50%, while at the same time last year, all were above 60% full.

Büyükçekmece dam, which supplies water to the city’s European side, was among the worst affected. Water levels in the dam reservoir dropped to 25.56% with parts of the lake apparently dried up.

Decreased precipitation is the main cause of the reduction in water levels. Between January and March this year, Istanbul saw less than half of the rainfall and snowfall it saw over the same period in 2019, which itself was far lower than in 2018.

“We have had a drought this year. We last saw some rainfall in June, but it hasn't rained since. I’ve never seen the lake dried up this much in years,” Yılmaz Çelik, a local resident told Demirören News Agency (DHA). “You can now walk bone dry through areas where fish once swam,” he said.