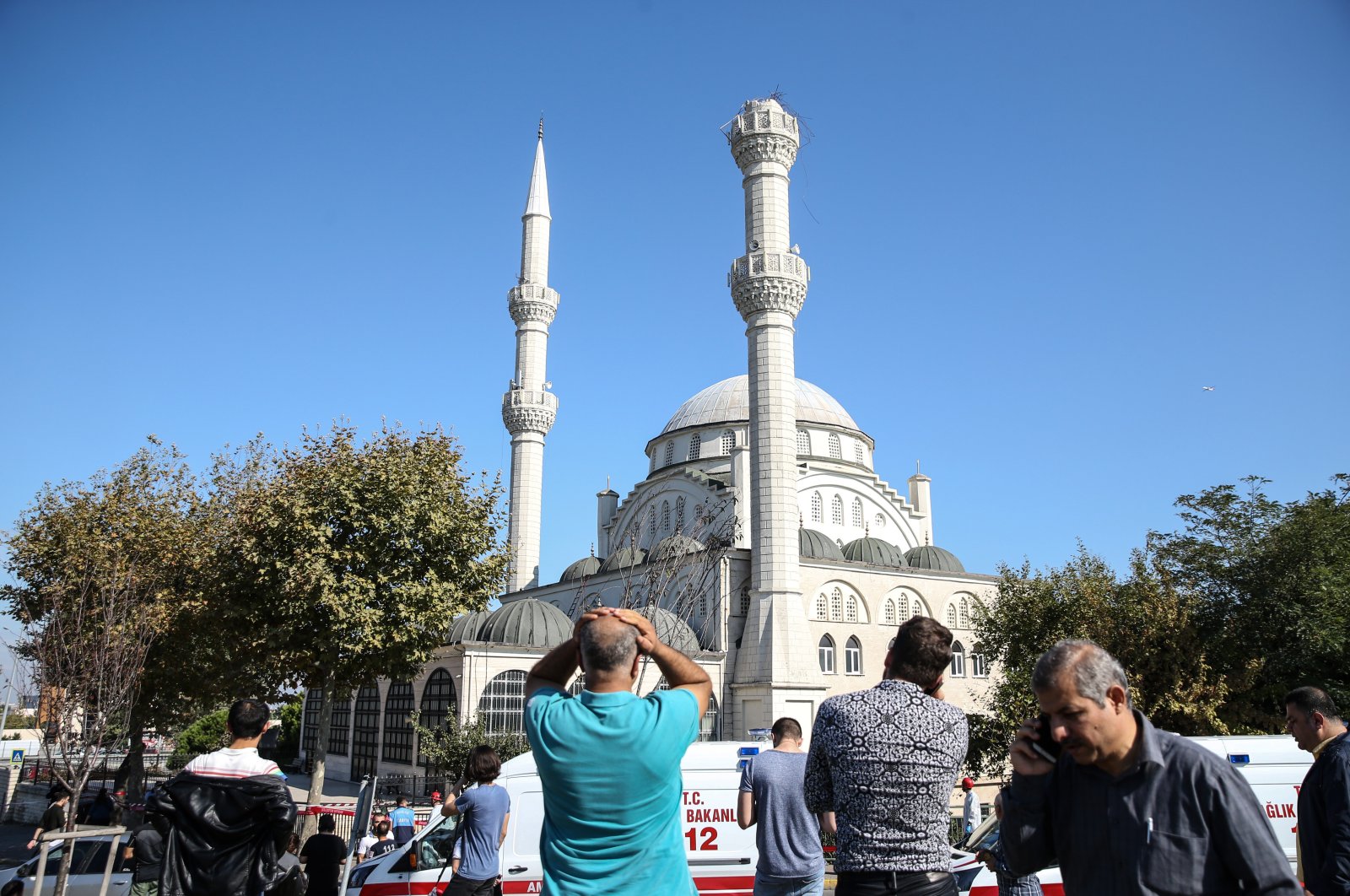 A report commissioned by the Istanbul municipality shows Turkey’s most populated city could see widespread damage and a high number of fatalities in the event of a 7.5-magnitude earthquake, with nine districts set to suffer the most carnage

Istanbul, with its population of more than 15 million people, is Turkey’s most populated city and is under constant risk of earthquakes. Multiple studies show the city will inevitably suffer from one with great force, and experts warn that it is not a question of “if” but “when.”

When the “big one” hits, districts on the city’s European side will be particularly affected, a new report says. Commissioned by Istanbul Metropolitan Municipality and prepared by seismology experts, the report sheds light on what will happen if a nighttime 7.5-magnitude earthquake strikes the city.

The report, published by the Milliyet newspaper and titled “Possible Earthquake Losses,” details material damage and casualties in each of the city's 39 districts that straddle the Asian and European continents. Though the Asian side is slightly safer due to its distance from fault lines, it will still suffer the collapse of hundreds of buildings.

Based on earthquake simulations, the report highlights the need for reinforcement and reconstruction of old buildings that may not endure a powerful tremor and its aftershocks. Avcılar, Fatih, Zeytinburnu, Esenler, Küçükçekmece, Tuzla and Beylikdüzü stand out as districts with a high risk of immense devastation and a high number of casualties. A fault line from the town of Çınarcık south of Istanbul to Silivri in the city’s far west may trigger a very large earthquake, according to the report. In Avcılar, for instance, such an event might kill 465 people and injure more than 1,500. In addition, more than 104,000 people would need emergency accommodations the report says, based on the prediction that three people live in each household in the district. Avcılar is no stranger to earthquakes, as a 7.4 with an epicenter east of Istanbul devasted the district in 1999, claiming hundreds of lives.

In Zeytinburnu, more than 668 people will likely die in the earthquake and more than 5,330 buildings will be either heavily damaged or collapse during the disaster, the report says. In Fatih, one of the oldest districts of Istanbul and home to landmarks like the Blue Mosque, 72% of buildings will be damaged, more than 1,484 people will die and 140,352 citizens will need emergency accommodations.

Istanbul was shaken by a 5.8 magnitude earthquake last year, its biggest in recent memory. Though tremors were slight, it was enough to send people panicking into the streets, as memories of the 1999 earthquake are still vivid. Many spent a few nights outside before aftershocks died down.

Turkey has suffered devastating earthquakes in the past, including the earthquake of 7.4 magnitude in Gölcük in 1999. It killed more than 17,000 people in the greater region. The country is among the world's most seismically active zones as it is situated on several active fault lines, with the most potentially devastating being the Northern Anatolia Fault (NAF), the meeting point of the Anatolian and Eurasian tectonic plates.

The 2019 earthquake sparked concerns that it was a harbinger of “the big one” countless seismology experts have warned of over the years. Experts say all the forecasts and movements of the fault lines point to an inevitable earthquake of at least 7.0 magnitude, but no technology exists to predict its time or epicenter. Still, areas near the coasts of the city remain most vulnerable due to active fault lines traversing the Marmara Sea.

Urban transformation, an ambitious project by the government to demolish old, decrepit buildings and replace them with sturdy new ones resistant to strong earthquakes, is one step to reduce damage. Environment and Urbanization Minister Murat Kurum said Istanbul has 7,700 buildings that need to be demolished, including 228 buildings heavily damaged in the latest earthquake in September.

The last time the section of the fault south of Istanbul produced a major earthquake was May 22, 1766. It caused great damage to the city and killed thousands. To the west, the Ganos fault, located some 20 kilometers (12.4 miles) south of Tekirdağ province on the Marmara Sea, produced a magnitude 7.4 earthquake in 1912. Today, experts point to four different scenarios concerning partial cracks in different sections of an unbroken fault line of about 174 kilometers that crosses the sea, south of Istanbul.