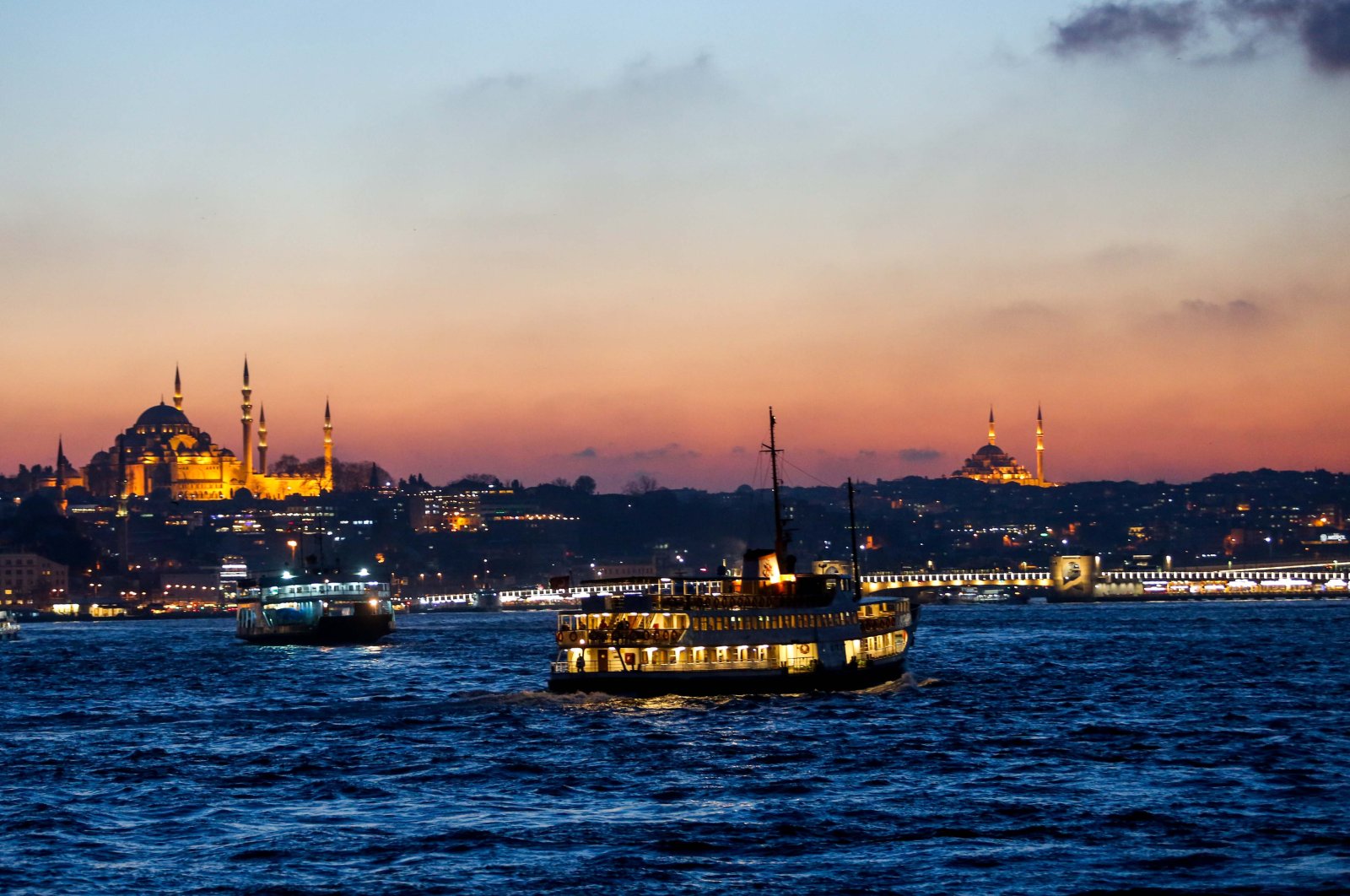 Ferry services between Istanbul’s Asian and European sides dropped their fares to only TL 0.05 for a limited time starting on Thursday. The city's Transportation Coordination Council (UKOME) made the decision at a meeting. Istanbul Mayor Ekrem Imamoğlu announced the decision via Twitter. “More ferries, more maritime transportation. We lowered ferry fares for trips between 10:00-16:00 to TL 0.05 until August 31 to encourage maritime transportation and flexible working hours,” Imamoğlu tweeted. The new fare will be applicable for ferry services between Üsküdar and Eminönü districts, between Kadıköy and Eminönü, Kadıköy and Karaköy and Kadıköy and Beşiktaş while ferries to the Princes’ Islands are exempt.

Ferries are the easiest and fastest way of transportation for commuters living and working on two sides of the city divided by sea and enable them to skip heavy traffic on bridges.

The announcement comes days after the mayor revealed plans for “sea taxis.” Sea taxis or small, enclosed speedboats offering rapid transportation, were already in use but lost popularity in time due to high prices. Imamoğlu says the share of maritime transportation in Istanbul’s traffic is around 3%, a considerably low rate for a city divided by the Bosporus waterway and home to the largest population in Turkey at more than 15 million people. The mayor plans to reintroduce sea taxis in the coming months with lower fares and more ports to stop over.

Yet, the municipality faces wrath for another plan to facilitate transportation. A decision to introduce 6,000 taxis was scrapped for now at the UKOME meeting after some members of the council opposed the plan criticized by taxi drivers. The municipality envisioned adding more taxis to the city’s taxi fleets and convert some passenger minibuses to taxis. Taxi drivers had convened ahead of the meeting to protest the decision. They claim the plan would disrupt their business already suffering due to the COVID-19 pandemic.

Orhan Demir, the municipality’s deputy secretary-general in charge of transportation, told reporters after the meeting that UKOME decided to refer the matter to a subcommittee for revision but will still have the final say on the issue. “Some members said there was no need for new taxis and the issue was not thoroughly discussed in subcommittee. Yet, we know that number of taxis in the city is still the same since 1990 while the population grew,” he said.

The municipality wants to adopt a new model with new taxis. Drivers will work in three shifts and will be required to wear uniforms, and there will be an option to pay for the ride by Istanbulkart, an electronic pass used for mass transit in the city. The mayor complains of a lack of taxis in the city with around 17,000 catering to a population of more than 15 million people.

For taxi drivers and companies, the mayor’s plan is “unnecessary.” Fahrettin Can, who runs an association of taxi drivers at Istanbul Airport, recently said the mayor’s timing was “wrong” and Istanbul does not need “new taxis” while existing ones already suffer from a lack of passengers. “Only 53% of taxis are occupied throughout the day, and others have difficulty finding passengers,” Can told reporters last week. He also expressed that the current number of taxis has the capacity to transport passengers but only needs an increase in ridership, while an increase in the number of taxis will only lead to an increase in emissions from vehicles.