Istanbul hosts 40% of all coronavirus patients in Turkey 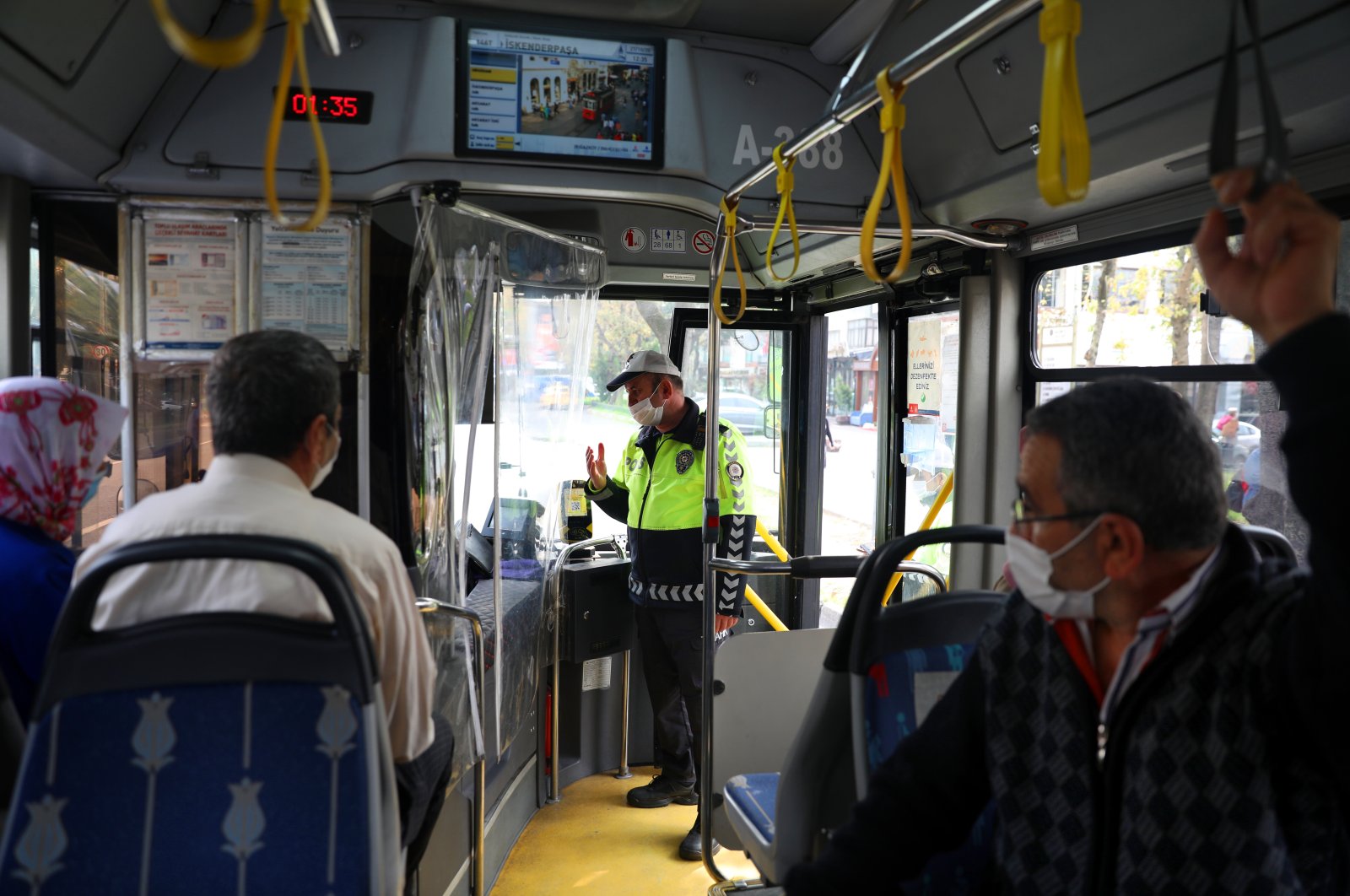 The COVID-19 pandemic trends largely stabilized across the country but Health Minister Fahrettin Koca says Istanbul, a city with a population of more than 15 million people, makes up 40% of the total number of patients.

Like in all provinces, Istanbul is subject to strict restrictions going hand in hand with “controlled social life.” Though lockdowns have not been imposed in months, residents are mandated to wear masks and face routine inspections over whether they are violating the rules and social distancing.

Koca started a week-long visit to the city on Monday and is holding regular meetings with local administrators to assess the situation. The Coronavirus Scientific Advisory Board will also hold its weekly meeting in the city later this week.

Recep Öztürk, a member of the board, says the residents of Istanbul are at risk based on the current data. “In other words, infection risk from a seemingly healthy person is twice as high in Istanbul compared to other cities,” he warned.

Authorities are already planning a series of measures while Minister Koca advised on Monday to thin the crowds, especially in mass transit. Istanbul Governor Ali Yerlikaya was quoted by the Habertürk daily as saying that they were discussing with the private sector the introduction of flexible hours to ease the crowd of commuters in buses.

In the end, curbing the pandemic in the city mostly depends on discerning citizens. This is what authorities repeatedly say at least, like Koca who tirelessly calls on the public to follow the simple rules of “mask, social distancing and hygiene.”

Öztürk says Istanbulites should exert extra caution, for instance, in eating out. “This is not a time when you can have a dinner out with four or five friends,” he said.

Speaking to Anadolu Agency (AA) on Tuesday, he said the number of patients in Istanbul constituted more than half of the number of patients across the country in the first months of the outbreak in Turkey, namely, March, April and May. It then dropped to as low as 12% of the total number of patients. He ties the surge to the end of the summer holiday to thousands of Istanbulites who left the city as soon as restrictions on inter-city travel were eased at the beginning of the season. Residents basically “fled” the city and with the advantage of school closures and the option of working remotely, extended their holidays in vacation resorts in the south or in their hometowns all across Turkey. Öztürk also cited a failure to adapt to measures, especially in crowded places, as well as in workplaces.

Koca said at a press conference in Istanbul on Monday that public institutions alone cannot fight the outbreak and urged the public for support. He called on the city's residents who recently returned from extended summer holidays to avoid meeting with others. “Do not meet your relatives or other families if not necessary,” he warned. “Those who do not have to go out, please, spend time at home,” he added.

Turkey’s overall virus tally stands at more than 363,000 while the number of recovered since the beginning of the outbreak rose to 316,008. The death toll so far is 9,874.