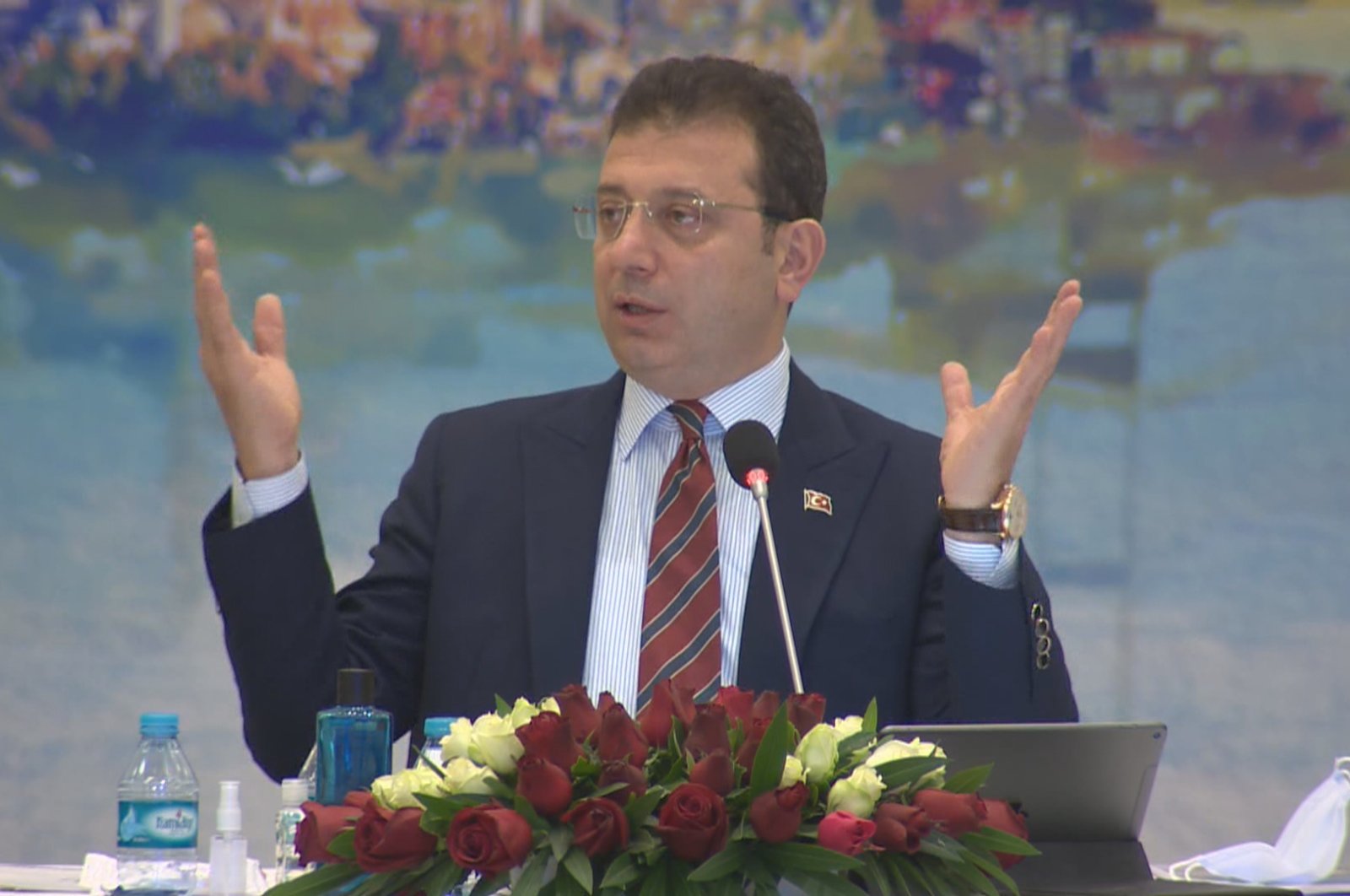 After a tense meeting and a quarrel with taxi drivers, Istanbul Mayor Ekrem Imamoğlu saw his plan to add 6,000 more taxis to Istanbul traffic shot down again Thursday.

This is the third time the Istanbul Metropolitan Municipality (IBB) put the plan up for the vote, only to see it rejected, amid strong opposition from the city's taxi drivers who fear competition.

The mayor arrived at the Istanbul Congress Center for a convention of the Transportation Coordination Center (UKOME), the city's authority overseeing transportation matters, amid protests by a group of taxi drivers. After arguing with protesting drivers, the mayor faced booing and angrily confronted the protesters before entering the center.

During the meeting, the mayor and municipality officials faced more opposition from representatives of taxi drivers. The mayor also faced the protest of a bureaucrat from the railway authority who opposed the live broadcast of the meeting on social media, citing privacy. Imamoğlu rejected the criticism and asked the bureaucrat to leave if he does not want to be filmed.

Imamoğlu came under fire again when Eyüp Aksu, the head of a taxi drivers' association, took the floor. Aksu said the municipality ignored drivers' view of the plan and criticized the municipality for "forcing drivers to install a device that does not work properly and charging drivers for it," referring to an online ride-hailing app called iTaksi.

Aksu said the municipality refused to renew the licenses of drivers if they did not subscribe to the app. Imamoğlu accused Aksu of "engaging in politics" when the latter claimed the mayor "pledged" new taxis for a select group.

Nurdan Apaydın, director of the Marmaray, an underground railway system connecting the city's European and Asian sides under the Bosporus, said railway systems will have a greater share in mass transit in a few years and the city did not need new taxis at least for the next five years.

In a tweet after the vote, Imamoğlu said the rejection was "not an obstacle for the proposal to be presented for voting."

"We stand by the promise we gave to 16 million people in Istanbul and thousands of taxi drivers," he tweeted.

IBB first proposed the plan for new taxis in June. It held a vote the same month where it was rejected. The proposal was put up for another vote in September which was also rejected at a meeting of UKOME, whose members also include bureaucrats from ministries.

Taxis are widely preferred by tourists or locals tired of overcrowded mass transit in the city. Yet taxi drivers have been at the center of a string of complaints in past years, from scamming to sexual assault. Videos of taxi drivers harassing tourists and overcharging them have been circulating on social media and several trials are underway against drivers over those allegations. They are also criticized for picking wealthier tourists over locals, especially in historical areas and other places popular among tourists.

When he introduced the plans for more taxis, Imamoğlu also announced that the drivers would work in three shifts and would be required to wear uniforms and that taxis would have the option to receive payment via Istanbulkart, an electronic pass used for mass transit.

The mayor had said back in June that the number of taxis, currently around 17,000, was too low to cater to the city's growing population.