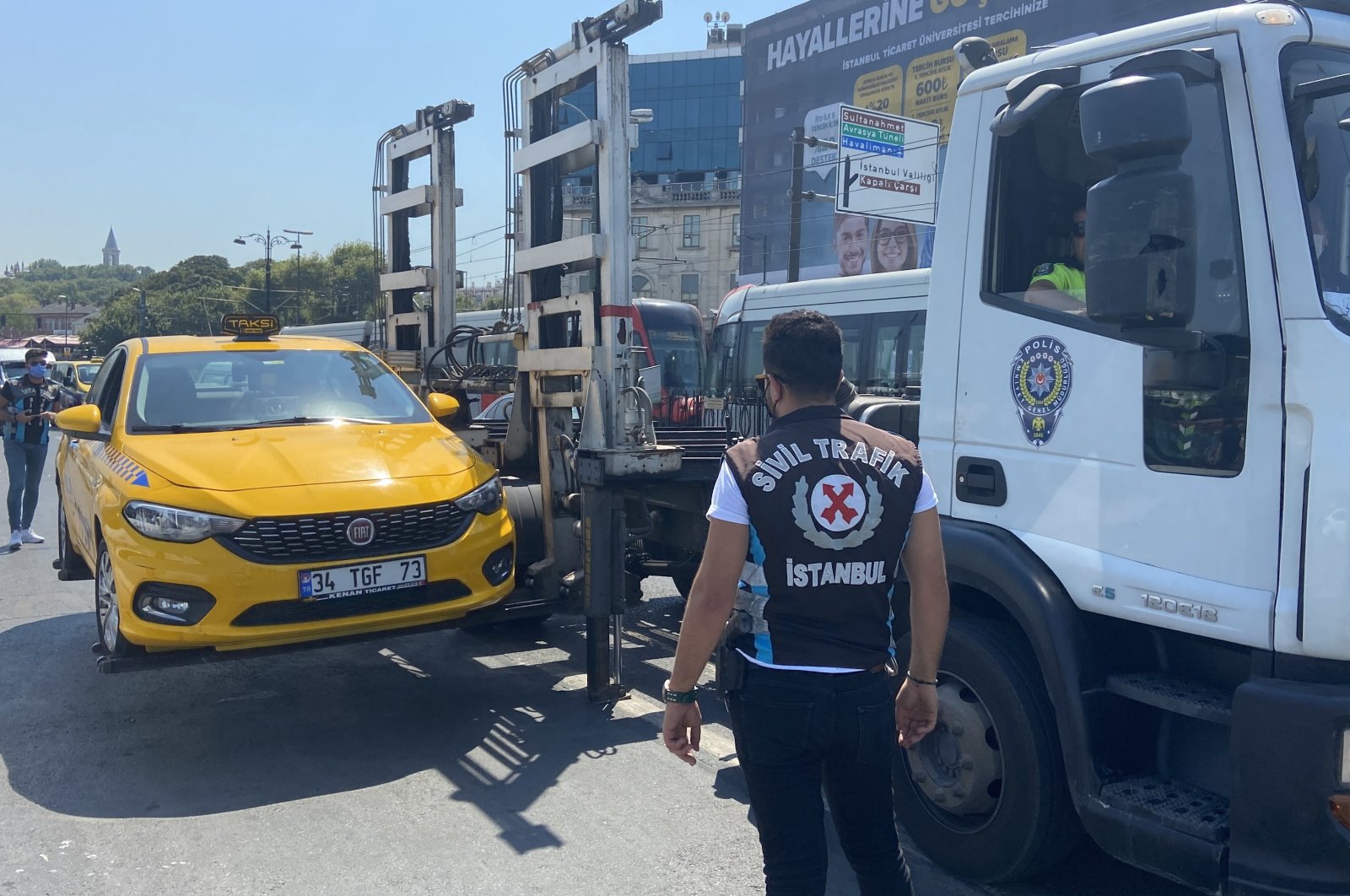 Plainclothes police officers posing as tourists put a dent in a lucrative scam by taxi drivers near Istanbul’s top tourist attractions. They managed to nab two drivers, including one who asked for $58 (TL 500) for a ride from Taksim Square to Şişli, a district only a few kilometers away. Another drive asked for 50 euros (TL 504) for even a shorter distance. Both were fined.

Officers were out for inspections on Tuesday in Beyoğlu and Eminönü, a district and a quarter of the city popular among tourists visiting landmarks, from the Grand Bazaar to Istiklal Avenue. They posed as moneyed Arab tourists, who often fall victim to overcharging taxi drivers. Some drivers tried to negotiate a fare with “tourists” instead of charging them with fees recorded by taximeters. Others flatly asked for high prices for short distances. Police handed out fines to drivers with multiple violations of rules, from refusing to use taximeter to smoking inside the vehicle and not wearing safety belts. Two drivers had their taxis impounded due to multiple violations.

A driver fined for not using a taximeter said he did not know his customers “were speaking” and decided to charge them TL 50. “Others ask for 50 and sometimes, 100 euros,” he defended his action.