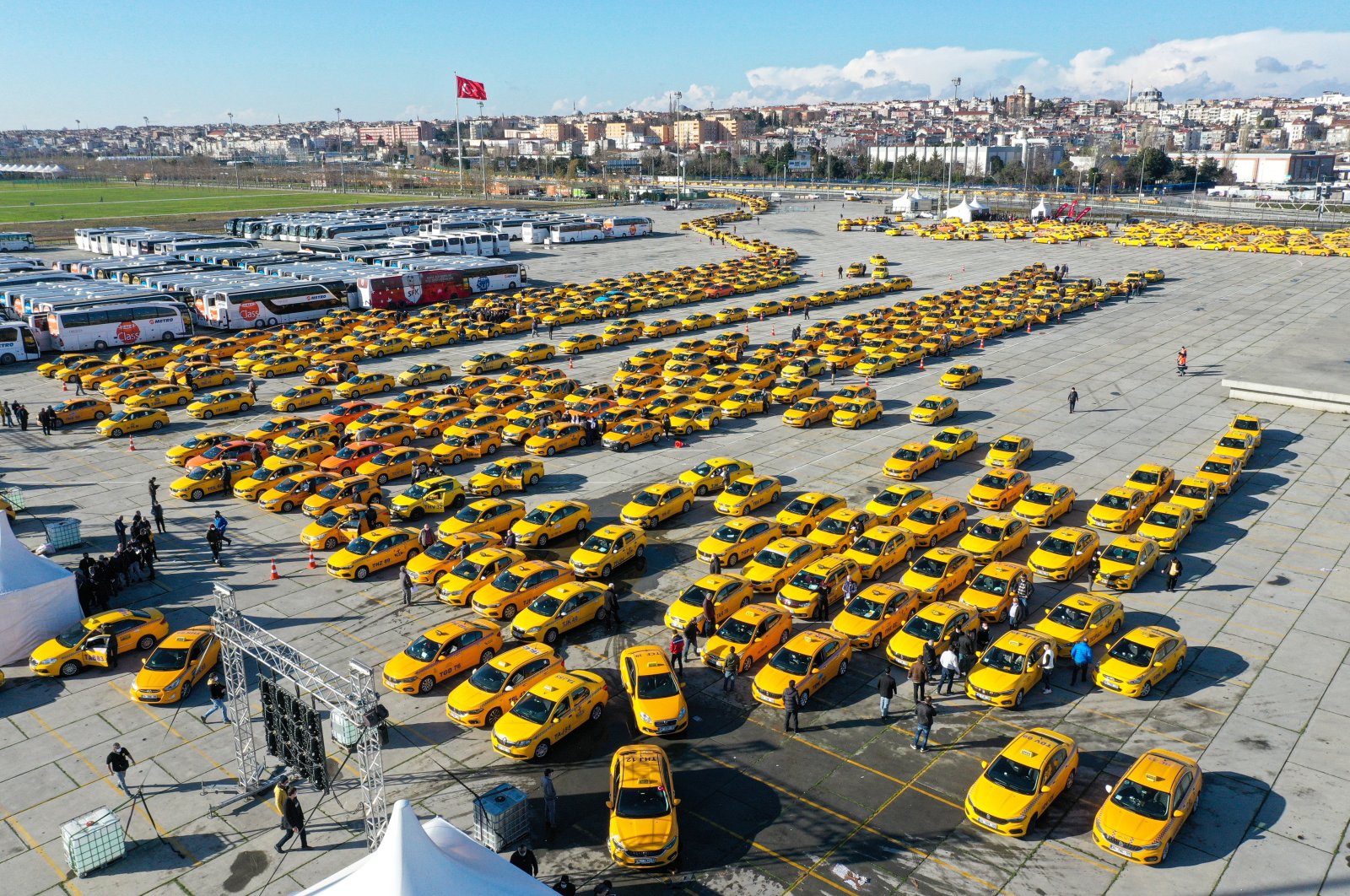 Jumping in a taxi is the easiest way to travel around Istanbul, however, some taxi drivers can make it an expensive experience for tourists. For locals, on the other hand, finding a taxi for short-distance rides remains a challenge. These two common complaints add to the bad reputation that has stained the occupation.

The city’s taxi problem made the headlines again last week when the Istanbul Metropolitan Municipality (IBB) announced 397 taxi licenses had been suspended after the drivers were accused of overcharging customers. Istanbulites complain that many drivers find excuses not to admit passengers traveling cheaper, short-distance, routes – with the most common claim being that their shift just finished.

Meanwhile, tourists say they have to bargain with drivers before hitching a ride in a bid not to get ripped off. A couple holidaying in the city, who did not provide their names or nationalities, told Demirören News Agency (DHA) on Tuesday that a taxi driver asked for $14 (TL 120) to take them from Taksim Square, even though the journey should normally cost half the amount. The couple said that their hotel advised them to negotiate the price before getting in a taxi but that they struggled to find a driver offering a reasonable price and only came to a compromise after minutes of negotiations with multiple drivers.

Oya Dereci says she opts for mass transit nowadays after the trouble she has had with taxi drivers. A resident of Mecidiyeköy, one of the busiest business districts in the city, Dereci says some drivers are reluctant to pay back change while others ask where you want to go and make excuses if it is a short distance. “I had luggage once and a taxi stopped by. The driver asked if I was going to the airport. When I told him I would go to a nearby location, he sped away,” she said.

Fikret Aslan, another Istanbul resident, says taxi drivers prefer tourists over local customers. Aygün Nuriyeva says she uses an app to hail taxis but when the drivers see her “short” route they don't show up. Leman Arkun says she faced the same problems and filed complaints against drivers but often they receive light fines. “They never accept short-distance fares and if it rains, you cannot find a ride at all,” she complained.

Taxi drivers acknowledge the complaints but say not all drivers refuse short-distance trips and overcharge customers. “We drive people anywhere they want but if there is too much traffic, some drivers do not want to travel to traffic-heavy locations,” Hurşit Yavuz, a taxi driver working in the Kağıthane district, said. Mustafa Akça, a driver for 22 years, says taxi drivers working for a fixed taxi rank are obliged to take customers where they want to go, regardless of distance. “But some taxi owners hire ‘greedy’ drivers who want to earn quickly with one long-distance fare, instead of earning multiple fares throughout the day." Traffic is another problem, "As long as there is heavy traffic, finding a taxi will be difficult in Istanbul,” he said.

Driver Ahmet Yavuz says some drivers, especially outside popular shopping malls and touristic locations like Sultanahmet Square, tend to pick “foreign” customers. “I pick any customer. People should have their own navigation device or calculate the average fee for a given location before getting a taxi. They can call 153 (the municipality hotline for complaints) if they are charged too much,” he said.