Istanbulites’ barbecues go up in smoke after ban 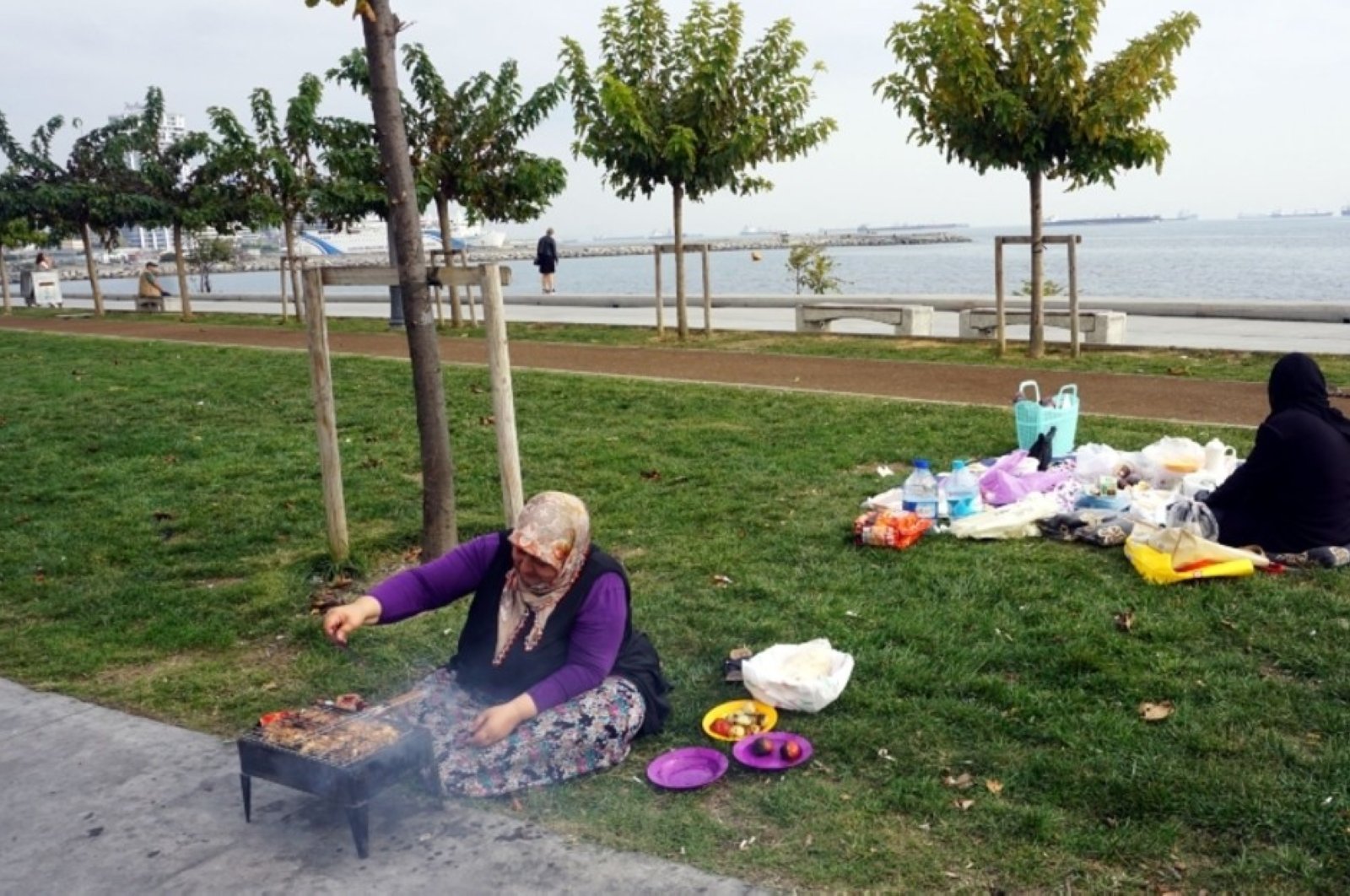 This undated photo shows a woman barbecuing near a seaside promenade in Istanbul. (DHA Photo)
by Daily Sabah with DHA Mar 15, 2020 11:51 am
RECOMMENDED

The Istanbul Municipality began enforcing a ban on barbecuing in public spaces this weekend. Mayor Ekrem İmamoğlu had signaled months ago he would curb the behavior, a favorite pastime of middle- and low-income families.

Starting Saturday, municipal police began inspecting the city’s shores and green spaces that are normally filled with barbecue enthusiasts when the weather is warm. So far, they have given picnickers only warnings. The municipality has yet to announce whether there would be fines for violating the ban in the future.

Gökhan Kara, who received a warning from municipal police while barbecuing on the shore, said he did not approve of the ban. “People want to do it here. They cannot barbecue in their flat. Shores and green spaces are the only places they can do it. They can barbecue and clean it up afterward, so there won’t be any problem,” he said.

Cihan Meral supports the ban. “It is worse in the summer. You can’t walk without smoke getting into your eyes. Many people complain. I support this decision, but the municipality may allocate some areas for barbecuing. It is part of our culture after all,” he said.

The municipality said in an earlier statement that it would enforce the ban to prevent environmental pollution and address the complaints of citizens bothered by dense smoke by hundreds of barbecues lined up on the shores and other public areas. Signs alerting enthusiasts of the ban were posted in popular barbecuing locations.

İmamoğlu implemented a similar ban while he was the mayor of Beylikdüzü, a district on Istanbul’s European side.

Barbecue, known as “mangal” in Turkish, is an inseparable part of weekend outings, especially for families who cannot afford steakhouses.