Istanbulites lose 70 minutes every day due to high traffic density 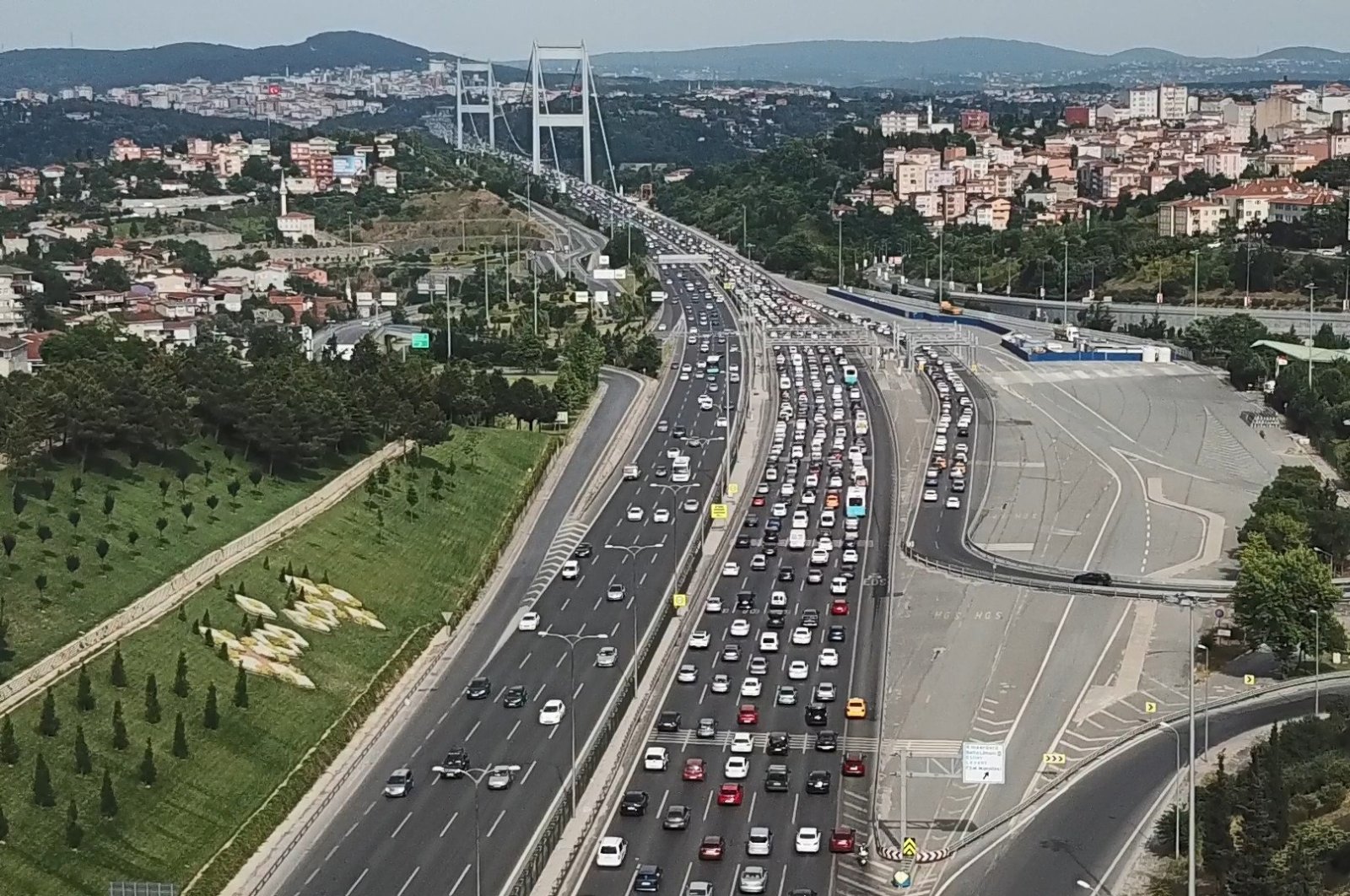 An aerial view of the July 15 Martyrs Bridge, formerly knowns as the Bosporus Bridge, which is among the city's most congested areas. (DHA Photo)
by Daily Sabah with DHA Oct 14, 2020 11:34 am
RECOMMENDED

Residents of Turkey’s mega-metropolis lose 70 minutes every day due to high traffic density and spend six days in a month on traffic, recent research reveals.

A report on Istanbul’s notorious traffic was prepared by academics from Yeditepe University, who monitored traffic data in 5,000 kilometers (3,107 miles) of roadway in Istanbul for a year. The study suggests that people using private vehicles for their daily commute lose 70 minutes each day in peak hours of traffic. Distances that could normally be reached in 15 minutes take 50 minutes.

The data also showed that drivers using the main arterial road of Istanbul traveled at 29.3 kph (18.2 mph) speed during the day in 2019. Drivers lost 66% of their time on the traffic due to the congestion. While the average speed of drivers on the main arteries in the mornings of workdays was measured as 24.2 kph, they spent 72% of their time on traffic because of density. The loss of time increased in the evening hours, reaching 79%, while the average speed of drivers decreased 18.8 kph.

One of the researchers, Serkan Gürsoy emphasized that loss of time due to traffic density has turned into “dramatic damage.”

“The losses of time and damages caused by the traffic density has reached terrifying levels. Residents who use their personal cars for their daily commute in Istanbul sacrifice almost their six days in a month in traffic,” he said.

Despite the ongoing traffic problem, there have been also some positive developments in recent years to find a solution. The Istanbul Metropolitan Municipality's (IBB) investments in transportation and introductions of smart solutions have reduced traffic congestion by 6%, despite an annual increase in population and the number of vehicles in Istanbul, a report in 2019 revealed.

According to a report unveiling Istanbul's traffic index by TomTom, which is regarded as one of the world's leading traffic data providers, traffic congestion fell from 59% in 2017 to 53% in 2018. Thanks to IBB's ongoing rail system projects, it is envisaged that the traffic congestion will be further relieved in the coming years.