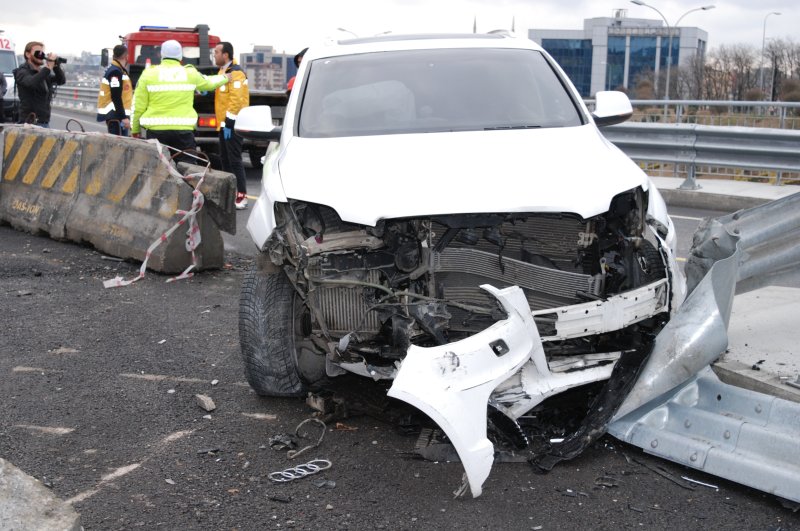 Officials at Istanbul's chief road management authority are mapping out areas of the city's road networks where the most traffic collisions occur in order to improve driver and pedestrian security in Turkey’s most populous – and woefully traffic-ridden – city.

With the exception of a lucky few, rush hour gridlocks are an inevitable part of life for residents of Istanbul. More than 4 million vehicles hit the roads every day in the city, causing tailbacks that often stretch back kilometers, generating unpleasant noise pollution night and day.

According to data released by the authorities, 117 people died in 16,051 accidents that occurred in Istanbul in 2019, while 22,040 others were injured.

Setting out to determine where accidents occurred most often to pinpoint shortcomings in safety measures already enacted by the city, officials at Istanbul’s traffic control authority have set out to improve traffic conditions and reduce the number of accidents.

Speaking to Demirören News Agency, Capt. Emre Şen at Traffic Control Center of the Istanbul General Directorate of Security said any 100-meter stretch of road where two or more accidents occur would be regarded as an accident hot spot.

“We are meticulously entering the exact coordinates of each reported incident in the city and adding them to the map. If two or more accidents have happened within 100 meters of each other, we rule that stretch of the road an accident hot spot. After that, a team of experts goes to the location to determine whether the accident occurred due to the road’s condition, the speed limit or another oversight. It is not normal for several accidents to occur at the same spot,” he said.

Şen said after an accident-prone spot is detected, experts are sent out to investigate the reasons for the incidents, and the relevant administrative bodies are then notified and tasked with coming up with a solution.

Warning drivers to obey the traffic rules, Şen said alcohol consumption and the use of mobile phones were the leading causes of accidents. Statistics, however, point to speeding as the main cause of accidents.

According to the data, 46% of the accidents occurred due to speeding, with 1.3 million drivers fined for exceeding speed limits. Faulty maneuvers followed speeding was the second-most common cause, with 18% of the accidents in Istanbul occurring due to drivers attempting dangerous or illegal turns.