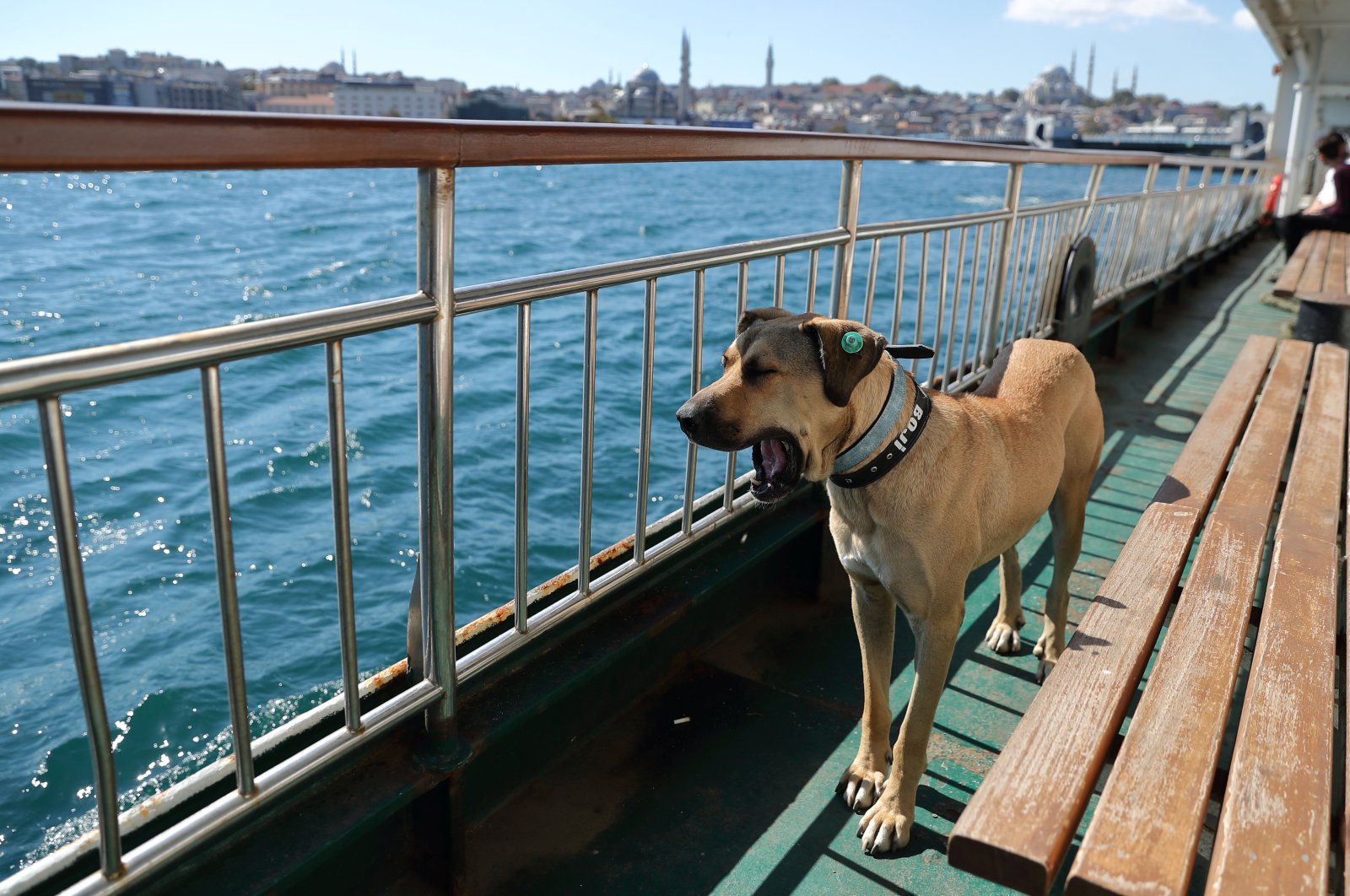 Boji, who shot to fame last year as Istanbul's "commuter dog," has finally found a home after making rounds every day on all means of mass transit across the city. The city's mayor, Ekrem Imamoğlu, announced that Ömer Koç, chairperson of Koç Holding, one of the biggest business conglomerates of Turkey, has adopted the dog.

The canine commuter was spending his days recently at a shelter operated by Istanbul Metropolitan Municipality (IBB) as the cold weather gripped the city. Imamoğlu announced his next home on Twitter and thanked Koç. "Boji, Istanbul's world-famous dog, now has a home where he can roam, run freely. He will be away from people who wanted to hurt him," he tweeted.

Though he warmed the hearts of millions with his viral photos and videos, Boji became a target of a smear campaign when a photo on social media allegedly showed the animal defecating on the seat of a tram he was traveling on. However, security camera footage of the tram released by the municipality revealed that an unknown man had purposefully placed canine excrement on the seat.

Koç Holding is also behind SemtPati, an app that brings animal lovers and stray animals together in Istanbul, by mapping out the location of stray dogs and cats. The app contains a database for each animal in every neighborhood, information on people feeding and caring for them as well as veterinarians operating in the area.