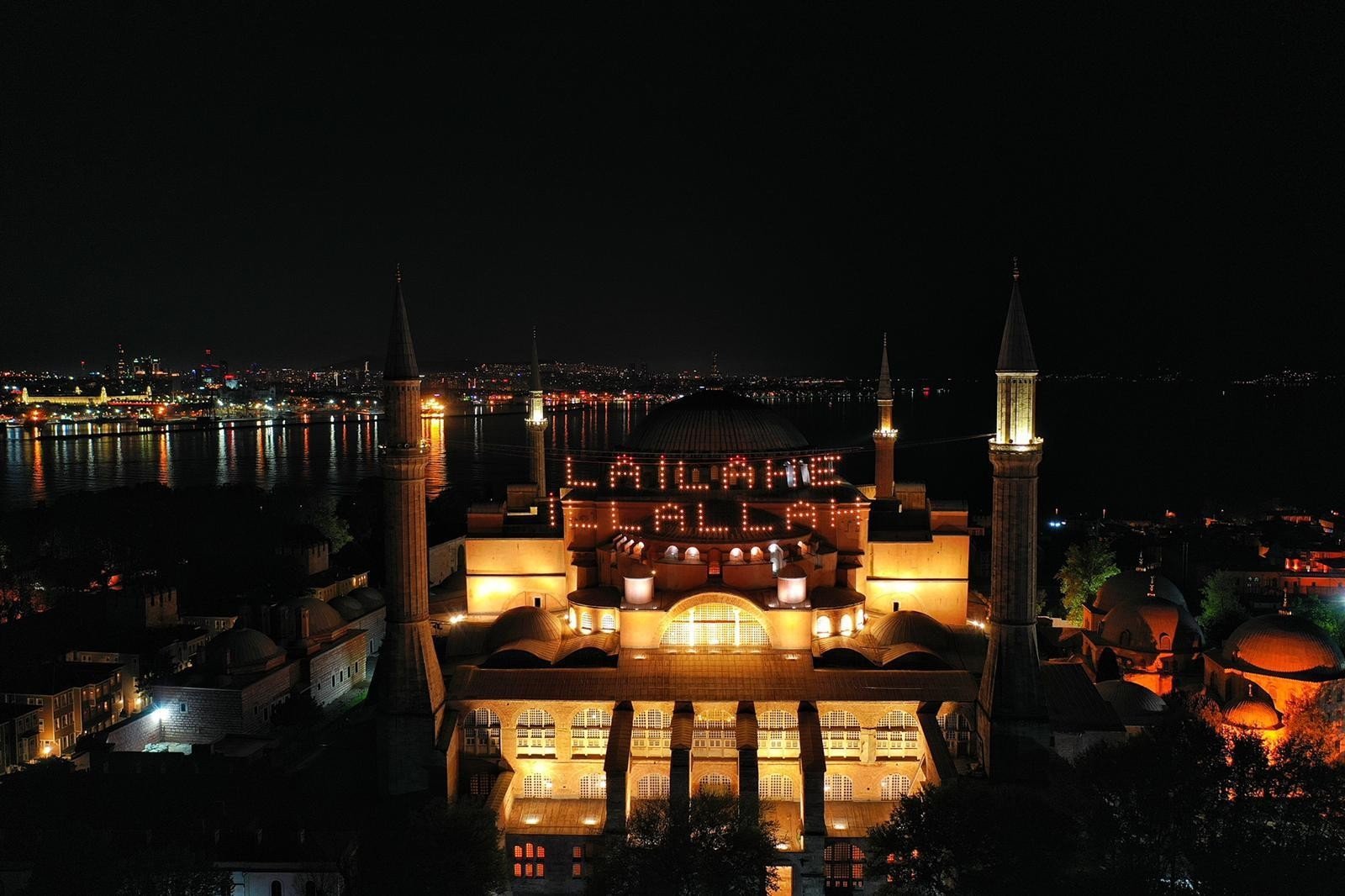 The Hagia Sophia Grand Mosque is seen in this aerial picture after it was adorned with traditional Ramadan mahya, in Istanbul, Turkey, May 7, 2021. (IHA Photo)
by DAILY SABAH WITH AGENCIES May 08, 2021 6:45 pm

Istanbul's iconic Hagia Sophia Grand Mosque was adorned with traditional Ramadan mahya to mark one of the holiest nights in Islam Laylat al-Qadr for the first time in 87 years.

The mahya is a string of illuminatory lights hung between minarets and feature the Kalimat al-Tawhid, or "La Ilahe Illallah" (there's no God but Allah). This year it was lit by Istanbul Governor Ali Yerlikaya on Friday alongside one of the few remaining mahya masters Kahraman Yıldız, ahead of Saturday's Laylat al-Qadr.

The historic landmark Hagia Sophia was reverted to a mosque last July and reopened for prayers after an 86-year hiatus.

Mahyas, featuring religious verses or advice for good deeds, are a centuries-old Ramadan tradition from Ottoman times. Yıldız, an electrician by profession who has been working for the General Directorate of Waqfs since 1971, is one of the few masters that carry on the tradition.

The Laylat al-Qadr, or the Night of Power, marks the night in which the first verses of the Holy Quran were revealed to Prophet Muhammad. Muslims consider the 27th night of Ramadan to be the holiest night of the year and the faithful are encouraged to spend the time in prayer and devotion to God until dawn. The Quran says the night is better than 1,000 months, equivalent to more than 83 years.