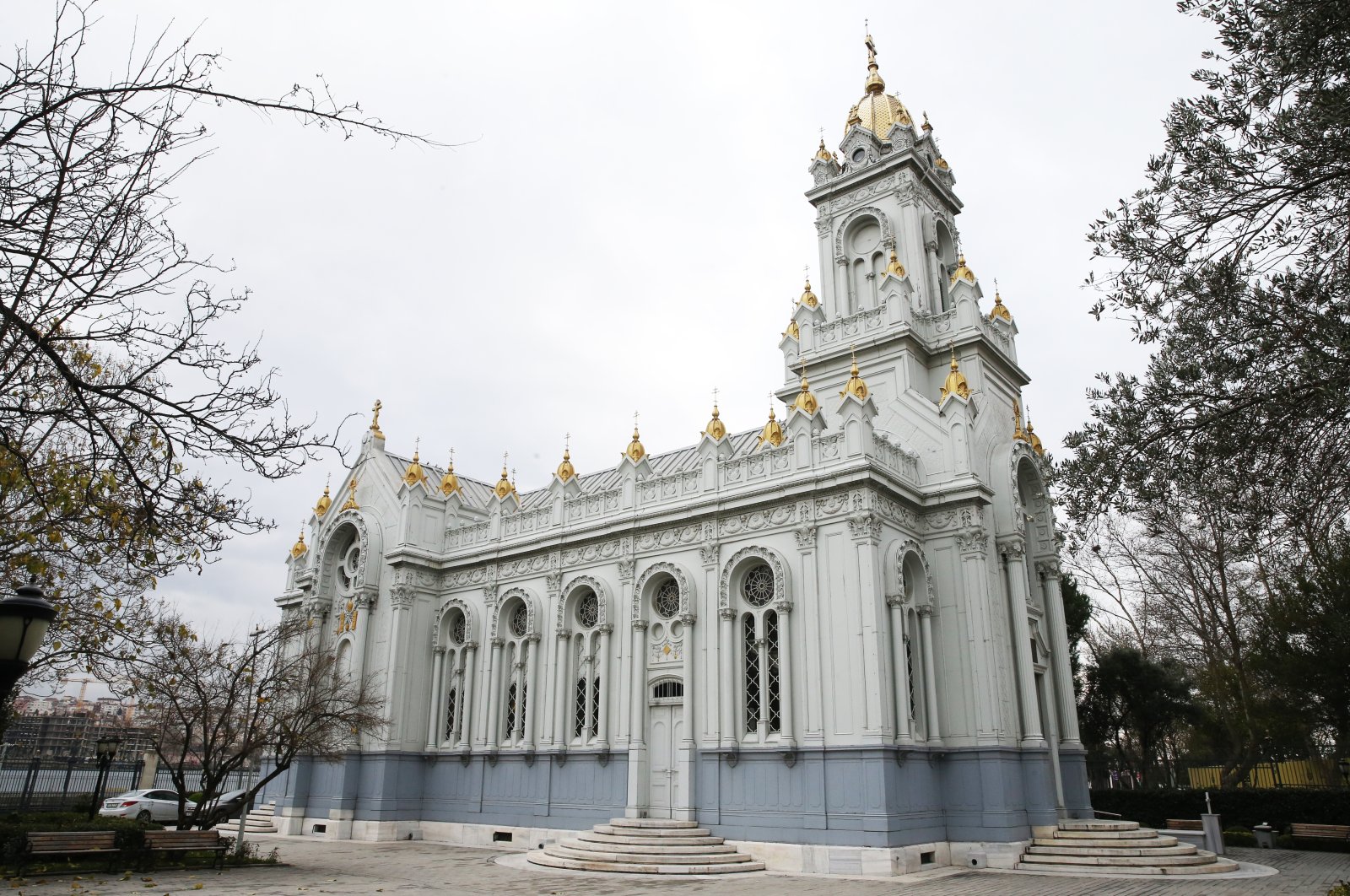 Reopened in 2018 after a comprehensive restoration, Istanbul's iconic "Iron Church" marks its 124th year as the world's only surviving completely iron church. The Bulgarian Church of Sveti Stefan has been attracting the attention of those who cross the Golden Horn for decades with its interesting structure and eclectic architecture.

The Neo-Gothic style church dates back to the 19th century. It was opened in 1898 in Balat, the traditional Jewish quarter on the European side of Istanbul. The Iron Church is among the first prefabricated structures in the world. It was brought to Istanbul’s historic Balat District via the Danube River and the Bosporus by loading the castings and metal parts prepared in the Austrian capital Vienna and mounted on the shore of the Golden Horn, a major urban waterway and the primary inlet of the Bosporus in Istanbul.

Although the church, with its altar facing the Golden Horn, was completed in 1896, costing 4 million Bulgarian silver levs at the time, the architectural partition wall was opened to worship in 1898 due to the redesign of the iconostasis. The church has a capacity of approximately 300 people and remains under the auspices of the Bulgarian Exarchate Orthodox Churches Foundation.

There is a 40-meter-high (131-feet-high) bell tower above the entrance of the church, three Russian-cast domes and six bells, two of which are used today. The church, which continues to be one of the biggest symbols of the Bulgarian Orthodox faith, was built in the shape of a cross using 500 tons of iron. It attracts the attention of history, culture and design enthusiasts as well as local and foreign tourists.

The house of worship, whose iron oxidized and started to decay over time, was restored in 2011-2018. It was reopened on Jan. 7, 2018, with a ceremony attended by President Recep Tayyip Erdoğan as well as the prime ministers of Turkey and Bulgaria.

A church official, Aleksandr Masev, told Anadolu Agency (AA) that with the nationalist movement that started at the beginning of the 19th century, the Bulgarian community living in the Ottoman geography, especially in Istanbul, sought a church where they could perform rituals in their own language. For this reason, a wooden church was built in place of the present church with the permission of the Ottoman sultan of the period. Masev said that with the increase of the Bulgarian people over time, a larger church was needed, and the wooden church was burned several times. Noting that a larger and more magnificent stone church was planned to be built in place of the wooden church, Masev said that Swiss architects the Fossati brothers prepared projects. "The construction phase of that church began, but the church was never finished. Because the ground was swampy, the masonry could not support the building,” he added.

When a competition was opened to decide the type of church to be built in the region, Hovsep Aznavur, one of the Ottoman Armenian architects of the period, won it with a completely iron-clad project, and in 1892, the construction process of the church began. The construction of the church took between four and 4 1/2 years, according to Masev. "It was finished in 1896, but it was decided that the wooden iconostasis part was not suitable for the church, its reconstruction continued for one or two more years and the church was opened with a ceremony in 1898,” he added.

Pointing out that the information in the sources about the history of the church is mixed and that the church was built during the Industrial Revolution, Masev said: "In fact, it was built almost at the same time as the Eiffel Tower. That's why many churches were made of iron in Europe and especially in Asia at that time.”

"There are not two or three of these, but eight to nine churches, but many of them are idle, unused,” he added. "But if I'm not mistaken, there is another church with the same name in the Philippines, the Catholic church, made of iron and much larger. But it's true, this church is the only Orthodox church in the world made of iron.”

Noting that the largest of the bells weighs around 750 kilograms (1,653 pounds), he said: "All of the bells were sent as gifts from Yaroslavl, Russia at that time.

The church is open to visitors every day without a fee.