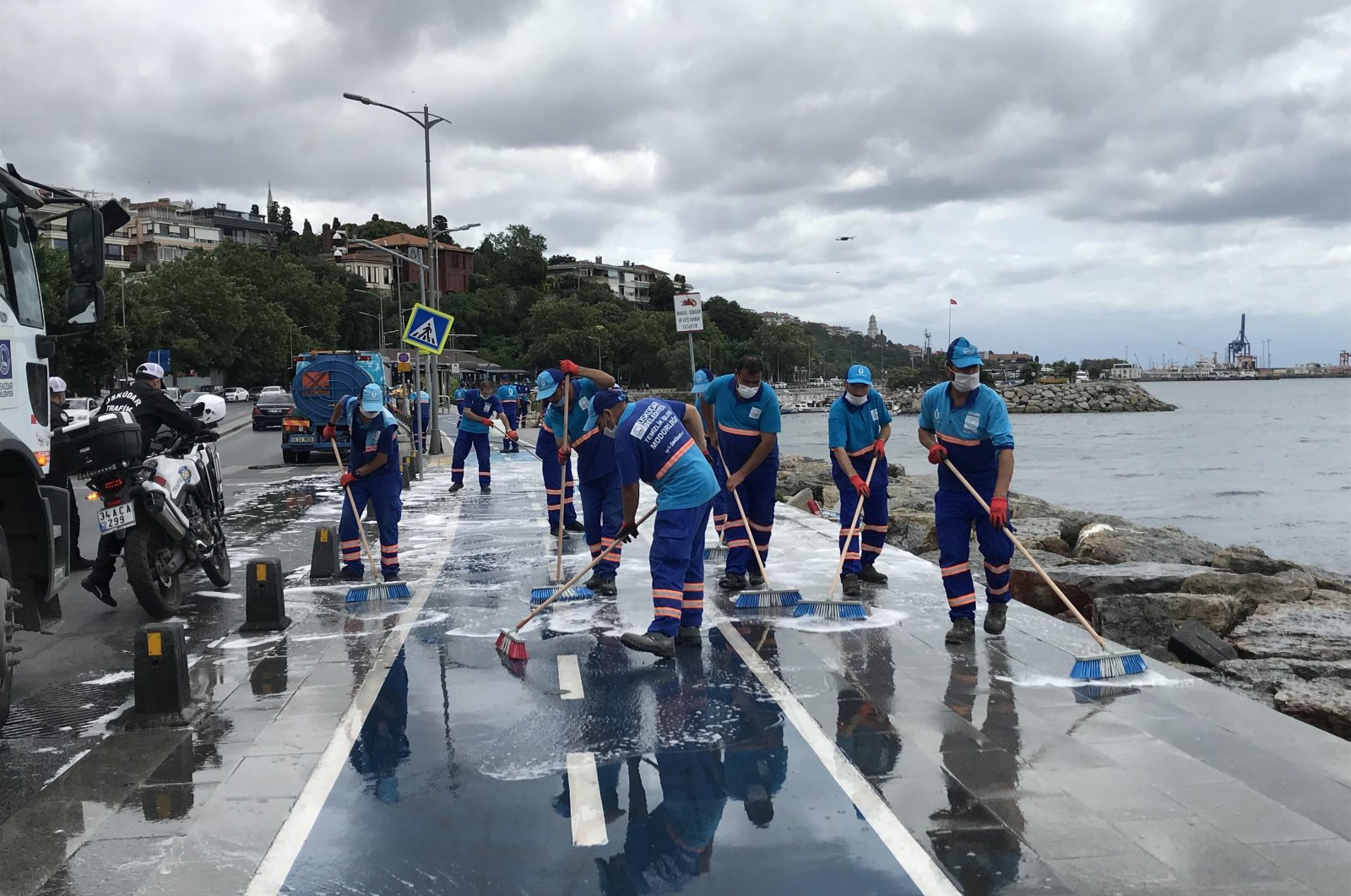 Eating sunflower and pumpkin seeds is a favorite pastime of Turks, whether in front of the TV or at the park. Unfortunately, few mind the pollution of casually dumped leftovers, but Istanbul’s Üsküdar municipality wants to curb the mess seed eaters leave behind, banning their consumption at one of the city’s most popular spots. Starting on Wednesday, eating seeds will be forbidden on a promenade on the shore of Bosporus, which is situated opposite the notable landmark Maiden’s Tower.

Üsküdar Mayor Hilmi Türkmen announced the decision on Twitter. “It was a difficult but necessary decision for us. Eating seeds on Üsküdar's coast from Harem to Küçüksu is now banned. We expect understanding and cooperation from the public. We don’t want to fine people, but those issued will be diverted to a fund serving the needs of the disabled community,” he said.

Türkmen told reporters on Wednesday that the promenade is one of the most beautiful spots from which to watch the Bosporus, but keeping it clean is a challenge, pointing out the abundance of leftover seed droppings. “Some people, unfortunately, dump their shells on the pavement, the roads or into the sea. In the end, we had to ban it. The sale of seeds are also banned,” he said.

“We want to host people on a clean coast and received widespread support for this decision. Even those dumping shells support us,” he said.

A fine of TL 61 ($8.89) will be imposed for those violating the ban under Turkey's Misdemeanors Act. The municipality’s crews will be on patrol around the clock to enforce the ban. Türkmen says they will use fines for the acquisition of vehicles for disabled citizens and other services for the disabled community.

Kadriye Kılıç, who was eating seeds on the coastal strip, said she was unaware of the ban but would be more careful now. “I already collect the shells in a bag and dump them in a dumpster. This is a good decision because people throw them randomly and we see everywhere dirty,” she told Demirören News Agency (DHA).

Nesim Durul, a local walking on the promenade, said he supported the decision. “People dump seeds, bottles, leftovers of whatever they eat or drink. We need a cleaner coast. I see tourists putting shells of seeds into bags they brought with them but our people just throw them away,” he complained.