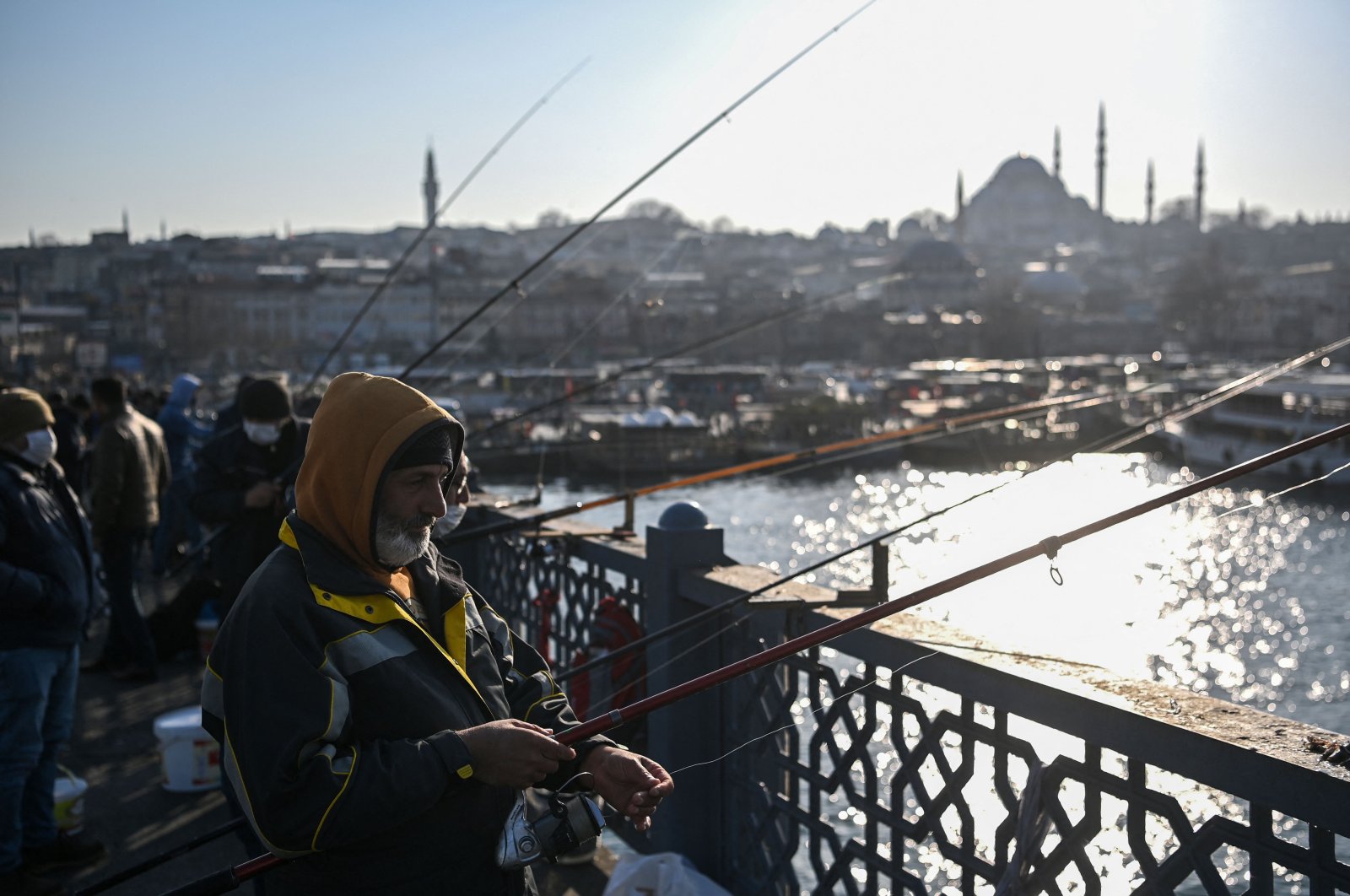 Amateur fishermen, flinging their rods off the shores of the Bosporus, is an image inseparably associated with Istanbul. But most of them are unknowingly polluting this famous waterway, which already suffers from other forms of pollution, with their fishing rods. Experts warn that lead sinkers used with rods can lead to poisoning when discarded into the water.

“Lead is a toxic material. Once it is dropped into the sea and mixed with salt water, it will be harmful to the environment in the long run,” Professor Gülşen Altuğ from Istanbul University’s Department of Maritime Sciences told Demirören News Agency (DHA) on Monday. She warned that an increased presence of lead in the Bosporus could have dire consequences, from affecting fish habitats, entering fish larvae and eventually ending up inside the fish, something that might ultimately harm those who consume the fish.

Fishermen are not the only people to blame, as haphazardly discarded industrial waste also contains high levels of lead. But Altuğ says raising awareness among fishermen on the issue may help to resolve it. “Another solution can be setting up a regular collection system in sites with a concentration of lead waste,” she says.

Lead is commonly used as a material in making sinkers as it is cheap and can be easily produced. It also resists corrosion. Yet, concerns over pollution from sinkers lost at sea forced some countries, including the United Kingdom and Canada, to ban lead sinkers above certain weights.

Altuğ says lead has another effect and that is increasing the immunity of bacteria found at sea. “With such toxic material in their habitat, bacteria develop a stronger immune response. We have COVID-19 today but tomorrow, we might face a super-strong bacteria resistant to heavy metals and other pollutants,” she warned.

Serkan Eser, who runs a shop selling fishing materials on the Sarıyer coast of the Bosporus, said he sells more than 100 kilograms of lead sinkers monthly. “It is an essential item for fishermen,” Eser, who is also an amateur diver, said. “I occasionally see sinkers at the bottom. Here in areas near the Sarıyer coast alone, you can find tons of sinkers at the bottom. I believe there is more further away. You can swing your line up to 100 meters away from the shore, there is certainly more,” he added. Eser said losing sinkers is inevitable for most amateur fishermen. “I’ve been doing this for years but I even occasionally lose sinkers,” he said. Musa Özdemir, a fisherman, said he buys about one kilo of lead sinkers every month and it was the preference of most fishermen as they are cheap. “I don’t see any alternatives, I never came across one,” Kemal Demir, another amateur fisherman of 25 years, said.