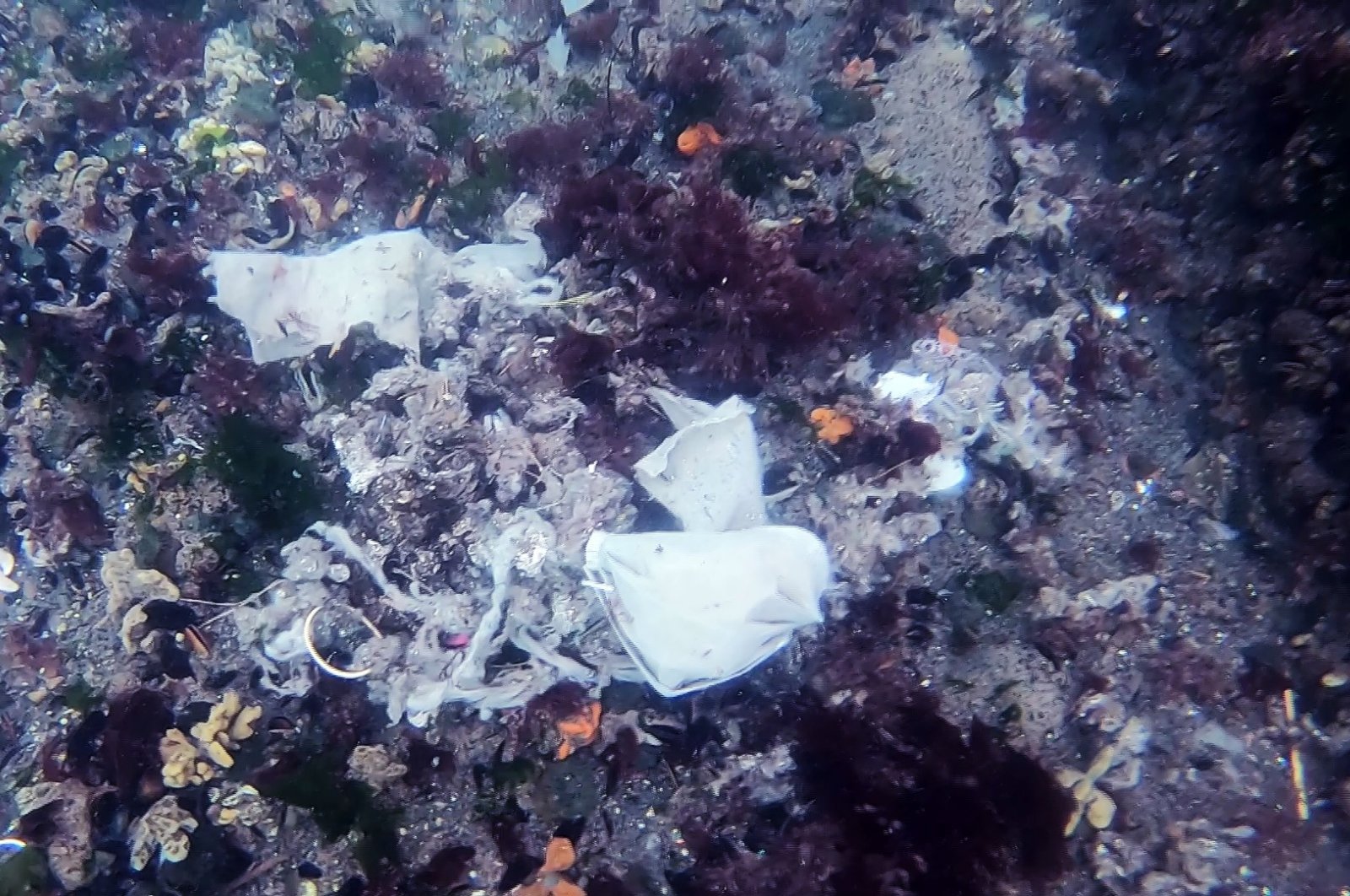 The Bosporus, the busiest waterway of Turkey, has its fair share of garbage. Volunteers and municipalities often clean it up, but nowadays, it is home to a different kind of trash: masks and gloves.

Isa Şahintürk, the first diver to take underwater photos and videos of the Bosporus during the three months of the coronavirus outbreak, says face masks and gloves were among the most common items he came across.

Decreasing maritime traffic, weekend curfews and a ban on fishing on the coast afforded the Bosporus some quiet days since March. Dolphins, a rarity in the pre-pandemic era, have been sighted multiple times in the deserted waterway.