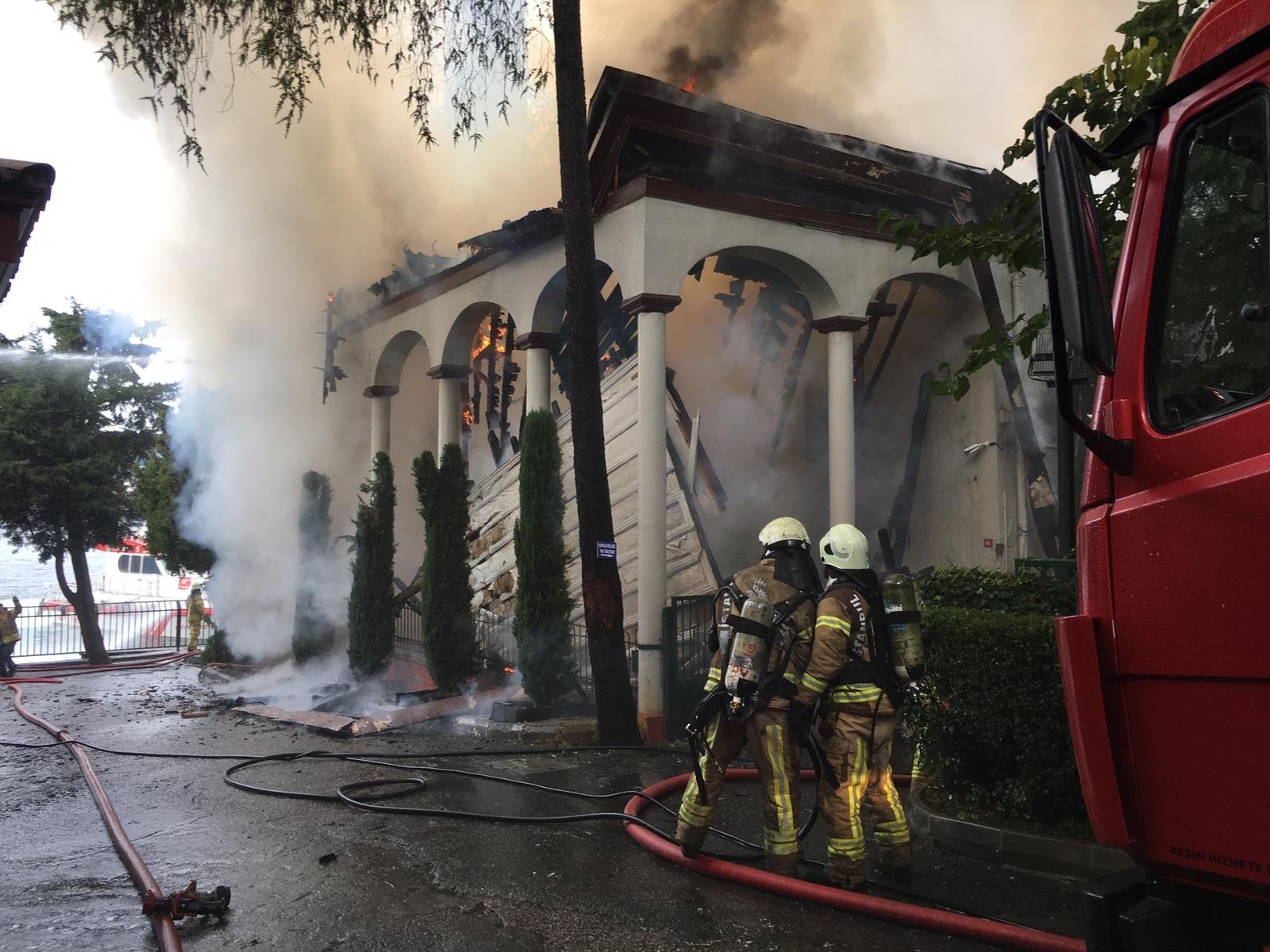 The historic Vaniköy Mosque in Istanbul’s Üsküdar district appeared to have been severely damaged after a fire broke out Sunday.

A large number of firefighters were dispatched to the scene to extinguish the fire. The fire was controlled from the sea with the support of the teams affiliated to the Coast Guard Command (ShGK).

In a statement, the Governorship of Istanbul said the fire broke out at around 1:30 p.m. (10:30 a.m. GMT) in the 17th-century mosque along the Bosporus in Üsküdar district.

"Three coast guard boats from the sea, five fire brigade trucks from the Istanbul Metropolitan Municipality and their crew were dispatched to the scene," the statement said.

The fire was extinguished due to the intense efforts of the teams.

The cause of the fire, which caused major damage, is not yet known. An investigation into the incident, however, has been launched.

Meanwhile, the imam of the mosque suffered a panic attack after thinking his children were trapped inside.

The mosque, mainly made from wood, was built by Vani Mehmet Efendi, a Turkish scholar, in 1665.