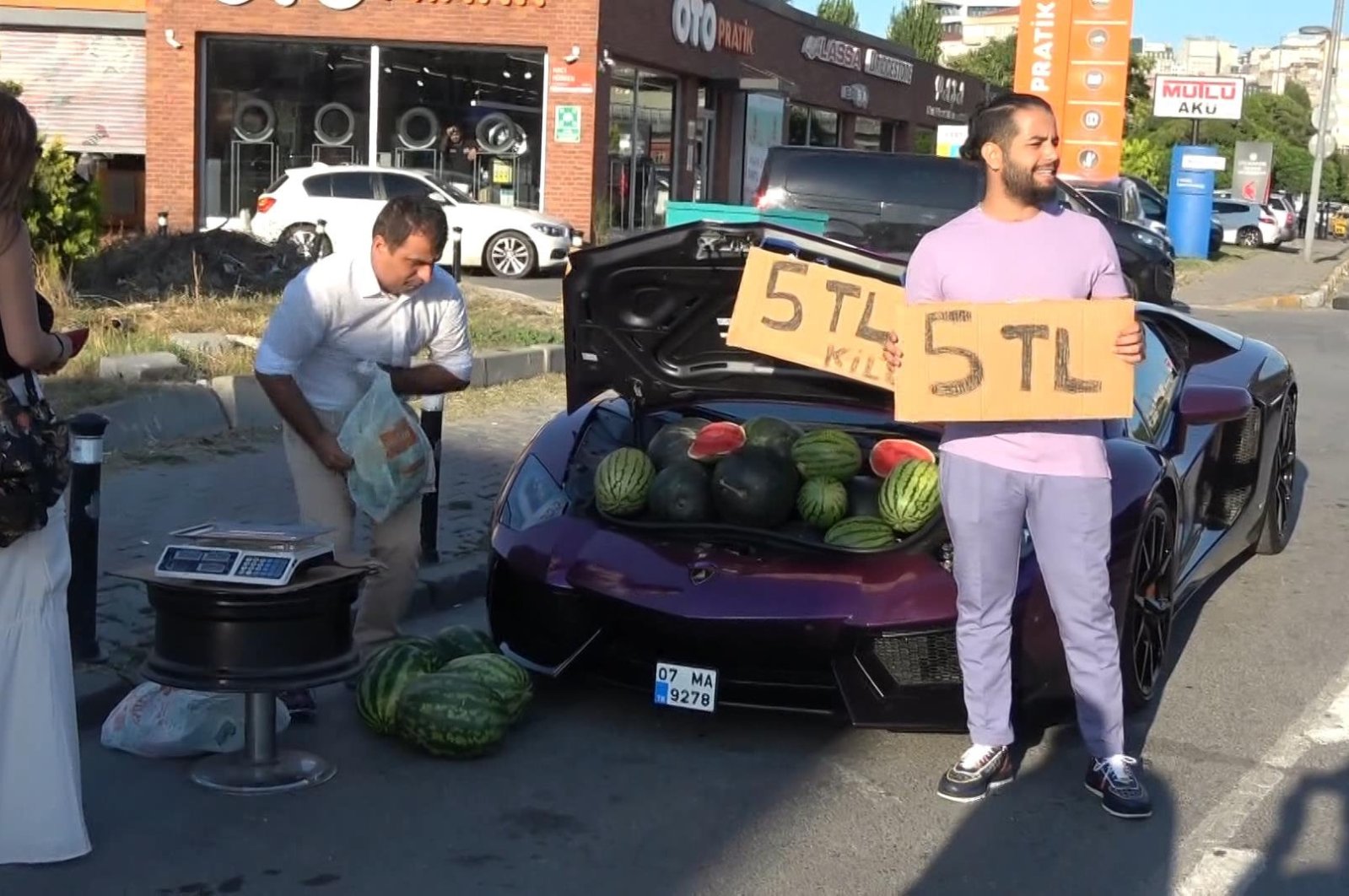 An Iranian man’s social media stunt featuring watermelons sold from the trunk of a supercar ended with a fine after Turkish authorities said he had violated traffic rules.

The episode took place in Istanbul’s Beyoğlu district on Wednesday and featured a man selling watermelons out of the trunk of a Lamborghini Aventador worth TL 5 million ($670,000).

After photos of the unique fruit stall went viral on social media, reporters arrived to talk with the man but he quickly departed after he saw cameramen.

While locals were certainly amused by the stunt, it appears the police were not.

According to reports on Friday, police officers issued a TL 1,233 fine to the Iranian national, who was identified by his initials M.H.F.

Authorities said the Iranian was fined for “using a vehicle outside of its registered purposes.” The car was also banned from the streets for 15 days due to the violation.

Local reports said the man was is a popular online personality in Iran, confirming the act as a social media performance.