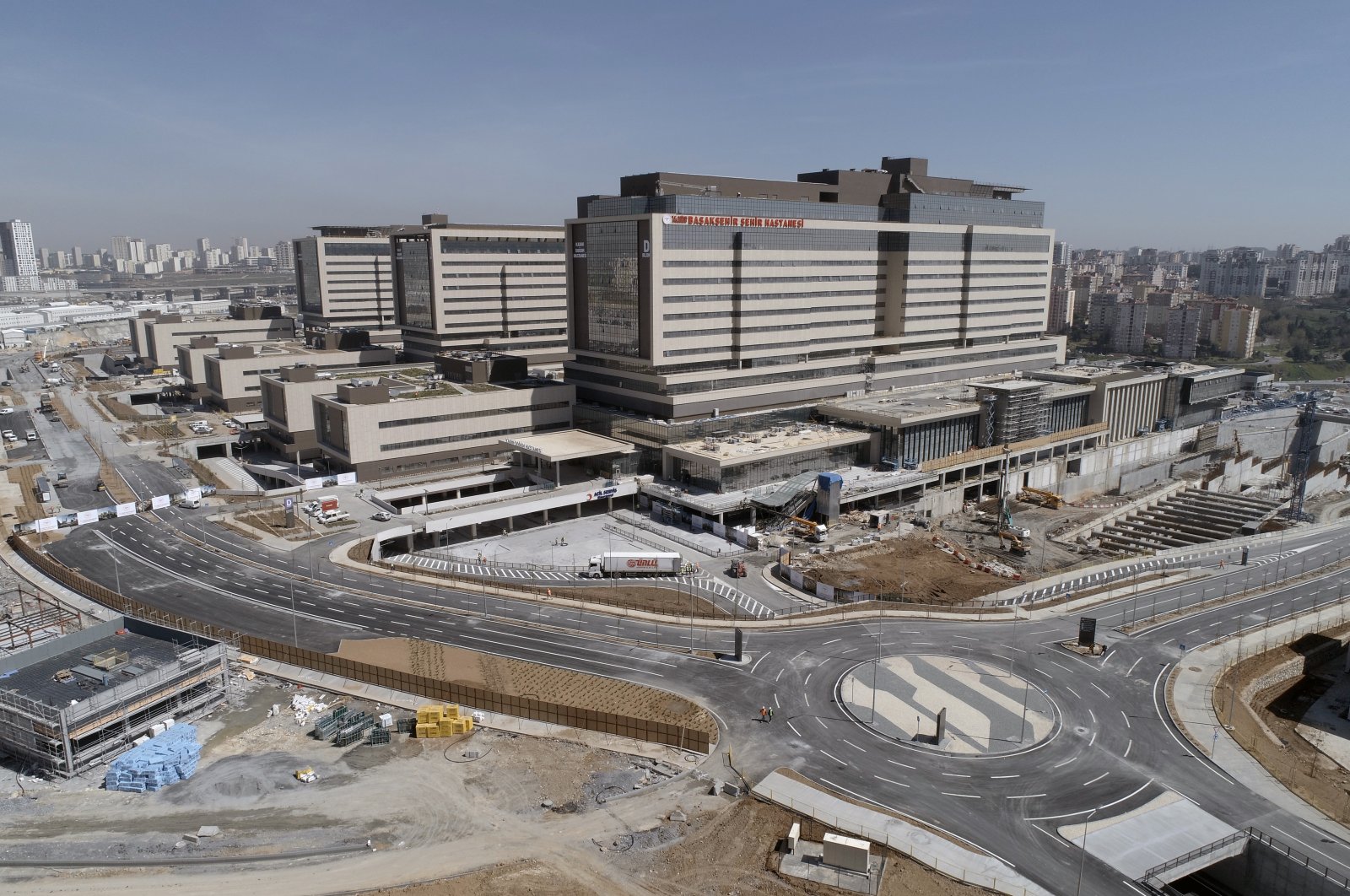 A new hospital complex partially opened in Istanbul on Monday to assist in Turkey’s fight against the COVID-19 outbreak.

Başakşehir City Hospital is a massive health care complex in the eponymous Istanbul district, a flourishing suburbia on the city’s European side. A link in Turkey’s chain of city hospitals, a concept to create health care hubs merging several hospitals, the hub will begin admitting patients at a time of mounting COVID-19 cases.

Speaking at the opening ceremony, Health Minister Fahrettin Koca said the maternity unit and children’s hospital in the complex were opened, for the time being, adding that both would serve as pandemic hospitals until the outbreak crisis was over.

“All of the beds at Başakşehir City Hospital can be turned into ICU beds if need,” Koca said, adding that the current units were all equipped with ventilators.

According to the minister, the hospital would be the largest in Europe in terms of intensive care units (ICU) once it is fully opened.

Also speaking at the inauguration, President Recep Tayyip Erdoğan said the complex would be fully opened on May 20.

Hailing the hospital and the expansive health system in general, Erdoğan said Turkey was self-sufficient in dealing with the coronavirus crisis.

“Turkey has shown its strength by being self-sufficient at a time when global alliances and organizations have ceased to have meaning,” he said.

“We should value what we have at a time when the health care systems of all of the so-called developed nations have fallen apart, when people are dying in their homes or in hospital corridors. Even if we don’t have the largest number of doctors or beds, the amount of intensive care units has put Turkey in an advantageous position during the pandemic,” the president said.

As the pandemic worsens around the world, Turkey has mobilized every hospital in the country to cope with the mounting number of cases. City hospitals, with their large capacities, have been at the forefront of efforts to respond to the growing number of patients. The Health Ministry also started constructing two field hospitals on the European and Asian sides of Istanbul, the city with the highest number of cases. The hospitals will have a 2,000-bed capacity. Also in March, authorities unveiled a new hospital in the city’s Okmeydanı district with more than 600 beds and 99 high-tech intensive care units, opening their doors earlier than the scheduled opening date to help with anti-pandemic efforts.

The city hospital project is part of the government’s ambition to increase bed capacity and address a shortage of doctors in cities with a high population density. They are mainly located in suburban areas and operated with a private-public partnership model. They are leased to private companies, and the government pays a fee for medical imaging, laboratories, security, maintenance and health care workers' salaries. Ten city hospitals have been established across Turkey so far, with an investment of more than $5 billion.