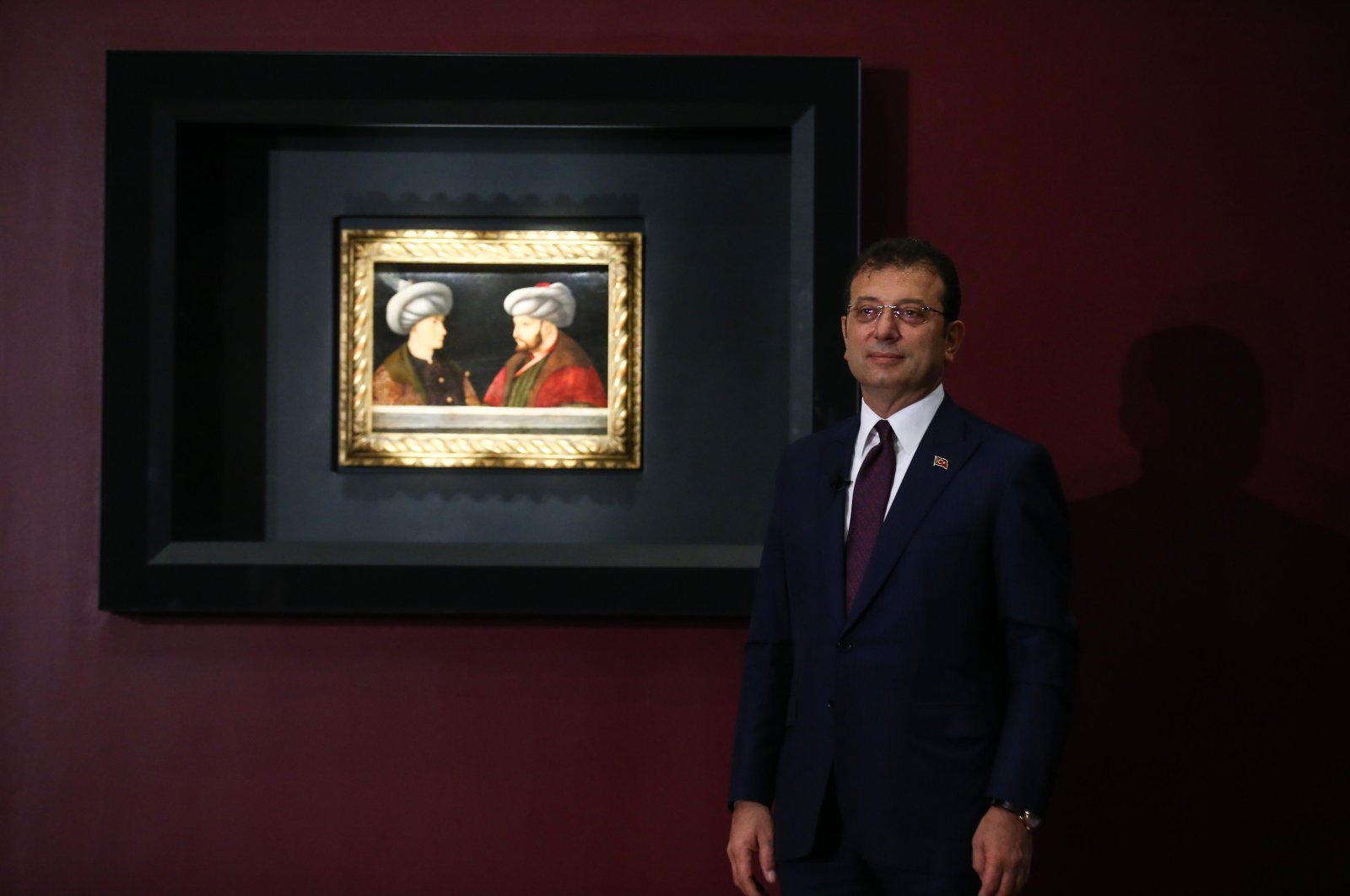 A portrait of Ottoman Sultan Mehmed II, which was bought by the Istanbul Metropolitan Municipality (IBB) in June, was put on display for the press for the first time on Friday by the city’s mayor, Ekrem Imamoğlu. The portrait of the sultan, also known as Mehmet the Conqueror for his conquest of the city from the Byzantine Empire in 1453, will be on public display soon. The painting was bought at an auction at Christie’s in London.

The municipality stirred up controversy by paying 770,000 pounds ($955,000) for the painting, which some social media users say is falsely attributed to notable 15th-century Italian artist Gentile Bellini. Though it is not exactly known if Bellini himself painted it, it is believed to have been made in Bellini’s workshop.

The identity of the person painted next to the Ottoman sultan is also a subject of debate. Imamoğlu said there were different interpretations by experts but most believe it is Cem Sultan, the sultan’s younger son who was forced to go into exile after he lost a battle of succession to his brother Sultan Bayezid II after Mehmed II’s death.

Imamoğlu told reporters at City Hall that the painting will be opened to visitors on Oct. 6, the anniversary of Turkish forces retaking the city from invading forces in the aftermath of World War I. “It is a great feeling to have such a painting of Fatih (the Conqueror) back in Istanbul,” the mayor told reporters. He said that along with the public, several statesmen and descendants of the last Ottoman sultans were invited to the ceremony for the display of the portrait in October.