Mayor under fire as Istanbul grapples with water shortage, pollution 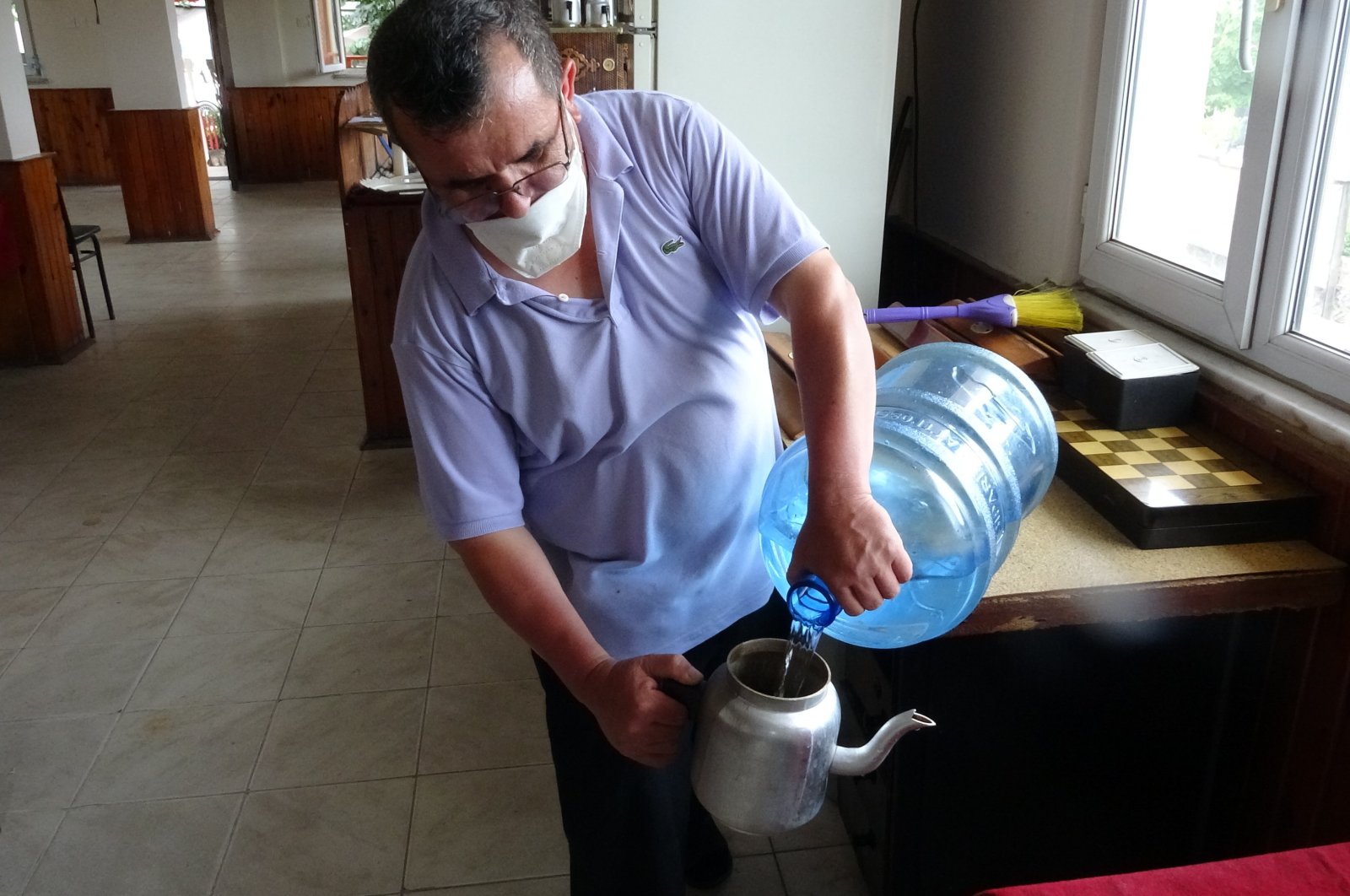 A dayslong water shortage in a far-flung district and the pollution of water bodies pose challenges for the Istanbul Metropolitan Municipality. As complaints mount, the municipality looks to deflect the blame, citing natural occurrences and overpopulation. Nevertheless, it has failed to avoid becoming a target of criticism as photos and videos reminiscent of the early 1990s emerge.

“The new season of the series you have been waiting for has been released. It takes place in Istanbul. DARK (Istanbul). Year: 2020, Genre: Drama. IMDB: 0.0,” Minister of Industry and Technology Mustafa Varank tweeted Monday, with a photo showing people gathered around a water tanker and filling cans with water in the eastern district of Şile. Varank was referring to an earlier tweet by the opposition Good Party (İP) leader Meral Akşener who jokingly urged President Recep Tayyip Erdoğan not to shut down streaming platform Netflix without watching the latest season of popular German TV series Dark.

Şile residents have complained of frequent water cuts since last Friday, while several neighborhoods have not had any running water since last week. The municipality blames insufficient water supply in the face of the increasing population of the district, which is a popular getaway for Istanbulites due to its breezy location near the Black Sea during hot summers. The municipality says the number of people spending their weekend in the district reached 1 million but a “water pressure” problem prevents water utility companies from supplying enough water, especially to areas on elevated ground. It also pledged a swift solution to the problem while water tankers sent by water utility company ISKI were sent to the district.

For older residents of the city, the images of lines in front of water tankers recall similar scenes in the 1990s when water shortages were a daily occurrence all across the city before then-Mayor Recep Tayyip Erdoğan, now the incumbent president of the Republic of Turkey, took office in 1994. Ironically, the shortages returned after Erdoğan’s Justice and Development Party (AK Party) lost the latest municipal elections to the opposition candidate Ekrem Imamoğlu.

Along with water shortages, the municipality faces criticism for pollution in several bodies of water, including in the Golden Horn, whose waters turn darker every day. The municipality said earlier that the change of color is due to an algae bloom, a natural incident, while the Ministry of Environment is investigating causes of the pollution. The municipality also links an unusual green shade of water at the Elmalı Dam that supplies water to the city to an algae bloom. Critics say mass fish deaths in Küçükçekmece Lake and pollution in Aydos Lake and Göksu stream are the result of the municipality’s mismanagement of water purification facilities. “Take a trip down the memory lane. This is what we call Eko-Disaster,” AK Party’s Istanbul branch director Bayram Şenocak said, in reference to the informal shortening of the mayor’s first name.