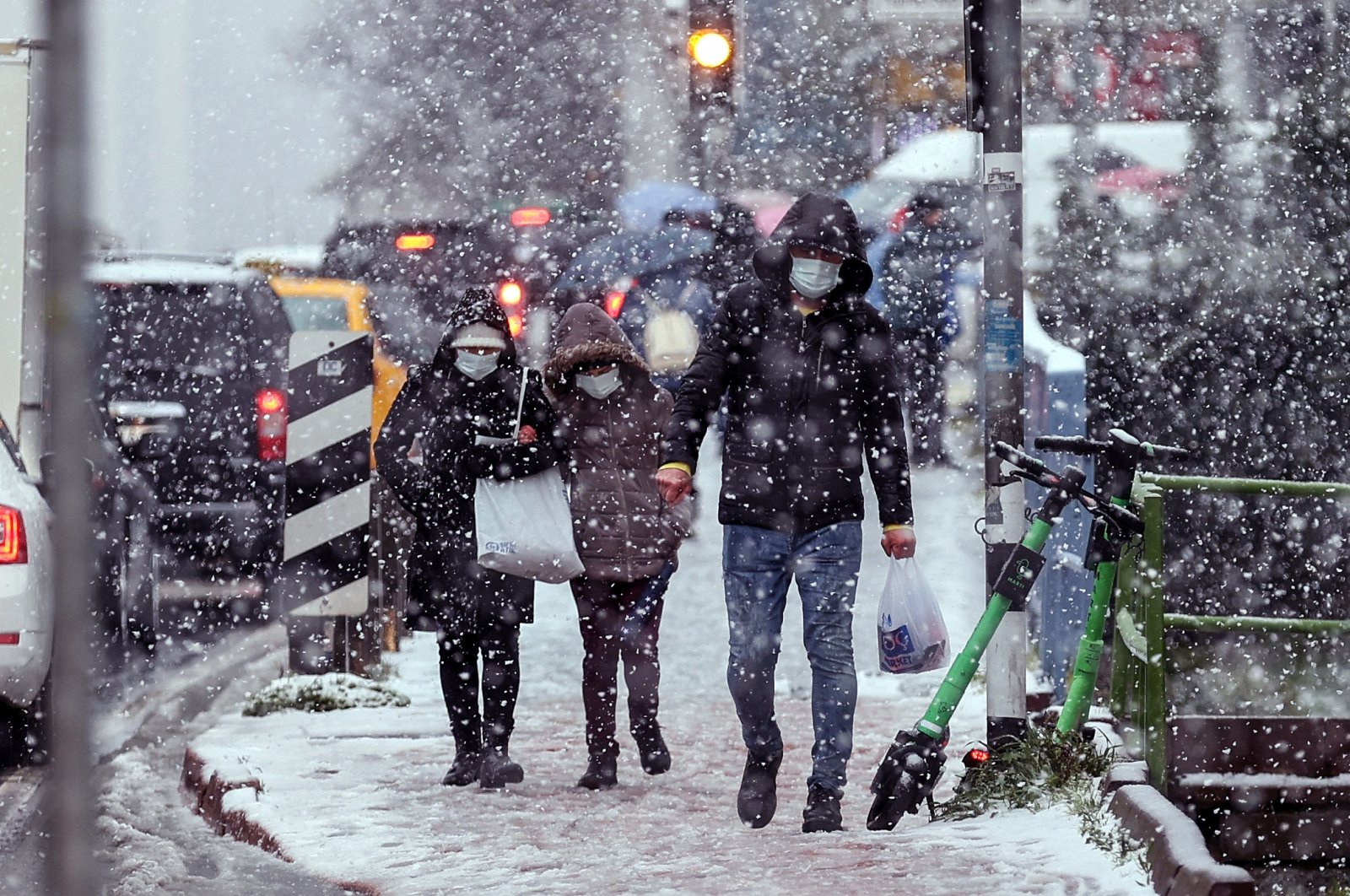 Turkey is once more facing a cold front as snow blanketed the city of Istanbul on Wednesday, with the unseasonable spell of weather drawing the city’s traffic to a halt, while other cities are affected by heavy snowfall as well

Istanbul was battered by snowfall in the early hours Wednesday, an unusual occurrence for this time of year in the country's most populated metropolis which has experienced two brief but heavy snow spells over the last two months.

The precipitation first gripped the Asian side of the city before making its way to the European side, bringing the already congested morning traffic to a halt in some places. Although the meteorology forecast had warned about snowfall, most people were expecting it to be a temporary spell, in a month which is usually associated with warm, if not outright hot, weather.

For locals, it was an opportunity to take photos in popular locations blanketed with snow but also an ordeal for motorists. Frustrated drivers had to wait for hours, especially on sections of the D-100 highway on the Asian side. A road connecting Arnavutköy and Hadımköy districts on the European side was closed to traffic when a truck drifting on the icy road overturned. Motorists were stranded for a while as snowplows sent to the area were unable to reach it.

Sudden snowfall also drove more people to the mass transit system, causing crowds at bus stops and Metrobus stations, while the slowed traffic delayed bus services. The Marmaray, an undersea rail service connecting the city’s European and Asian sides, also brimmed with passengers avoiding the traffic on the bridges over the Bosporus. A brief hailstorm also hit some districts.

Turkey in general was hit by a cold spell this week, along with heavy downpours. Temperatures dramatically dropped in most of the country since Monday. Snowfall was particularly dense in the eastern parts. Turkish State Meteorological Services (TSMS) warned last week of possible whirlwinds around the country’s coasts and strong winds especially in western, northern and eastern areas.

The capital Ankara was also gripped by snowfall late Tuesday, after two days of rainfall. Snowfall continued into Wednesday and snow depth reached 30 centimeters (11.81 inches) on higher ground. Traffic jams were visible in parts of the capital while municipality crews strived to clear the roads. Elsewhere, snowfall disrupted transportation in Samsun, Kastamonu, Tokat and Sinop in northern Turkey. In the central province of Çorum, roads to 97 villages were closed due to snowfall. The majority of village roads in the western province of Bilecik were also closed to traffic. In the eastern province of Muş, downpours hit rural areas, inundating a vast swathe of agricultural lands and animal farms.

Snowfall in March is a stark contrast to the fact that Turkey has been through the third warmest winter in the last five decades. Figures by Anadolu Agency (AA) show that the average seasonal temperature, which was usually 3.6 degrees Celsius (38.48 Fahrenheit), reached 6.2 degrees Celsius this winter. Rize in the north had the highest temperature in winter, at 27 degrees, while Ağrı broke the national record with the lowest temperature at minus 34.5.