Mosque to finally be unveiled in Istanbul’s Taksim Square 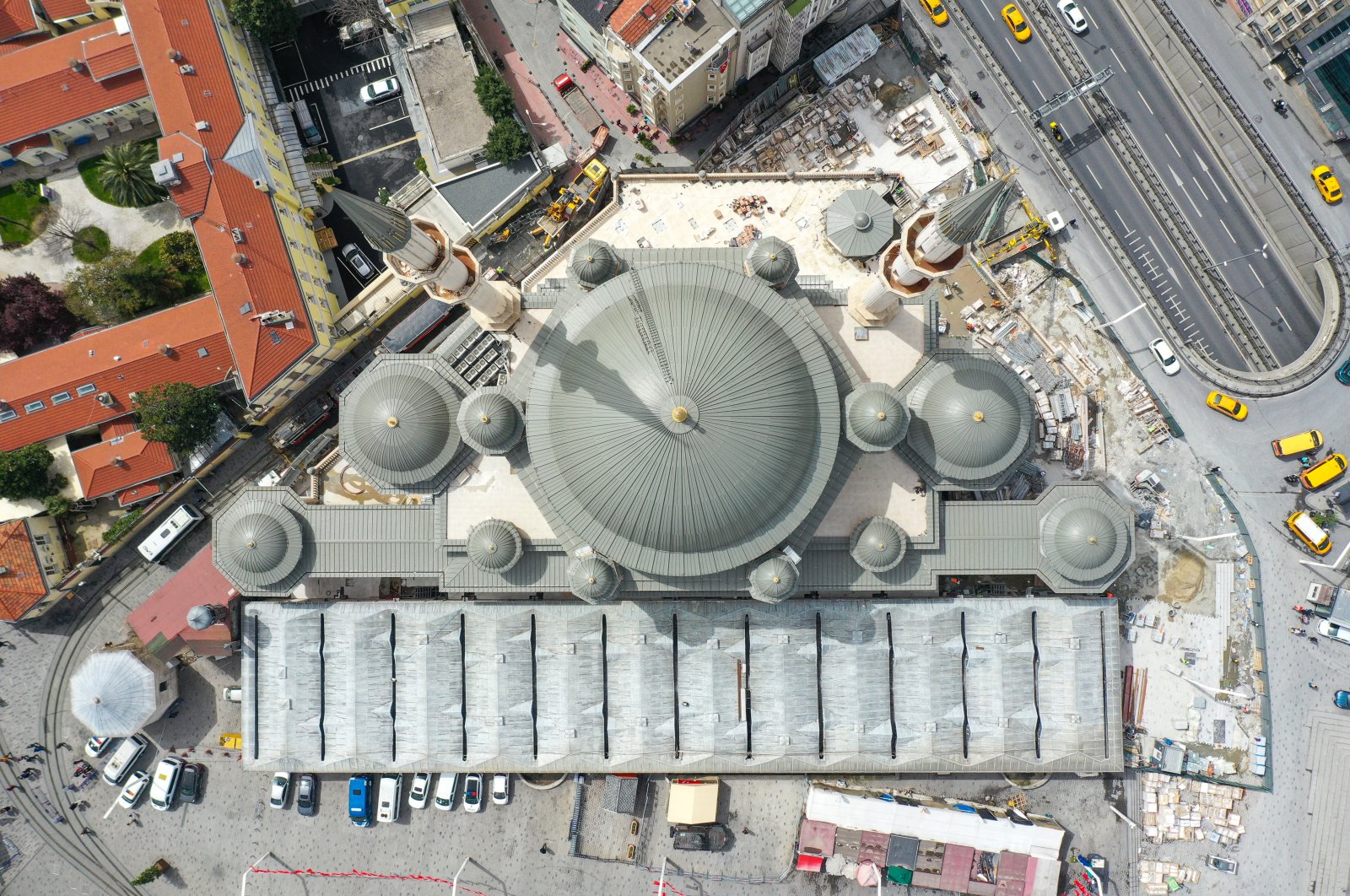 Istanbul's long-awaited Taksim Mosque will finally open its doors on May 7. Attempts have been made to build a mosque in Istanbul's Taksim Square since the 1950s, but none were successful due to bureaucratic complications, despite it being a Muslim-majority country. After four years of construction, the mosque, which can host 2,250 people to pray at the same time, as well as conference and exhibition halls, will soon be ready to serve all Muslims whether local or visiting.

Taksim Mosque, located at the center of one of the busiest parts of Istanbul, addresses the needs of the faithful as there were just two small mosques in the area. The mosque, located near several churches with the most prevalent being Hagia Triada Greek Orthodox Church, is a reflection of Istanbul's tolerance of religions and ethnic groups.

Designed by two Turkish architects in the art deco style, the triple-story mosque will have an underground parking lot as well as a conference and exhibition hall.

Painting work inside the mosque has been completed. The Quran plates written by famous Turkish calligraphers Davut Bektaş and Adem Turan have also been completed.

In 1952, the "Taksim Mosque Building and Sustenance Association" was founded with the aim to construct a mosque in Taksim Square. Later on, the association was closed after the 1980 coup in Turkey. The Council of State stopped the Taksim Mosque project in 1983 on the grounds that it was "not in the public interest."

Still, the dream of the Taksim Mosque remained on the agenda during the governments of Turgut Özal in the 1980s and Necmettin Erbakan in 1996. The project has always been scrutinized in the media and faced legal obstacles.

It was deemed "unnecessary" by past governments, and any attempt to build it had faced fierce opposition from the secular elite that argued it was an act of "Islamization," despite high demand from practicing Muslims.

The mosque was approved in January 2017 by the Board of Preservation of Cultural Monuments, which oversees construction on preserved, historic sites, thus clearing the final hurdle for the construction of the mosque long championed by President Recep Tayyip Erdoğan since his days as the city's mayor in the 1990s.

Erdoğan, who was elected the city's mayor in 1994, had repeatedly pushed for the construction of the mosque though it faced opposition. The president suggested the construction of a mosque in the area when authorities were planning a thorough renovation of Taksim Square four years ago.

At the inauguration ceremony for the mosque's construction on Feb. 17, 2017, former Istanbul Mayor Kadir Topbaş said that Taksim Mosque is not "a victory for a cause" but rather the "formation of an understanding on a humane need."