Mucilage in Marmara Sea not hazardous or toxic, minister says 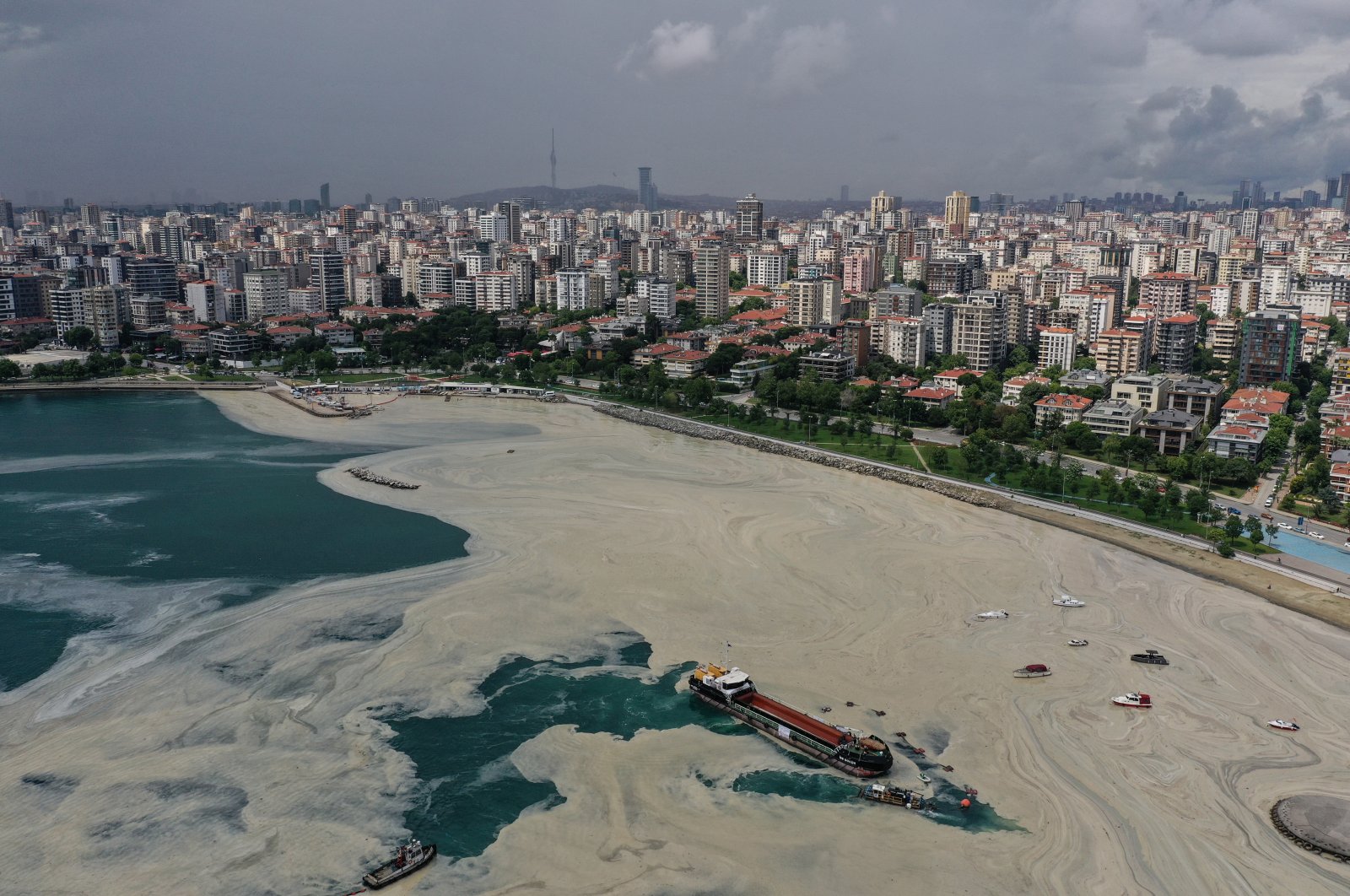 Sea surface cleaning vessels and barrier-laying boats of Istanbul Municipality clean up the sea snot, a thick slimy layer of organic matter also known as marine mucilage, spreading through the Marmara Sea and posing a threat to marine life and the fishing industry, in Istanbul, Turkey, June 15, 2021. (Reuters Photo)
by Daily Sabah with AA Jun 16, 2021 11:55 am
RECOMMENDED

Initial studies have shown that the marine mucilage, known colloquially as "sea snot," in Turkey's Marmara Sea is "not hazardous waste and does not show toxic properties," the country's environment and urbanization minister, Murat Kurum, said Tuesday.

Increasing the oxygen level at the surface and bottom of the sea is among their goals, he added.

The minister noted that a total of 2,942 inspections aimed at minimizing the pollution in the Marmara Sea were carried out in seven provinces, and as a result, a fertilizer factory, a thermal facility and three shipyards were closed, while administrative fines totaling TL 10 million ($1.16 million) were imposed on 55 facilities and nine ships.

Kurum said he is hopeful that scientific studies on the Marmara Sea can be completed by the end of July and that the entire sea could be declared a protected area.

He added that a continuous wastewater monitoring system will be introduced at all wastewater treatment plants to control all sources of pollution in the sea.

"We will establish a zero-waste system in all buildings in the Marmara region," he vowed.

Sea snot has dealt a huge blow to fishing, the main income for thousands in the Marmara, with fish turning up dead in areas affected by the sea snot. Although experts say the snot does not leave “poison” inside the fish as previously presumed, fishermen have complained of a drop in sales. Sabah newspaper reported that fish sales in the Marmara provinces decreased 70% after the news of the sea snot. Though fishing season, which otherwise started out well, is now over, fishermen say that if the problem lingers, the new season may see a further drop in sales. Authorities say it may take at least one year to clean up the sea snot. Elsewhere, sea snot also threatens tourism, with reports of mass cancellations of bookings at hotels and similar venues in popular vacation spots, from Istanbul’s Prince’s Islands to Erdek and Çınarcık on the southern shores of the Marmara Sea. Real estate agents also report a lull in sales and rentals of summer residences in areas along the shores.

The sea snot – mostly accumulated in Mudanya, Gemlik Bay, Gebze and its surroundings, the coastal areas of Istanbul's Anatolian side and around the Princes' Islands – also partially covered the shores of the Marmara Sea.

The substance covering the central coast of Turkey's northwestern Yalova province was dispersed by the wind to coastal areas of the Çınarcık and Armutlu districts as well as the town of Esenköy, which are important touristic hubs.