New limits on gatherings introduced in Istanbul amid COVID-19 spread 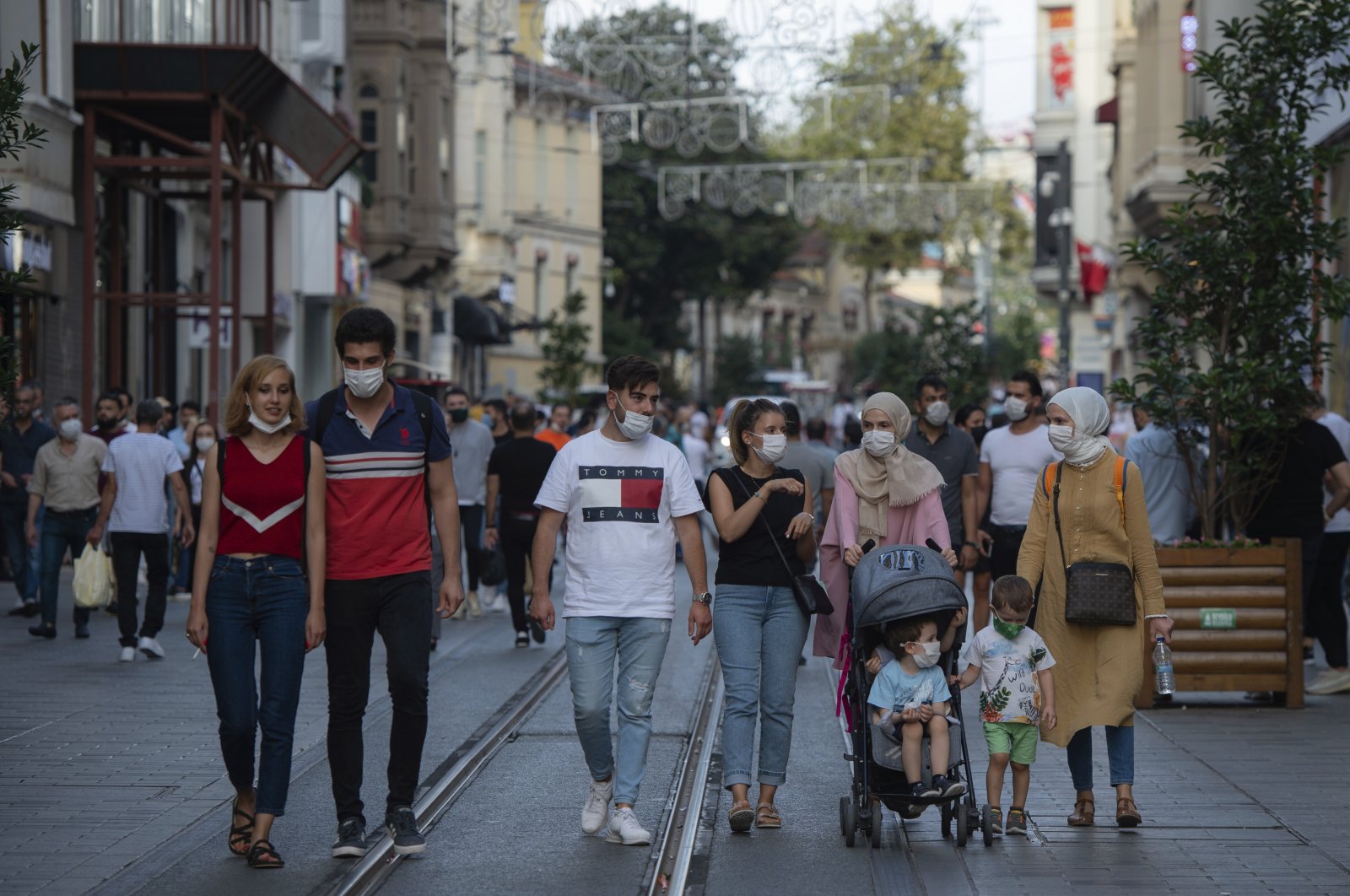 People wearing masks for protection against the spread of coronavirus, walk along Istiklal street, the main shopping street in Istanbul, Friday, Sept. 11, 2020. (AP Photo)
by ASSOCIATED PRESS Sep 12, 2020 10:20 am

The governor of Istanbul has banned boating companies from hosting weddings and similar gatherings as part of new measures to combat the spread of COVID-19 in Turkey's most populous city.

The governor’s office also reintroduced a ban on concerts and festivals in open spaces.

A statement from the office late Friday said the restrictions were needed because people were not adequately heeding precautions like physical distancing and confirmed virus cases have increased.

Coronavirus infections and deaths began increasing in Turkey after the government loosened restrictions on public activity in June, returning to levels last seen in mid-May.

On Friday, the Health Ministry announced 56 more deaths and 1,671 new cases, bringing the country's total death toll in the pandemic to 6,951 and cases to nearly 290,000.

Officials have cited engagement parties and weddings as a key source for new infections and introduced restrictions on social gatherings. Some turned to holding celebrations on party boats that cruise Istanbul’s scenic Bosporus strait, which bisects the city of about 16 million.