Obama calls his visit to Istanbul during his tenure 'wonderful' 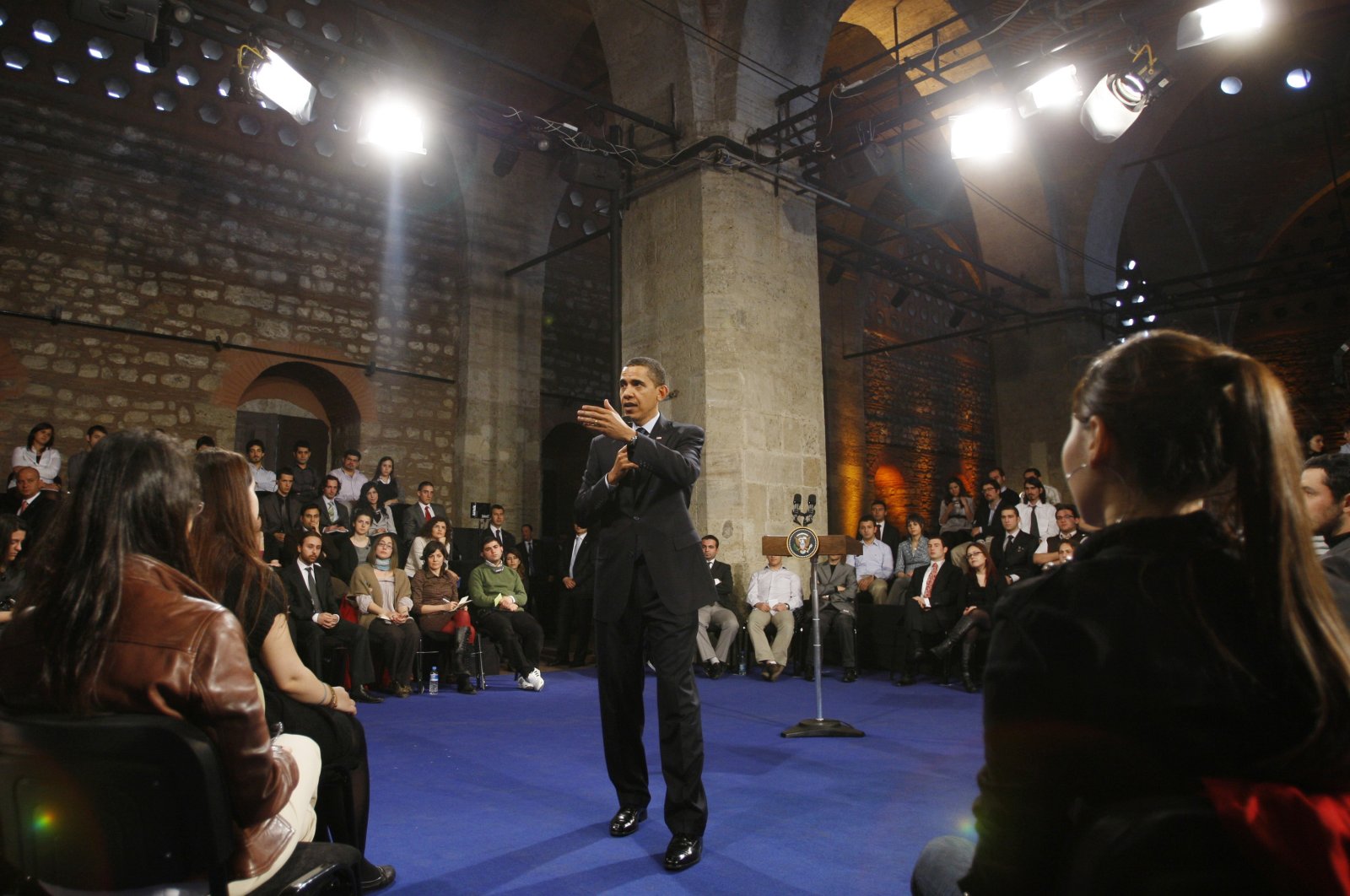 Former United States President Barack Obama said late Thursday that he had spent a "wonderful" time in Turkey during his first overseas trip as president in 2009.

"I visited Istanbul (the largest metropolitan city of Turkey) on my first trip abroad as the president, and it was wonderful," Obama told younger generations in his speech at the online program "Reshape Virtual Summit 2021."

During his first term as the U.S. president, Obama visited Turkey between April 5 and 7, 2009. He stayed in the capital Ankara for two days and visited Istanbul to participate in the "Second Forum of the Alliance of the Civilizations," where he visited historical places including Sultan Ahmet Mosque, also known as Blue Mosque.

Turkey is an "extraordinary country with extraordinary people," he said, stressing that "meeting incredible young people" meant a lot to him.

The former U.S. president said visiting the 17th-century Blue Mosque in the Fatih district of Istanbul was also a great experience for him.

The Blue Mosque, located in one of the special historical sites globally, connects the past, present and future, he added.

The grand mosque is considered to have one of the most beautiful religious architectures in the world.

Obama also said he was not following TV news when he was president because the news is designed "to attract the audience" and it was "not good" for him as he was trying to make strategic long-term decisions for his country.

Obama noted that he is more open to new ideas and advised young people to not only consume content but also produce, shape and empower themselves with technology.

Reshape is a two-day virtual summit that began Wednesday bringing together industry leaders, luminaries, dignitaries, disruptors, cutting-edge creators and data-driven storytellers to discuss paradigm shifts in customer experience and sustainability, as well as diversity and inclusion.