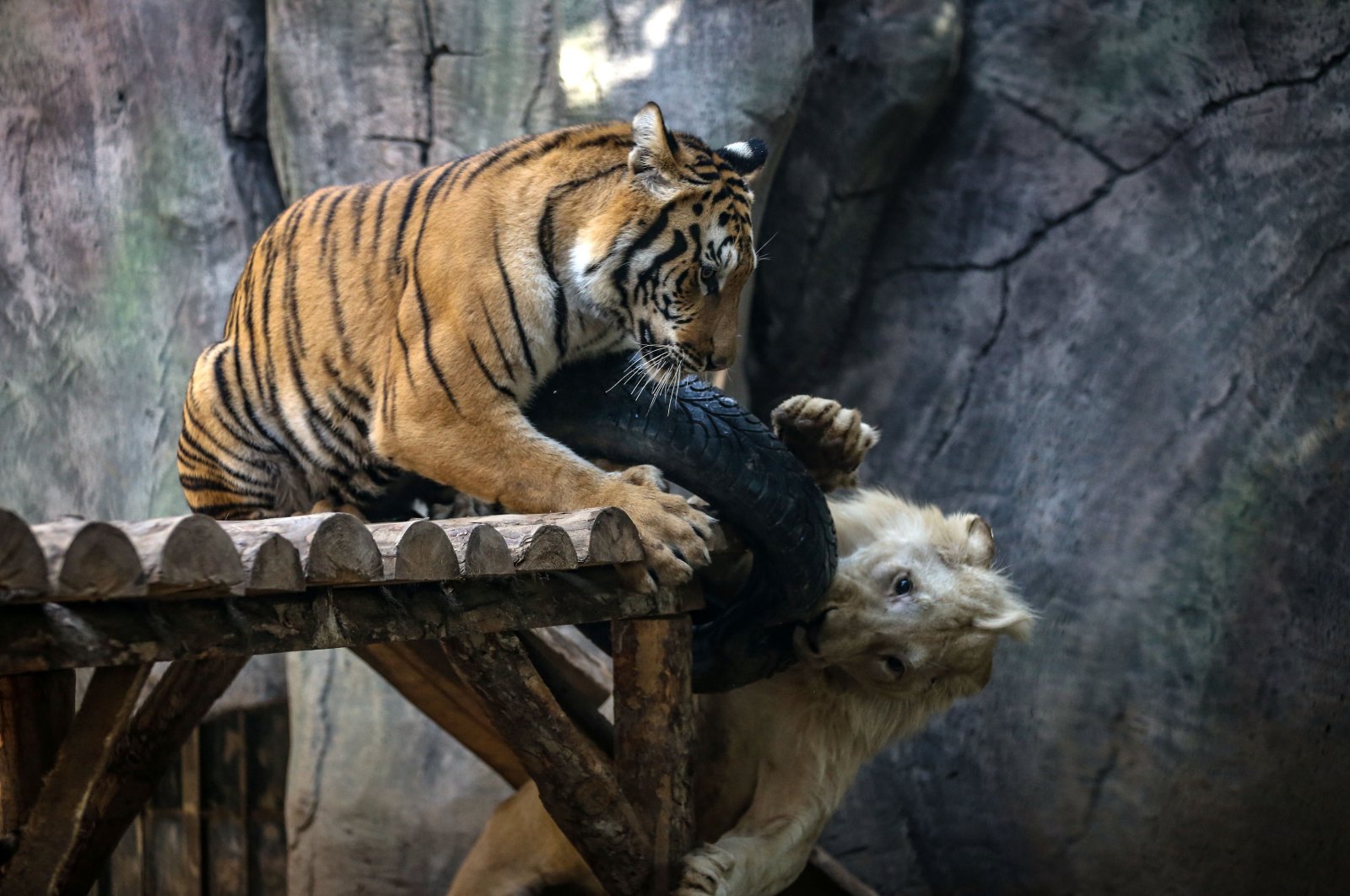 The unusual friendship between the white lion and Bengal tiger that belong to two different species of wild cats amazed the visitors in Istanbul's Aslan Park in Tuzla Viaport Marina.

The white lion called Pamuk and the Bengal tiger called Toby were born 18 months ago and became inseparable friends.

First, the two were separated when they were four months old but later the zookeepers reunited them after realizing their sadness.

"We wanted to separate them as both belong to different species ... Then we realize uneasiness in animals. We started to think about the cause.

When they got together later, we saw that they want to stay with each other. They became friends within four months." Aslan Park General Manager Gokmen Aydin said.

Pamuk and Toby who spend most of the day asleep, enjoy playing together for the rest of the time and cannot stand even short-term separations due to illness and vaccinations.